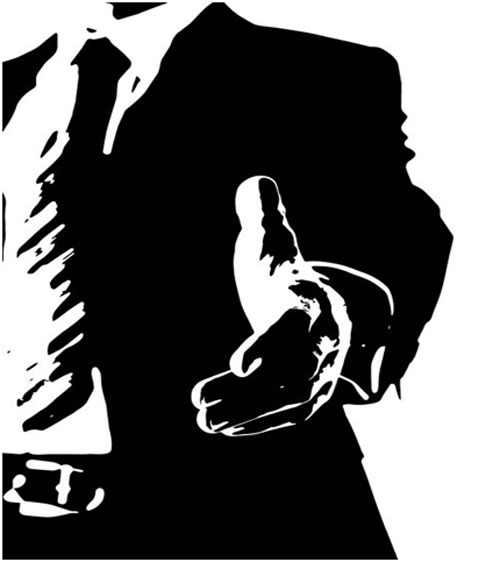 There was a time when Dewey & LeBoeuf was a prominent global law firm, but after decades of practice, the New York City-based legal institution filed for bankruptcy. However, not only did Dewey & LeBoeuf shutter, but its leaders were also indicted on charges of cooking the company books in order to fraudulently receive loans to keep the firm afloat. The criminal trial against its senior attorneys, Steven H. Davis, Stephen DiCarmine and Joel Sanders, led to a mistrial; and the highly-publicized case had many in the legal community wondering how did Dewey & LeBeouf fail so spectacularly?

During its heyday, Dewey & LeBoeuf had 26 offices around the world and almost 1,000 attorneys. It was by all means a mega-firm on the surface, but we know now that its inner-workings were grounds for failure. Before its bankruptcy in 2012, rumors swirled of its upcoming demise, and several partners jumped ship. This once prestigious firm was a victim of poor money management and bad leadership choices, but it is also a great cautionary tale for attorneys that any law firm has the potential to fail.

So how can lawyers and law firm leaders avoid failure? In the case of Dewey & LeBoeuf, one answer is to not do anything illegal, but besides the obvious, there are other actions law firms commit that guarantee their collapse. The following five reasons determine whether or not your law firm is headed for success or a closing of its doors.

5 Signs of a Successful Law Firm:

When clients hire lawyers, they believe their case is important and want to be treated as if they are a priority. That means they want someone who explains their case to them clearly, gives them regular updates without prompting, and responds quickly to their calls or emails. According to Aye Moah, cofounder of productivity software Boomerang, people are all glued to their phones, and they know their attorneys also have their phones on them. Moah told Fast Company that because of this, there is an expectation to reply right away in today’s culture.

For attorneys, it is sometimes difficult to weed through their hundreds of emails, but it is important to either develop a system to respond rapidly or to set response time expectations up front. Some attorneys mistakenly believe that clients only care about end results, but in actuality, they want someone who wins and tends to their needs throughout the case. After all, clients may not know what you do for them on a day-to-day basis, but they will remember how you made them feel.

Healthy client relationships are one of the most important things a great law firm can have. Law firms cannot succeed without clients, and if lawyers do not nurture their client relationships then they will not only lose repeat business, but they could also end up getting fired or be bad-mouthed, which could stop future business.

There are numerous law firms that clients can choose from, so it is important for a law firm to stand out in order to attract and keep business. One way that law firms can do this is to figure out their brand, which is who they are, what they stand for, and how others view them. Then, they must stay consistent with their branding, according to the American Bar Association.

“The importance of [brand] consistency should not be ignored,” The American Bar Association stated. “It is the lead marketer’s role in a firm to own the brand and do his or her best to protect it. That includes everything from consistency in colors, logos, imagery, messaging and promotional language to discussions relating to where the firm name appears and how the wrong place might send a message that is off-brand. Sometimes bringing in the wrong lateral or adding the wrong office or practice group designation is damaging. It is the brand that you are selling and people are buying. While the concept might seem foreign to some attorneys, the truth is that it is at the core of everything you do. We’ve all got brands. Make sure you are protecting yours.”

One way a law firm can distinguish themselves and heighten their brand is to specialize. While giant firms have decades to build name recognition and thus are able to be a full-service shop, smaller law firms or solo practitioners can benefit from finding a niche and sticking with it. For instance, Jason Kurland has made a name for himself as “The Lottery Lawyer.” He specializes in Powerball and lottery winners, and he has numerous clients such as the 2011 Connecticut Powerball winner who won a $254 million jackpot. Kurland is a commercial real estate attorney as well as an estate & tax planning attorney, and he smartly marketed himself towards a niche but incredibly wealthy group of individuals who need sudden legal advice.

Kurland told Law Crossing that he became The Lottery Lawyer after he was hired by the 2011 Connecticut Powerball winner. He was already a partner at Certilman Balin Adler & Hyman, LLP in New York when the Connecticut Powerball winner was referred to him because of his expertise in trusts and estates. Six months later, another lottery winner hired him because of his work with the Connecticut winner. Kurland saw a special opportunity, and he began to design his brand. Since then, he said he has gone on to help almost 30-40 lottery winners, who find him online.

Law firms that cultivate a strong reputation attract clients, and these clients are willing to pay top dollar for the firm’s expertise. In the case of The Lottery Lawyer, Kurland has developed such a strong brand that lottery winners find him and not the other way around.

But for firms that have failed to differentiate themselves, they sometimes have to attract clients by either taking cases that no one wants or by lowering their prices. This has a ripple effect in various ways: the firm loses talent, the firm retains low-quality attorneys, or the firm’s profits are so low that it cannot continue.

Another money problem that law firms can encounter is that their expenses are too high. Whether this is caused by expensive salaries, unnecessary overheard, or just not enough business to keep the lights on, a firm that is bleeding money has no chance of survival.

One example of a law firm that went under because of money problems is Finley Kumble. In 1987, Finley Kumble shuttered even though it was one of the largest firms in the country. It started off with about 50 attorneys and grew in less than a decade to house 700. Although the boom seemed impressive, it was ultimately the cause of the firm’s downfall. Finley Kumble obtained their lawyers by aggressively poaching them and offering exorbitant salaries that turned out to not be justified. Coupled with heavy debt, it was no wonder the firm folded.

The lesson learned from Finley Kumble and other similar stories is that, at the end of the day, law firms and solo practices are businesses and must be run like a company. Lawyers need to develop big books of business, law firms should mind their expenses, and law firms should screen clients to make sure that they will pay their legal fees in a timely manner.

Not managing money well is a sign of bad leadership, but there are other ways that law firm leaders can harm their firm. Law firm leaders set the tone of the culture, and if they don’t communicate well, are hostile, are lazy, or any other negative characteristic, this will trickle down. On the flip side, leaders who innovate and lead by example create an environment where attorneys strive to be their best.

“A successful firm leader leads by example; he or she is the antithesis of “Do as I say, not as I do.” Such a leader allows the team to have autonomy but provides an overall vision and, importantly, links all activities back to the firm’s goals and mission,” Catherine Sanders Reach, Director of the Law Practice Management and Technology Program, told the American Bar Association.

Harrison Barnes, CEO of BCG Attorney Search, added that law firms also need to have an effective leader that is full-time.

“Having an effective leader as managing partner, though certainly not a panacea, can go a long way to helping a firm weather the storm of change going on all around us,” Barnes said. “Unfortunately, effective leaders are not in abundant supply in most law firms. Contrary to popular myth in the profession, the managing partner`s job - at least today - is not one that can be effectively performed by any partner who decides to devote a portion of his or her time to it.”

Legal experts agree that law firms that are creative and strive to keep up with the times are the only ones that have a chance of survival.

“Many law firms, if not most, fail because they are slow to see and adapt to changes,” Oliver Armas, Managing Partner of Hogan Lovells’ New York office told Law Crossing. “There are more disruptors in the marketplace than ever, and firms need to be nimble and aggressive in staying ahead and relevant. Those firms that embrace innovation and aren’t afraid to change, like Hogan Lovells, will not just survive but thrive (and the dinosaurs will have an unfortunate and inevitable outcome).”

Clients nowadays are starting to reject the old model of paying huge sums for work done mostly by junior associates, and successful law firms have been finding ways to meet their demands that are still profitable to the firm. Examples include using artificial intelligence to speed up research, offering up-front pay structures, and allowing lawyers to work remotely to cut overhead.

Another demand that clients are seeking that successful law firms strive to meet is the request to have more diverse attorneys. Research has shown that law firms are mostly full of white, straight men; and clients are seeking a change from the homogeny. Successful law firms recognize that they must overcome their unconscious biases, and that leads to initiatives such as the “Mansfield Rule.”

In the summer of 2017, 30 law firms vowed to do the “Mansfield Rule” during hiring, a concept modelled from the “Rooney Rule.” The Rooney Rule is a National Football League practice which requires teams to interview at least one minority candidate when hiring for top coaching positions. In the legal world, the “Mansfield Rule” is a similar principle but used during law firm management hiring. Big clients such as 3M, Wal-Mart, and CBS commended the participating law firms, which included DLA Piper.

“Our adoption of the Mansfield Rule ensures that we’re following through on our commitment to diversity and thinking broadly whenever new leadership positions come available at all levels across the firm,” Roger Meltzer, DLA Piper Global Co-Chairman and Co-Chairman of the Americas, said. “We’re glad to pilot this initiative, which will benefit not only our firm but the legal industry as a whole.”

How do you think law firms can avoid failure and cultivate success? Let us know in the comments below.

Effective Strategies for Increasing Traffic to Your Firm’s Website