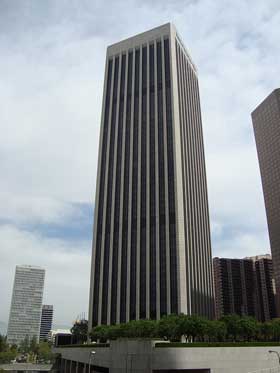 Advice to law firm management: File with the city, county and state as well as with the state bar of California. I am suspecting tax evasion and I have repeatedly reported my findings to multiple forms of enforcement for years.

Pros: No such thing. Their listing with the Secretary of State was not renewed for over a decades time. Wrong termination by this entity who has blacklisted me, preventing me from regaining my digital identity, employment and who seems to be hounding me in many ways since 2014. I never agreed to any form of "digital" discovery. No deposition was ever conducted.

Partners to Avoid and Why: Travis J. Anderson, Del Mar office. They have many offices with no listings for those cities, counties or states.

Favorite Things About this Firm: Learning the ins and outs of what criminal activities they have been conducting for years. Reporting and communicating in regards to them in order to prevent them from further harming myself and others that they have dealt with in the past.

Advice to law firm management: HR or management teams need to focus on keeping everyone there really top notch and do away with the poor performers.

Pros: This place has gotten better over the years, and the team focus is really the best I have ever seen, great benefits too.

Cons: A bad apple can get within the ranks and try to spoil the rest. I think a system of report the bad fruit could be installed within the business system here.

Sheppard Mullin is a full service Global 100 firm handling corporate and technology matters, high stakes litigation and complex financial transactions. From our 15 offices in North America, Europe and Asia, we offer global solutions to our clients around the world, providing seamless representation in multiple jurisdictions. Chicago is our kind of town – that's why we opened here in July 2012. Our clients are increasingly involved in business across the nation that involves the Midwest generally and Chicago specifically. Establishing a Chicago presence is a key strategic step in growing and strengthening the firm's national footprint. We're glad we're here! Given Korea's size and importance in the world economy and the fact that we wanted to be in the same city as so many of the firm's important clients, we felt it imperative to be one of the first U.S. law firms to open in Seoul.

Sheppard Mullin practices law in the following areas and works with its clients to provide the best possible legal solutions.

Sheppard Mullin follows the set of hiring criteria outlined below.

The firm looks for students whose personal qualities, academic records and other achievements demonstrate exceptional ability, motivation, legal skills and potential for growth. The firm prefers students who show superior academic standing in college and law school. Participation in extracurricular activities is an added advantage. Students who demonstrate experiences that evidence initiative and responsibility are most likely to be accepted. Ties to Orange County help.

Sheppard Mullin attorneys interview at approximately 20 national and regional law schools each fall, and the firm also participates in a variety of job fairs throughout the country. Its on-campus visits occur between mid-August and early September, with callbacks extended soon after each visit. The firm's interviews are with second-year (or third-year evening) students only.

Those students whose law schools are not on the firm's campus interview list are welcome to send the resume and transcript to their office of interest.

Those students who are called back, usually interview with 4-5 attorneys in our office and have lunch or dinner with 2 additional attorneys. Each office's Recruiting Committee meets periodically to review evaluations of students that have visited their office. The firm strives to notify students of the results of their callback as soon as possible. Students receiving offers will have 28 days to accept or refuse it.

The firm is committed to Pro Bono and encourages and supports its attorneys in their pro bono efforts. Across the country, the firm has an admirable record in providing community service and legal services to those who desperately needed it, but who were unable to pay for it.

Its lawyers have earned plaudits for their pro bono efforts and the "The Recorder" recognized the firm's pro bono efforts in its 9/14/2012 issue, commending it for a "a commitment to pro bono clients or causes through determined and creative advocacy."

The firm handles all its pro bono work with the same dedication and commitment and with all available resources as it does its other activities.

Legal Jobs in Los Angeles and Near Locations

In 2012, nineteen Sheppard Mullin partners were recognized by PLC's "Which Lawyer?" as top attorneys in their practice areas.

In 2012, U.S. News & World Report and Best Lawyers ranked Sheppard Mullin among the "Best Law Firms" in the country, including rankings in 33 practice areas nationally and 59 practice areas by metropolitan regions.

October 29, 2012, The Orange County office of Sheppard Mullin was named among the city's "Best Places To Work" by the Orange County Business Journal in the publication's annual list.

September 25, 2012, Sheppard Mullin was ranked in Modern Healthcare's "2012 Largest Healthcare Law Firms" list. The ranking is based on a firm's healthcare lawyers headcount and AHLA memberships.

Sheppard Mullin was ranked #24 nationally in the 2012 Associates Survey conducted by The American Lawyer.

PAugust 22, 2012, The San Diego/Del Mar and San Diego/Downtown offices of Sheppard Mullin were named among the "Best Places to Work" by the San Diego Business Journal in the publication's annual list. The rankings are based on employee surveys and company benefits.


Sheppard Mullin has a long-standing commitment to both increasing and sustaining diversity in the legal profession. The firm's Diversity Committee, set up to address the wide range of vital issues that the legal profession was facing, has sponsored many initiatives and programs to accomplish their objectives.

The firm says that it is committed not only to having a diverse workplace, but also to providing quality training, mentoring, and opportunities for growth and business development to all its attorneys. The firm says it understands the developmental role such issues play in the growth of the attorneys.

In 1946, at a time when there were few women practicing law, Sheppard Mullin became one of a handful of law firms in Los Angeles to hire a female associate, the late Kathleen Parker. Ms. Parker went on to become one of the first female judges in Los Angeles County where she served on the bench for more than 30 years.

This year, Sheppard Mullin was named among the "Top 100 Law Firms for Diversity" by MultiCultural Law magazine for the 8th consecutive year. The magazine ranks participating firms based on partner and associate demographics for race/ethnicity and gender. The Human Rights Campaign (HRC) 2013 Corporate Equality Index (CEI) rated Sheppard Mullin 100%, based on LGBT workplace benefits and the American Lawyer in its "Diversity Scorecard" listed Sheppard Mullin among the top 40 law firms in the country for diversity.


Sheppard Mullin's Summer Associate Program has been ranked number 8 in the U.S. and number one in Los Angeles in Vault.com's first ever summer associate program rankings. This year it was ranked 28th nationally in the 2012 Summer Associate Survey conducted by The American Lawyer. 3,957 students at 111 law firms were polled.

The firm believes that its summer program serves a threefold purpose. It is the prime source of attracting high-quality legal talent from diverse background to the firm; it helps students get acquainted with the firm's practice and its lawyers through its social activities. The firm acknowledges that the purpose of its Summer Associate Program is to hire students who will return to Sheppard Mullin and form a lasting relationship with the firm.

The firms program is structured to provide the law students with a realistic view of the way the firm functions throughout the year. The summer associates are provided with consequential, billable work and they get to work closely with partners and associates in various practice groups. The assignments the students get are designed to expose them to a range of legal problems, they are likely to confront and also brings them into close contact with many attorneys within the office. Students have been known to draft briefs and other pleadings, credit agreements, acquisition agreements and other significant legal documents.

Attorneys provide valuable feedback to summer associates when a project has been completed, and each student receives a mid-summer review.

Working for the Sheppard Mullin


Sheppard Mullin is great place to begin your career as it places a great stress on professionalism, which makes it easier for the lawyers to focus on becoming great in their line of expertise owing to which it is able to attract a very broad range of clients, which not only makes the work more interesting but also gives the firm more stability during downturns in the economy. Moreover, the working atmosphere at the firm is extremely welcoming and supportive and it has a strong commitment to diversity. The firm's dedication to providing resources and opportunities to help attorneys succeed along with the brilliant and talented people together with the mutually respectful friendly environment makes Sheppard Mullin an ideal place to work.

In 1933, Irwin R. Buchalter started practicing law in Los Angeles. In 1948, he joined California attorneys Jerry Nemer and Murray Fields and founded a firm to serve the area’s growing, post-war commercial community. As a young and thriving California practice, Buchalter Nemer began by assisting clients in business and finance, and representing them in litigation and insolvency. As the business community grew, the firm grew along with it, diversifying and expanding to meet new and growing de...

Fifty-five years ago, our founders understood that providing excellent legal service and forging strong client relationships would be at the core of their success. Fifty-five years of dedication to that philosophy have proven them right. Consistent, full-service, results-oriented lawyering is what distinguished Greenberg Glusker over 50 years ago and it is what distinguishes us today. We honor the foresight of our founders who understood that solid, ethical, and effective representation...

LTS is a leading provider of highly specialized, hard-to-find professionals within the E-Discovery, Litigation Support, Digital Forensic, and Cyber Security industries. We are educated career counselors at the forefront of the Digital Revolution. Our dedicated focus and in-depth market intelligence ...

Emerald is a boutique legal staffing agency specializing in quality candidates. We work with a few high caliber candidates at a time, most of which are referrals whose skills can be attested to in the workplace. We give our clients a personal touch in finding just the right person to assist with the...