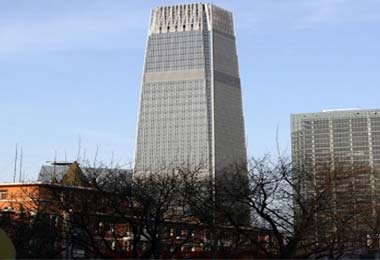 Advice to law firm management: While having fun is important here it would be a good idea to keep an eye on people to keep them from slacking off.

Pros: Everyone here seems to have fun and enjoy work everyday nobody what seems to be going on. We just tend to have a fun environment here.

Cons: Sometimes people can be slow to finish something you need them to do because they are slacking off instead of working.

Advice to law firm management: Revise your approach to how people move up in the firm. Not everyone is single with no other life outside the office to get in the way of working long hours.

Pros: There is plenty of challenging work, a long list of great clients, fantastic lawyers and the senior management is simply outstanding. There is great support on you cases from management and associates.

Cons: They will work you until you drop if you let them, but you really have to do this if you want to move up. Moving up can be a difficult process unless you really put in a lot of overtime and produce big.

Faegre Drinker is a top 50 firm designed for clients. We opened our doors on February 1, 2020, uniting Faegre Baker Daniels and Drinker Biddle & Reath, two firms known for exceptional legal and consulting capabilities and a commitment to service excellence. Clients are at the start — and the heart — of everything we do.

Faegre Drinker Biddle & Reath LLP practices law in the following areas and works with its clients to provide the best possible legal solutions.

We consider demonstrated commitment to our core values; honesty and integrity, excellence, hard work, teamwork and collaboration, mutual respect, diversity and inclusion, and service to our communities.

"Pro bono service" is defined in the firm's Pro Bono Policy, and means "the delivery of professional legal services, without expectation of compensation from the outset, on behalf of persons of limited means, or in furtherance of a charitable, religious, civic, educational, artistic or similar nonprofit, public interest."

The firm prioritizes pro bono service to low-income clients, and the Policy sets forth further criteria and guidelines for determining whether particular matters fall within the firm's definition of pro bono service.

BTI Consulting Group - Named to the BTI Power Elite for having among the best client relationships with Fortune 1000 and other large companies, 2014


At Finnegan, we don't just value diversity, we live it every day in thought, approach, and solutions. In fact, it's so much a part of our culture, we are consistently ranked as one of the nation's top law firms for minority and overall diversity. In the Vault Guide's 2015 survey of the leading law firms for women, minorities, and overall diversity, Finnegan was ranked in the top 10 in each of these categories. American Lawyer similarly ranked the firm in the top 25 in its 2012 survey of the top 100 U.S. law firms for overall diversity. We are particularly pleased to be identified by Working Mother magazine as a top 100 company for working mothers. Only five law firms in 2012 received this distinguished recognition. Additionally, for the last two years, Working Mother magazine and the Women in Law Empowerment Forum (WILEF) ranked Finnegan as one of the top law firms in the United States for women. Both organizations cited the significant role women serve in Finnegan's management and leadership.


Our Summer Associate Program is designed to expose law students to the field of intellectual property law and to provide an accurate idea of an associate's work at the firm. The 10-week summer program stresses professionalism, training, and development. Last year, our summer associates had the opportunity to engage in a diverse mix of work, including: attending trials, appellate and motion hearings, depositions, and client meetings; researching and writing on various patent, trademark, copyright, procedural, and evidentiary issues; prosecuting patent and trademark applications; writing speeches and articles; and presenting reviews of recent Federal Circuit decisions. Summer Associates have outstanding technical backgrounds in engineering and the natural sciences, and are typically in the top 25% of their law school class.