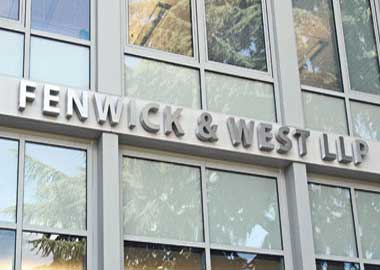 Advice to law firm management: Mostly keep with what you are doing, but get rid or punish those bringing everyone else down. Team work is usually spot on.

Pros: I worked there for years and enjoyed it. The people were smart and friendly and we worked as a group with everything.

Cons: The place did have a few negative individuals that often brought down the group with them. HR needs to take hold on some members.

Advice to law firm management: Management should try to communicate more in person if possible, that way employees will have a closer relationship and feel more comfortable in their work space.

Pros: This firm does a great job of keeping employees interested and motivated in their day to day work. They check in our employees frequently to see their satisfaction level and listen to any questions or concerns we may have.

Cons: My only issue with this firm is that management typically communicates via email. I don't mind it that much, but it makes certain matters difficult to discuss. It would be easier and more comforting to speak with them directly.

Fenwick & West was founded in 1972 in the heart of Silicon Valley—before “Silicon Valley” existed—by four visionary lawyers who left a top-tier New York law firm to pursue their shared belief that technology would revolutionize the business world and to pioneer the legal work for those technological innovations. In order to be most effective, they decided they needed to move to a location close to primary research and technology development. These four attorneys opened their first office in downtown Palo Alto, and Fenwick became one of the first technology law firms in the world. From that moment, Fenwick has been inextricably entwined with the history and growth of technology. We incorporated Apple, took Oracle and eBay public and over the years have represented many leading technology companies and their underwriters in numerous high profile IPOs and M&A transactions, including the largest Internet merger in history and the largest software merger in history. Our intellectual property practice has continuously been on the cutting edge of legal issues arising from emerging technologies, from the pioneering of shrinkwrap license agreements in the 1970s, to the creation of software development clean rooms in the 1980s, to being one of the first firms to advise and litigate numerous Internet-related IP issues that arose in the 1990s, including privacy, digital copyright, software patent and domain name issues.

Fenwick & West LLP. practices law in the following areas and works with its clients to provide the best possible legal solutions.

Fenwick & West seeks dynamic, self-directed professionals with diverse backgrounds and interests. They should have strong academic credentials, a history of achievement, and interest in serving leading technology and life science clients.

Fenwick & West is committed to making a change in the lives of individuals and organizations in the community. The firm's culture is to provide pro bono legal services as part of professional responsibility. It gives an opportunity to its attorneys to gain valuable experience, master new areas of law and give back to community.

The firm's attorneys provide services ranging from corporate business counseling, intellectual property and tax services to women's rights, voter protection and assistance to lower income individuals, people, and organizations. Litigation associates also have an opportunity to brief and argue cases in the Ninth Circuit - an invaluable experience to have at an early stage in their careers.

Legal Jobs in Mountain View and Near Locations


Fenwick & West was selected to the National Law Journal's first Intellectual Property Hot List, becoming one of 20 law firms in the United States to receive the recognition. The National Law Journal recognized that Fenwick "has shown itself to be an innovator in applying legal principles to fast-changing technology."

Nearly 15 percent of Fenwick & West partners are ranked in Band 1 or Band 2 by Chambers USA and Chambers Global 2012.

Ranked No.4 in the American Lawyer 2011 Law Firm Technology Survey.

Ranked No. 5 for "Best Places to Work" by Silicon Valley Business Journal and San Francisco Business Times (2012). The firm has received this honor for six consecutive years.

Ranked among the top 10 U.S. law firms for diversity by Corporate Counsel in the 2012 Diversity Scorecard survey.

Awarded "Employer of the Year" by The Arc of San Francisco for the agency's 2010 WorkLife Awards, which celebrate the work and life achievements of people with disabilities and the San Francisco businesses that employ them.

The first U.S. law firm to have a LEED-CI Platinum certified office (our Seattle office) in addition to a LEED-EB Gold certified office in Mountain View, CA. Also, the first law firm certified by Santa Clara County (the county covering most of Silicon Valley) as an environmentally sustainable "Green Business".

Ranked as one of the best law firms for women by Working Mother Magazine & Flex-Time Lawyers (2008).

Ranked as First Tier nationally (and in the San Francisco Bay Area) for IP litigation and patent litigation in the 2011-2012 "Best Law Firms" guide released by U.S. News & World Report and Best Lawyers.

Recognized as a "Go-To" law firm for Fortune 500 companies in the areas of litigation and IP by American Lawyer Media (2012).

Ranked by Vault as one of the top 20 U.S. law firms for IP litigation and counseling.

Ranked by IP Worldwide as one of the top dozen firms that Fortune 500 companies relied on for IP litigation.

Ranked by Managing Intellectual Property as one of the top five West Coast firms in both IP litigation and IP protection.

Ranked by IP Law & Business as one of only 20 "Go To Law Firms on the Cutting Edge" for patent litigation in the U.S.

Awarded "Most Innovative Use of Technology by a Law Firm" in 2005 by American Lawyer Media for F.I.N.D.-the firm's proprietary electronic discovery and due diligence system.

Awarded one of 10 "Best in Class" awards by Computerworld magazine for the firm's eDiscovery forensics system.

Obtained a $400M mid-trial settlement for client Compuware against IBM, one of the 25 largest IP Litigation payouts in U.S. history.

Ranked as one of the top law firms nationally for trademark prosecution by Managing Intellectual Property in the IP Handbook 2012.

Recognized by World Trademark Review 1000 as a leading trademark practice, one of only two law firms in California to earn Gold Tier status (2012).


Fenwick has been committed from the beginning to promoting diversity and inclusion both within and throughout the legal profession.

For almost four decades, the firm has actively promoted an open and inclusive work environment and committed significant resources towards improving its diversity efforts at every level.

The firm recruits attorneys with diverse backgrounds respective of race, gender, sexual orientation, physical ability, geographic/cultural background through numerous channels, including on-campus initiatives, minority bar associations and job fairs. It believes that a diverse workforce helps the firm serve clients better and fosters an environment of cooperation, respect, creativity and mutual understanding in which everyone thrives.

The firm focused on building the leadership, management and business development skills of its woman attorneys. Its partners are committed to diversity and take initiatives for fostering diversity.

It is committed to maintaining strong representation of attorneys with diverse backgrounds in Fenwick's summer program.

For its continued work for fostering diversity, Fenwick was ranked No.1 by Multi-Cultural Law Magazine in the publication's 2012 "Top 100 Law Firms for Diversity" survey and ranked among the top 10 U.S. law firms for diversity by Corporate Counsel in the 2012 Diversity Scorecard survey. The firm also received 100 percent score (A+ rating) on The Human Rights Campaign Foundation's 2012 Corporate Equality Index for its pro-LGBT policies and working environment.


Although Fenwick & West focuses on intellectual property law and serving technology-savvy clients, it doesn't insist on summer associates to have technical background to adjust to the firm's environment. Summer associates are encouraged to take up assignments that interest them.

The firm sponsors a Diversity and Public Interest Summer Associate Fellowship where some summer associates can work for eight weeks at the firm, followed by a few weeks at a public interest organization that serves the legal needs of a diverse population.

As a summer associate, you will gain valuable work experience and develop an understanding of the professional and personal development opportunities that Fenwick & West can provide.

Summer associates are treated like first year associates and they are given challenging, interesting and varied work assignments. They are provided with training development program throughout the year that will help them become complete attorneys.

The firm's mentoring program pairs every summer associate with a "buddy," or mentor attorney, who will provide guidance and help him steer the summer program.

Campus interviews are held at the following places:

University of California at Berkeley, Boalt Hall School of Law

University of California, Hastings College of the Law

University of Washington School of Law

Working for the Fenwick & West LLP.


If you are tech-savvy and want to promote your career a lawyer, you have set your sights on Fenwick & West. You will get an opportunity to come in contact with tech icon firms like Apple, Oracle, eBay, and Cisco. Right from day one you will be allowed to work with world's legal luminaries. You will get full freedom to select your assignments. You will get equal opportunity to develop yourself as the firm believes in hiring and retaining people without any discrimination.

Thinking of becoming a Chief Administrative Officer at a law firm? Ever wondered how one becomes a CAO? LawCrossing speaks with Lois Boyd about her serendipitou...

GCA Law Partners LLP is a full service law firm that provides the attention to client needs and depth of knowledge of a boutique firm. Our mission is to provide our clients with responsive, sophisticated and effective legal services covering a broad range of business legal needs....