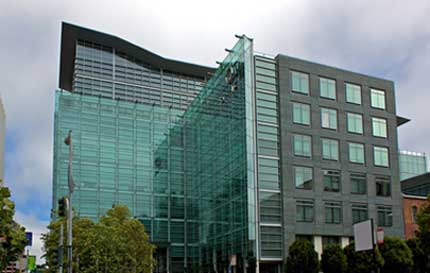 Advice to law firm management: Keep new people on standard hours and instead offer overtime for the first week or two if they stay extra for training.

Pros: If you have no other choice in place to work this place will be nearly on par with other places.

Cons: You will be expected to work long hours during your first few months until they trust you enough that you understand your job.

Advice to law firm management: Improve training and let it counts towards the hours' target.

Pros: The firm cares about getting the details right. You can learn a lot at this firm. The staff are very smart.

Cons: Benefits were not really great. Not all of the partners are great to work with.

Orrick is a leading global law firm with a particular focus on serving companies in the technology, energy and financial sectors. We are recognized worldwide for delivering the highest-quality, commercially-oriented legal advice and for our culture of innovation and collaboration. Founded in San Francisco a century and a half ago, Orrick today is named by Law360 as one of the “Global 20” leading firms. Our platform offers clients a distinctive combination of local insight and global reach across 25 offices. Orrick practices in five core areas: Corporate, Energy & Infrastructure, Finance, Intellectual Property and Litigation. Known for our work in the technology sector, we act for many of the world’s top public companies as well as more than 1,200 start-ups. We also are recognized for working on the most innovative deals in the renewable energy and PPP markets. Our municipal bond practice consistently ranks No. 1 in the United States, and we offer top-tier structured and leveraged finance practices. Financial Times commended our intellectual property teams for securing two of the most innovative patent litigation wins of 2012. Our litigation teams represent a third of the Fortune 100 in resolving high-stakes matters involving a broad range of disciplines before trial and appellate courts and forums worldwide. In 2012, The American Lawyer named Orrick to its list of leading litigation departments for the second consecutive time and selected an Orrick partner as Litigator of the Year. All together, Orrick is recognized by Chambers Global for strengths across 43 transactional, litigation and regulatory practice areas in the United States, Asia and Europe. Orrick also is known for innovation in the delivery of sophisticated legal services. We have revolutionized the law firm talent model to ensure we assign the right talent to the right task. Our Global Operations Center in Wheeling, West Virginia, is the longest standing and most successful legal and administrative insourcing center in our profession. We have pioneered the use of innovative pricing models. Selected by Financial Times among the most innovative U.S. law firms in 2011 and again in 2012, Orrick was cited for leadership in both legal advice and client service.

Orrick Herrington & Sutcliffe LLP practices law in the following areas and works with its clients to provide the best possible legal solutions.

Orrick has an established set of hiring practices in place. It gives academics a very important factor in their hiring decisions. At the same time, it also consider other factors such as applicant's qualifications, law reviews, moot court experiences, work experience, student's activities, poise, maturity, leadership, and other factors.

Orrick considers itself as a law firm that embraces change. However, it still places a lot of importance on the fundamental core values so that it can attract and develop the very best legal talent. Rather than following the traditional law firm associate development model, Orrick has led the market in introducing a pioneering way of leading tomorrow's leaders.

This philosophy is based on the talent model, which is based on founding the principles that each associate is capable of developing at his or her own pace. This ultimately means that the associate's training and professional aspirations must be synchronized with his or her own potential and talent. The company visited around 18 law schools and 8 job fairs in 2011.

Orrick attaches very high significance to its pro bono work as these services provide the disadvantaged people the necessary needed legal services. Orrick values work for pro bono clients just like any other client. The pro bono program is managed with the help of a full-time pro bono counsel. Its blue chip services are offered in areas where the firm feels it can make maximum impact. The firm's pro bono services are available in a variety of service areas such as:


Orrick has received several awards and recognitions in tune with its performance as a legal blue chip on the global legal stage. Some of these are mentioned as below:

Ranked among the top five "U.S. Law Firms in Europe for Innovation in Expansion" at the Financial Times Innovative Lawyers Awards.

Ranked 28th in the 2008 Legal Business Global London, which measures the 50 largest non-U.K. origin firms by London office revenue figures. Additionally, Orrick is ranked fourth among firms with the largest trainee intake relative to their size in London.

Named the recipient of the 2008 Redwood Vanguard Award given by Redwood Analytics.

Named the fourth most prestigious law firm in Northern California in 2008 by the Vault Guide. This is the fourth consecutive year Orrick has placed among the top five firms in the region.

Ranked in the top 10 on Dealogic's "Global Project Finance Review" list of PFI/PPP legal advisers for the first half of 2008.

Orrick ranked among the top 10 legal advisers to South Korea by deal volume and value for the first half of 2009, according to Mergermarket's "M&A League Tables of Legal Advisers H1 2009."


Orrick believes that diversity certainly plays an immensely positive role in the overall development of the firm in all dimensions. Besides minority job fairs, the firm includes directed mentoring efforts and participates in outreaches to various law student groups. It is Orrick's policy to recruit at schools that have a large minority population. In addition to bar-sponsored programs, a firm diversity committee ensures diversity firm wide.

It demonstrates its commitment to diversity by participating in recruitment fairs that have diverse backgrounds. One such fair that it participated in was the Seventh Annual Bay Area Diversity Career fair for second-year law students. The Bay area diversity career fair provides and is founded and underwritten by Orrick.

Providing a much needed event for diverse law students across the country, it is a much welcome event for all who had to travel great distances to attend minority fairs. Additionally, Orrick provides networking as well as educational responsibilities. Furthermore, the firm organizes and participates in a range of job fairs in the United States such as the Lavender Law's Annual Conference and Career Fair.

Orrick also pursues a non-discrimination policy whereby it strives to provide equal employment opportunity to all employees and applicants. It covers all aspects of employment from recruitment to termination and also does not discriminate on basis of race, color, religion, nationality, ancestry, medical status, or other similar factors. In fact, the firm received the following awards for diversity and inclusion:

American Lawyer Diversity Scorecard: Ranked in the top 12 percent for diversity among 200 large firms in the American Lawyer's 2009, 2010 and 2011 annual survey.

Orrick ranked seventh in the "highest percentage of minority lawyers (partners/nonpartners)" category in 2009.

Ranked 16th out of 202 firms for overall diversity in the Minority Law Journal's annual Diversity Scorecard.

Morgan Stanley: Named the winner of Morgan Stanley's "Large Law Firm of the Year for Diversity" award in 2007 and 2008.


Orrick has a 10 week summer associate program in which summer associates are not assigned a specific department. However they are encouraged to work with various practice groups. Once assigned to a summer coordinator they are expected to complete around 10 assignments during the summer period. Summer associates typically report that they work around 6 hours a day on billable work. However, they are not supposed to work on weekends. While, there is a lot of formal training, mentors guide their associates with even social as well as professional interactions and work.

The firm typically holds many attorney lunches and there are rooftop cocktail parties and other social events such as a Supreme Court field trip, sailing trip and cup cake tasting every Tuesday in the D.C office. Many summer associates are given a job at the firm itself after the completion of the summer associate program.

In 2009, 70% of the firm's 64 associates received full-time offers. However, the firm reduced its class size to 11 summer associates in 2010 but all of them received offers. In 2011, the class size was again doubled in comparison to the 2010 summer class size. In recent times, the start dates for some of the classes have been deferred.


Working for Orrick is considered to be a truly professional achievement. For the year 2012, the compensation for entry level lawyers was $160,000. The average annual associate hours worked in 2011 was 2,123.48 hours.

However, there is no minimum billable hour expectation required by the firm. Billable hour credits are given for pro bono work and a pro bono work is considered equivalent to a required hour. Usually, the firm considers requests for alternative work schedules from associates who have two or more attributed years within the firm and whose performance is deemed to be at an exceedingly high level. Part-time work is allowed at the firm. Orrick also pays non-medical parental leave in the necessary circumstances.

The little town of Wheeling in West Virginia has already made its name in the legal world for housing the onshore operations centers for many large law firms. T...

On Monday, Orrick, Herrington & Sutcliffe LLP announced that Elaine C. Greenberg, one of the most senior SEC officials, is joining the law firm in its Washingto...

Big Law is On a Layoff Spree, But This Time, It’s not about the Economy

Big Law is On a Layoff Spree, But This Time, It’s not about the Economy...