Will Female Lawyers Ever Be Preferred by Male Clients or Legal Staff?


Deciding whether to have a female lawyer or a male lawyer represent them in court is a preference that comes down to comfort. Since a client should choose a lawyer they are comfortable with, a study performed by Acritas, owned by Thomson Reuters, found that only 17% of male clients choose female partners to handle their legal matters. In 2009, a small survey of 142 legal secretaries was conducted by a Chicago-Kent law professor. None of the legal secretaries expressed a preference for working with a female partner. Will female lawyers or female partners ever be the preference by male clients or legal staff? 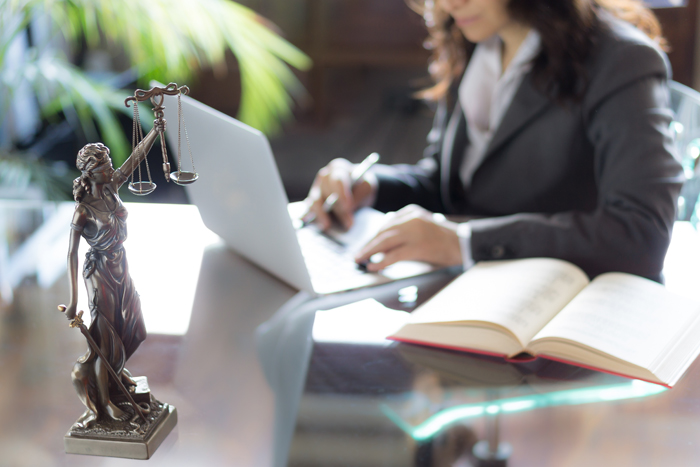 Will Female Lawyers Ever Be Preferred by Male Clients or Legal Staff?

The legal industry remains incredibly conservative. Despite Lucy Terry Prince, Myra Bradwell, Clara Foltz, Lutie Lytle, Ruth Bader Ginsburg, Sonia Sotomayor, Sandra Day O’Connor, Elena Kagan, Hillary Clinton, and last, but certainly not least, the inimitable Michelle Obama, female lawyers and female law partners are not equal to their male counterparts in pay or respect. Yet, the legal industry isn’t the only industry where it happens. And statistics support this.

A Harris Poll showed that when people say they want women in powerful positions, they still prefer men and women to take more traditional roles. In a survey of more than 2,000 adults, 71% said they were comfortable with interacting with female lawyers, but if they were forced to choose, 53% would choose a male lawyer. However, one fact that you may not expect is that older respondents were more comfortable with females in traditionally male roles. What's with the unexpected change? Likely because the older respondents have real-life experience with women in traditionally male roles.

However, that does not necessarily mean that female lawyers and female partners are equal. They definitely aren't with only around 19% of male clients choosing to be represented by female partners.

How Clients Would Benefit from Gender Diversity

As the only saying goes: Two heads are better than one. While clients should undoubtedly choose a lawyer they feel comfortable talking with, as this will help ensure that they are entirely forthcoming with their lawyer, gender diversity is a tool that can help not just their case but also the firm. The Acritas study compared single-gender teams and mixed-gender (gender diverse) teams using specific key performance indicators (KPIs). The gender-diverse teams were found to outperform the single-gender teams significantly. Where female lawyers or partners took the lead, the teams performed equally well compared to male-led teams. Clients determined on their own that they felt they received superior performance when working with gender diverse teams.

When female lawyers and partners have so much to offer to male clients, why do male clients continue to prefer male lawyers and male partners? The answer is simply because the industry continues to be the good ole’ boys’ network. It isn’t that women are bad at business development. Keep in mind that the Harris Poll showed that older respondents with real-life experience prefer women in traditionally held male positions.

While the female equity partner rate may be at an all-time high of 19%, no one is really impressed with it. Less than one percent of women are considered a Top 10 earner at most BigLaw establishments. And, again, we cannot just chalk this up to women being bad at business development. If they were bad at business development, we wouldn’t see women starting their own successful law firms. And we know that they do. On average, they earn up to 30% more than they did as partners (and they deal with far less sexism).

Men tend to take their legal problems to male lawyers and male partners because they: And any other reason under the sun. Just like the Harris Poll, they are conditioned to think of it in terms of a traditional male job (and they are going to be robbed of the benefits of gender diversity when it comes to their claim).

When considered alongside the information that female partners are often paid less, not chosen to lead by male clients, and often exposed to overt sexism, it may be fair to assert that female partners may be attempting to overcompensate with their legal staff. Or that the stress of being a partner is difficult to cope with, as we've discussed in several of the articles here on LawCrossing.

Partnership is a long journey and certainly isn’t an easy one. However, it’s imperative to have a good working relationship with support staff. Both male and female partners and lawyers should ensure that work stress does not impact how they treat their staff. Legal staff should always be treated with respect.