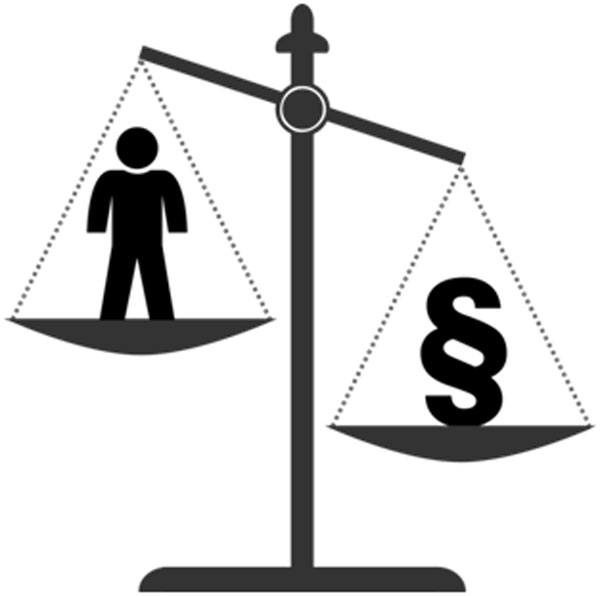 What is a gig? Merriam-Webster defines a gig as something that whirls or is whirled, such as a top. But that description isn’t what we’re after here. In the computer industry gig is an abbreviation for gigabyte, which is a unit of measurement used for computer hard drives – but that isn’t the correct definition either. Nor is a musician’s live concert – also described as a gig – the correct definition.

For this article’s purposes a gig is defined as a job, a temporary job at that. And as far as a gig economy is concerned, Whatis.com describes it as this: a gig economy is an environment in which temporary positions are common and organizations contract with independent workers for short-term engagements.

A gig economy also throws worker-employer loyalty to the wayside. Either the worker or the employer can part ways at any time they like. For some businesses, including smaller newly established law firms, this type of economy can be a blessing, while for others, it can be a nightmare. Gig economies and how a business thrives or dies from it, has much to do with that business’s culture. This is why gig economies can work for some establishments, while failing miserably in others, the legal industry notwithstanding.

Who participates in a gig economy?

In an article that appeared earlier this year, CNN Money.com stated that 34% of the US workforce is made up of gig workers, and by 2020 that number is forecast to rise to 43%.

And while we may think of fast food chains or transportation companies such as Uber and Lyft as providing gig work, the gig economy expands far past these entities. In fact, well established long-term independent contractors such as construction workers, plumbers and electrical workers, to name a few, are now considered part of the gig economy.

Corporate businesses have also begun to involve themselves in the gig economy. Writers, editors, secretaries, bookkeepers, IT personnel, and other office workers have increasingly been staffed by temporary workers for whom their current employment is, truly, just a gig.

Television and movie production also have a large presence in the gig economy. This is because a television production or feature film has a limited lifespan in which either will need writers, editors, camera and sound personnel, grips and anything else needed for these endeavors. Afterwards, the sets get broken down, and the last paychecks are distributed until the next gig comes up for these workers.

What started the gig economy?

For all intents and purposes, the gig economy has been with us for a very long time. Essentially, it can be traced back to the first fast food restaurants or days when high school kids got summer jobs bagging groceries. To them, working the fry machine or making sure the milk wasn’t packed atop the eggs was just a gig – something to make some spending money from for school, the purchase of a first car or going out on Saturday night.

But then came the digital age, which gave credence to and fortified the notion of a gig economy. Now, workers telecommunicate. Telecommuting has made the workforce increasingly mobile, where work can be completed from anywhere. This decouples the traditional idea of job and location, and having to be at that location by a certain hour five days a week.

The growing popularity of a work-life balance is another factor that has helped put gig economies into the mainstream of the US workforce as well as the increasingly impossibility of commuting throughout our large cities.

While some suggest the gig economy has opened the door to many entrepreneurial endeavors as well as standard contractor-based work, others believe the gig economy has cheapened the American worker while increasing the profits of companies who, now that they hire only contract workers, don’t have to pay benefits or pension-related costs to these workers. This is because gig workers aren’t full time workers, simple as that.

Who benefits from gig economies?

Depending upon who you speak with, gig economies can benefit both businesses and gig economy workers.

Businesses can save tremendous amounts of money by having only temporary workers on staff. Sure, they may pay an inflated hourly rate for a proofreader at $20 an hour, however, much of that markup is due to the recruiter getting their cut. It’s the long run that counts, which in this instance means medical benefits and insurance, do not need to be established for a temporary worker, resulting in a substantial windfall after only a short time.

Workers can also benefit from a gig economy in that they aren’t anchored by a job. They have more flexibility because many, if not all contractors in a gig economy, are paid hourly. There is no obligation between them and an employer other than “work and get paid.” Other than that, no additional requirements exist.

What are the detriments of gig economies?

In a word, the most notable casualty since the rise of the gig economy is commitment. With gig economies there are no commitments. An employer and employee can part ways with nary a word. In some cases, the employee (or contractor) simply stops coming into the office, or does not respond to their next assignment if given to them digitally.

Similarly, a business can do the same to a worker. Without as much as an explanation, a business can cancel its agreement with a contractor and like that, he or she is without a gig.

It is to this end that economists maintain no one benefits from gig economies. No commitment, either from the employee to the employer or vice versa, can also adversely affect worker-contractor trust. Additionally, businesses who subscribe to gig economies have a strong chance of damaging their work culture. After a while, no one will have a cohesive spine to work from, nor a cohesive goal to work toward. All the gig economy worker wants is to get paid. Even if that worker wanted to associate within a business’ culture, as a gig employee they may not be accepted, or their ideas not taken as seriously as a full-time employee.

This can alienate the gig economy worker to where they have so little to no job loyalty, a hiring manager should not be surprised if that worker jets out for another job opportunity, whether or not it’s a better opportunity.

Can large prestigious law firms benefit from a gig economy, let alone participate in one?

The answer to this question is “no” and “no.” Or at least a no-no should be the answer to established law firms endeavoring into a gig economy. This is because lawyers, law firms and their clients – the entire establishment – is built on commitment; commitment, which is nowhere to be found, at least corporately, in the gig economy.

The gig economy is built on a structure that for the most part, is temporary. Essentially, employees who participate in gig economies can come and go at will from their employment. The same is true for employers within gig economies, who can hire then terminate employees at will.

This smacks against the nature of what a law firm is, and here’s why:

Is there any type of legal situation where gig economics might work?

As gig economics have done within the service and retail sectors, leaving workers to transition from one job to the next, one can’t say that the same has not crept into the legal profession.

Inside Counsel maintains that the legal gig economy is the new short-term solution for law firms looking to hire temporary attorneys for specific projects. Just as well, many firms are now starting to consider contract-to-hire attorneys as well as temporary and part-time attorneys. However, again, these are for special projects, and do not necessarily involve working with long-standing clients.

As far as legal staff is concerned, that type of work will always be part and parcel to legal gig economics only because it again has very little to do with long-standing attorney-client relationships in which an establish history is integral.

Another instance in which the gig economy can adapt to the law profession is when a person is an independent lawyer, potentially a general practitioner or a family lawyer, in whom they have clients with less large law firm-like needs. A few clients or “gigs” of this nature, can keep an independent lawyer quite busy as well as successful.

In medicine, there are no gig doctors, especially when long-term patients are considered, while in big law, gig attorneys are simply untenable.

The practice of law needs a foundation, and that foundation can arrive only from a long-term attorney-client relationship. Specific legal projects may not warrant such relationships, however, by and large, much of what being an attorney is about involves, to the client at least, a steady bond that lasts for months, years and even decades.

Simply put, when it comes to lawyers, law firms and the practice of law in general, gig economics need not apply here; in many cases, they just don’t have the qualifications.

Related Articles
The Gig Economy Effect
Law Firm Content Marketing Is Trending and Here Is Why
How to Get the Most out of Your Recruiting Efforts
When Recruiters Make Mistakes
First Job Forays: Hiring Managers, Recruiters and Thought Leaders Give Their Advice to Recent Graduates
Workplace Behavior: What’s Acceptable and what’s Not Acceptable?
The Investment Side of Having a Career
Employment Scams and Fake Job Postings Leave Job Seekers Wary
What Should You Know about Law Firm Succession Planning?
For Better Productivity, Encourage Better Work-Life Balance