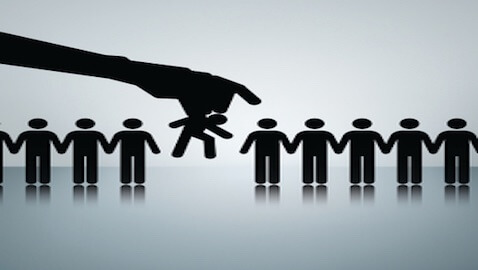 According to American Lawyer, recruiting lateral partners is becoming a process similar to scouting players for Major League Baseball. How? They are beginning to use statistical analyses, much like the “sabermetrics” methods that are used to screen baseball players.

By using performance-oriented data and information, firms can generate profiles of the attorneys they’d like to hire to increase their profits. They can then tailor their searches to look for these specific candidates. In addition, they can use such tools to estimate whether hiring a candidate would boost the firm’s bottom line. Over one-fifth of Am Law 200 firms have started using such techniques in their hiring processes.

Of course, as with any new technology, there is room for improvement. According to an ALM Legal Intelligence lateral hiring report with Group Dewey Consulting, almost one-third (30 percent) of lateral partners returned less than 30 percent of their expected book of business.

According to Zev Eigen, the global director of data analytics at Littler Mendelson, his firm has started taking steps to improve lateral hiring and retention by using data analytical methods. He commented that artificial intelligence “is fantastic for eliminating biases,” although he notes that such measures should be used to supplement one’s own judgment and intuition.

Marina Sirras, a legal recruiter in New York, added that an increasing number of firms “are doing everything possible to automate everything” before they ever interview a candidate. It’s too early to analyze the success of such measures, but since the use of these methods has spread, it’s easy to deduce that these firms think they are beneficial.

According to Deloitte’s Global Human Capital Trends 2016 report, the adoption of predictive analytics models almost doubled from 2015 to 2016, jumping from 4 percent to 7 percent. The percentage that used human resources data to estimate work performance jumped from 28 percent to 51 percent during that same time frame.

In one example, an insurance company stopped relying so heavily on candidates’ grade point averages and degrees after data analysis of the company’s best salespeople demonstrated that “the school and GPA had no relationship at all to performance,” Josh Bersin, a principal at Deloitte Consulting, commented. Rather, a background working with cars and homes showed a stronger correlation with success in selling auto and home insurance. Additionally, a lack of typos and spelling errors in one’s resume “which showed focus and attention to detail” were also associated with more job success.

Bersin said, “The other thing that data shows is that the very top performers have high expectations for money, so you don’t want to be too ‘fair’ about compensation. People who are high performers expect to be paid for it.”

Approximately 34 percent of Am Law 200 firms use products from Aderant Holdings, Inc., such as its new Spotlight Analytics tool, Derek Schutz, the product manager for business intelligence at the company said. The program tracks over 200 key performance indicators for timekeepers, which helps firms determine whether lateral hires and practice groups have met billing, revenue, and collections goals. The data can also be used to develop a profile of the most successful hires, and to determine what other types of attorneys the firm may need to boost its profits. Schutz commented, “We look for characteristics and we look for markers. It is almost like a Moneyball approach.”

The ABA Journal adds that firms also use “big data” to analyze which cases may be easy wins, as well as which ones may have questionable outcomes. Lex Machina

, for example, can predict case outcomes for patent attorneys.

Mark A. Lemley, a professor at Stanford Law, said, “I think analytics is the wave of the future. Lawyers and companies make decisions today based on ‘anecdata.’ If the lawyer remembers winning a case on a particular issue in front of a particular judge, they instinctively assume they know how that judge thinks about that issue. But that’s not necessarily so. Data allows companies and firms to understand the real opportunities and risks they face so they can make intelligent business decisions.”

David Moran, the direct of product management for legal analytics at Wolters Kluwer ELM Solutions, said that its 2015 Real Rate Report Snapshot Edition includes aggregated, anonymous billing data taken from the electronic invoices of $9.8 billion in fees that were paid by 96 companies to over 4,500 U.S. law firms in a three-year period. The report was initially created for corporate legal departments in awarding law firm contracts, but it is also being used for hiring intelligence. Firms can use the data to estimate what a partner at a competitor may be billing for work, and how that partner may contribute to the firm if he or she was hired there.

Thomson Reuters Peer Monitor compiles anonymous data from 155 large law firms. Users can sift through the data and generate custom reports to discovery areas where a firm may want to implement a lateral hiring strategy, or perhaps evaluate the performance of a hypothetical lateral profile. On the flip side, some lateral partners have used competitive intelligence tools to figure out whether a firm would be a good switch for them as well.

Eric Dewey, the principal of Group Dewey Consulting and the co-author of the ALI lateral report, says that he’s a bit unsure at this point about predictive analytics as applied to law firms, because most of the information is based on narrow billing data and does not have sufficient information on lawyers’ personality and behavioral traits. Additionally, one of the strongest factors in hiring a lateral attorney is how much business that attorney will bring to the firm. Dewey explained, “An attorney needs to bring roughly 70 percent of their book of business with them within 12 months just to break even. That said, I do think an effort to model the conditions which have proven most successful is a worthy endeavor.”

Eigen adds that many companies have created their own predictive analytics for hiring. For example, Google, Inc., Pfizer, Inc., and Facebook, Inc. use such measures in hiring and retention. Eigen said, “When clients do things and they are successful, law firms are wise to adapt them, and this is clearly very successful for clients.”

How Virtual Reality May Change Your Legal Job Search Forever