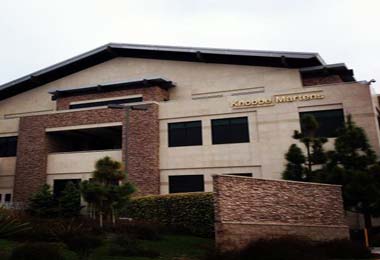 This firm should appreciate its workers more and hire new management to take care of promotions and worker reviews. I also feel as though we could have used a few more attorney's to help out on more difficult cases.

There is a real lack of advancement and progression in terms of upwards mobility at this firm. I talked to a few attorneys' that told me they were upset that they have not received a promotion in over 5 years.

Offer more training to management. Provide more opportunities for growth within the company.

Billable hours are lower than all other big law firms. The people are interesting and the work is nice. Everyone is collegial.

There is not a lot of room to grow within the firm. Management needs to work on improving.

From day one, Knobbe Martens has always looked toward tomorrow. Indeed, our founders recognized the need for highly specialized IP law long before IP became en vogue. Our continued success is a testament to their foresight, as well as the fact that we’ve remained on the cutting edge of the IP specialty, continually anticipating, acting, and employing innovative tactics and techniques at the highest level. We’ve become leaders not because we wanted to be bigger, but because we strive to be better. As one of our founding partners Jim Bear said, “We have a ‘People Philosophy.’ We treat people with respect.” The result is an environment absolutely unique among large law firms. One where growth is achieved not through acquisition or hiring lateral attorneys, but by extensively training and investing in all new associates with the expectation that each will become a contributing partner. A half century after we opened our first office in Orange County, we are one of the most trusted, most respected IP firms in the country—providing our clients with a rare combination of world-class talent and old-fashioned values. Which is something we’ll never outgrow.

Knobbe Martens practices law in the following areas and works with its clients to provide the best possible legal solutions.

Knobbe Martens follows the set of hiring criteria outlined below.

Knobbe Martens does not report any information regarding its pro bono activities.

Legal Jobs in Irvine and Near Locations

Ranked Nationally and in California and Seattle as a Leading Law Firm for Patent Prosecution, Litigation, and Licensing in IAM "Patent 1000 Guide"

Recognized as Pharmaceutical Litigation Law Firm of the Year in Washington D.C., and for International Copyright and IP Protection in California in "Global Awards"

We promote diversity through active outreach and recruitment, as well as through internal programs that ensure the needs and goals of all our diverse employees are recognized and valued. Our Diversity Committee includes members from a broad spectrum of attorneys reflective of our diverse workforce. Our attorneys have diverse cultural and religious backgrounds and combined, speak over 23 foreign languages from Portuguese to Punjabi.

The Diversity Committee is tasked with implementing programs that create a wide range of professional opportunities, while maintaining the work/life balance we find essential to building an energized, well-rounded firm.

A realistic, annual billing quota means our attorneys and staff have time to devote to their families or other personal interests-without impacting their career goals. Indeed, we promote female attorneys to equity partnership at a much higher rate than other large firms. And we ensure the needs of our minority employees are met as well, through comprehensive networking and training.

Our commitment to diversity is at the very core of our firm-making us open to new ideas, eager to take on new challenges, and always ready with new solutions.

As a Knobbe Martens Summer Associate, you'll contribute to one of the world's leading IP law firms. And we're not talking about just doing research and writing memos. You'll be on the front lines-growing, advancing, and being part of a world-class team.

We pack a lifetime of learning into ten short weeks. You'll have the opportunity to take on a wide variety of assignments ranging from patent prosecution to licensing to litigation. You'll also attend client meetings and hearings when possible, and participate in professional activities designed to give you real-world experience. All under the guidance of a Partner Mentor and Host Associate.

Our Training Program is both deep and diverse. We offer classes in numerous facets of IP law including Patents, Trademarks, Litigation & Brief Writing, Legal Research, and License Agreements. And when class is out, you'll have a chance to get together with the Knobbe Martens family in a series of casual, off-site events such as baseball games, a surf camp, and even a day at Disneyland.

Not surprisingly, a majority of our full-time associates are graduates of our Summer Associate program. They've seen what it's like to belong here. And what a difference they can make here.

GAUNTLETT & ASSOCIATES is a unique law firm with a dynamic global practice focused upon representing Forbes 1000 companies as well as smaller corporate policyholders in counseling, litigation and expert witness services for insurance coverage for intellectual property, copyright, trademark, and patent infringement, including unfair competition, business litigation claims as well as employment liability. Gauntlett & Associates has recovered hundreds of millions of dollars for policyholders in ...

Elise K.Y. Lau, Esq. – Elise has been in the recruiting business for many years. She began her legal recruiting career at a reputable search firm based in Los Angeles and quickly became a top producer there. She truly enjoys attorney recruiting, and her enthusiasm and passion for the profession ...