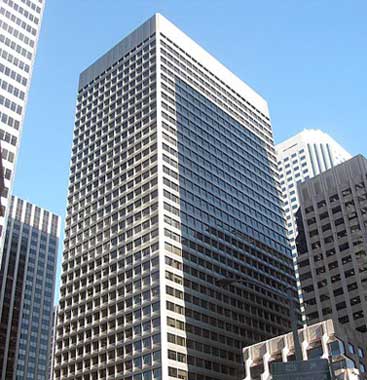 New people need to be encouraged to talk about their problems and guided for a short while until they are comfortable with the firm.

This is the firm of your dreams with a high pay and lots of great co-workers that you will be able to learn from.

When you first start it will feel daunting with how great some people look compared to yourself. It might seem that you will never get to their levels.

Show loyalty to employees who have been there longer. Listen to the advice of your staff.

There are some good partners at this firm. Clients and cases are interesting. Associates are great to work with.

There is too much work and not enough staff. Training and organization is lacking.

Morrison & Foerster is a firm of exceptional credentials. Our name is synonymous with a commitment to client service that informs everything that we do. We are recognized throughout the world as a leader in providing cutting-edge legal advice on matters that are redefining practices and industries. But the Morrison & Foerster name tells only part of our story. In the 1970s, when teletype was used to send overseas cables, the firm purposely chose "mofo" as our teletype address. The nickname stuck, and we later decided to use it as our domain name. In many ways, the MoFo nickname is an affectionate reminder that while we are very serious about our clients' work, we don't take ourselves too seriously.

Morrison & Foerster LLP. practices law in the following areas and works with its clients to provide the best possible legal solutions.

Morrison & Foerster looks for individuals of exceptional intelligence who can think on their feet and are eager to tackle complex problems. The hiring decisions are not based on grades alone, but an individual, whose academic and other achievements evidence their talent, motivation, energy, and creativity, is preferred over others. The firm also looks for entrepreneurial spirit, drive, and confidence.

MoFo is active in hiring through campus recruitment's as well as from the job fairs. The firm visited about 18 law schools and participated in nearly 5 job fairs during 2011.

Each lawyer is expected to take on at least one pro bono matter each year. In 2011, its lawyers recorded approximately 95,000 pro bono hours firmwide.

Recently MoFo has been honored by the Pro Bono Institute (PBI)'s John H. Pickering Award, given in recognition of the firm's unwavering commitment to pro bono.

MoFo is consistently included as one of America's top 20 law firms in The American Lawyer's A-List. Firm's lawyers too have brought some of the notable national and international recognitions for the firm.

Chambers Asia recommended 26 of our practice areas in its 2012 guide.

In the second edition of "Best Law Firms," published in 2011 by U.S. News & World Report and Best Lawyers, MoFo ranked as one of the top 10 law firms nationwide - out of more than 9,500 firms in the survey - based on the number of top-tier national rankings earned.

In the 2011 edition of the Financial Times U.S. Innovative Lawyers Report, client feedback placed MoFo in the FT Law 25 - a list of the most innovative firms in the United States.

Morrison & Foerster has a long history of nurturing tolerance, inclusion and mutual respect. The firm has an active diversity program for more than fifteen years, which focuses on issues related to race, ethnicity, gender, sexual orientation, identity and expression. MoFo consistently ranks at the top of surveys addressing workplace diversity, the hiring of minority lawyers and women.

Women, minority and openly gay and lesbian lawyers currently serve, or have served, in important leadership positions within the firm, including as Chair of the Firm, as Department Chairs, as Practice Group Heads, on our Executive Committee and on our Board of Directors.

Morrison & Foerster offers a summer program, not as lavish as other places, but it gives an idea of what the firm and the office is all about. Associates are given freedom for getting assignments and in terms of social events.

Associates appreciate the on-the-job training at the firm. In 2010, Morrison & Foerster LLP had a class of 74 summer associates. All summer associates are paid $3,080 per week, regardless of class. Even when the firm deferred the start dates of its class of 2009 first year associates, it provided them with a $5,000 monthly stipend during that time.

Working for the Morrison & Foerster LLP.

Working at Morrison & Foerster is a real treat for lawyers. It is evident from the fact that Fortune magazine has named the firm in one of the "100 Best Companies to Work For" and Working Mother magazine has voted the firm one of the best places to work thirteen times.

MoFo's standards are high and schedules are demanding. But the firm is built on respect, including supporting the outside life of its attorneys and adopting policies consistent with that support.

Morrison & Foerster has added yet another of their talented lawyers to the honorary roster of those who have won the prestigious Burton Award for Legal Achievem...

San Francisco-based Morrison & Foerster LLP - popularly known as MoFo - is a full-service law firm with over 1,000 lawyers in 15 offices spread across United St...

Enter your email below to follow Morrison & Foerster LLP.