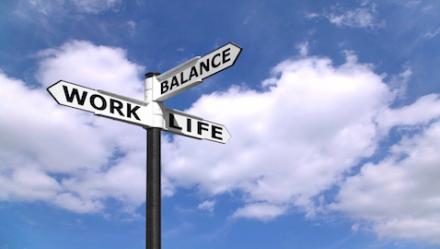 According to The Atlantic, the idea that a work-life balance is only desired by working mothers is a myth. Many new law firms have begun implementing flexible schedules that attract both men and women, and are evolving the definition of a successful legal career.

Stewart Friedman, a Wharton practice professor of management and director of the Wharton Work/Life Integration Project, said, “Young men today have different values, different aspirations than their fathers. They want to be available both psychologically and physically for children.”

At places like Netflix and Microsoft, changes have already been put into place to accommodate parents, such as more generous parental-leave policies.

Although many law firms do provide paternal leave, the culture of the firm prevents many men from feeling comfortable with using this time off. Some are discouraged from taking leave, and those who do take some time off say they feel stigmatized for doing so.

In fact, many men are uncomfortable even discussing parental leave policies, as opposed to women, who feel more comfortable discussing their options. Why such a fear? According to Lauren Pearlman, the founder of Pearlman Career Consulting, said, “So much of men’s career psyche is still informed by societal expectations that men are the primary breadwinners. It seems to be the assumption that the woman will bend the career to be present for the children, but not the man.”

However, workplaces that are modeled on the idea that only the mother will put children before a career “do not fit the realities of our lives,” Anne-Marie Slaughter recently wrote in the New York Times. In reality, more women work outside of the home, and most couples share the responsibilities of parenting and household chores.

Due to this shift, many men are leaving their positions at Big Law and are working for firms that offer more flexible schedules.

For example, Custom Counsel is a firm based in Maine that pairs attorneys up with discrete projects in small to mid-sized law firms. The firm was created to serve female attorneys who wanted to stay at home with their children and practice law, but many men have also joined the firm. Nicole Bradick, the founder of Custom Counsel, explained that men want “a means to enjoy a more reasonable pace of work in order to generally enjoy a more balanced life.” Bradick added that men are more likely to use freelancing in addition to another job, as opposed to using it to work part-time schedules.

In a recent report, Joan Williams and her colleagues explored these alternative firms. According to Williams, for men, a work-life balance means creating a full-time schedule that works for their families, as opposed to reducing their hours. Many firms allow attorneys to work from home and bill their hours however they like. Williams explained that men want their families to know they will be home for dinner and will take advantage of their vacation time.

Entrepreneur adds that companies stand to benefit tremendously from such schedules. They save on real estate costs, since many flexible employees work from home. Many employees are willing to take a pay cut in exchange for being able to work from home—another money-saving measure for the company. Others said they would be willing to lose health benefits and even work more hours if given the option to work remotely. Further, many employees said that they would feel more loyalty to employers that allowed them to maintain a flexible schedule—meaning less money would be spend on training new employees every few years.

However, this new idea of flexible hours is not just for young attorneys. Many senior attorneys are also leaving Big Law for better schedules. For example, Bill Stone and Jon Levitt, both veteran attorneys, created Outside GC in 2002 after identifying a market for part-time, on-demand general counsels. Stone explained, “From the very start, we saw an opportunity to attract really great lawyers by putting them more in control of what they did and how hard they worked.”

Debbie Epstein Henry, the founder of Bliss Lawyers, said that one reason such a shift has occurred is the recent recession. Many attorneys were laid off during the economic downturn, and were open to new types of schedules. Advances in technology also make such schedules possible. Though clients used to be wary of attorneys who worked from home, they now welcome the idea, because, according to Epstein Henry, they know they will be charged less because there is not as much overhead.

Many predict that the flexible model will continue to grow, and will become the new face of law in the future. Friedman said, “It will take decades. But it’s going to happen.”

And productivity should skyrocket.

According to the Huffington Post, telecommuters are actually more productive than employees who are stuck in an office all day. These employees also report that a teamwork approach is stronger with a flexible schedule, since other employees are willing to help out when someone has a doctor’s appointment or a sick child.

Employers are also able to hire talent from all over the country, instead of sticking to employees from a single location. Similarly, having employees spread out in different locations reduces the impact of certain events, such as hurricanes, wildfires, and other such disasters, since not all employees will be impacted by such events.

Employers that allow flexible schedules and telecommuting are also more likely to grow faster than if they kept all employees in a single office. Being able to hire individuals from across the country will help boost your firm or company’s growth tremendously.

The bottom line: if you want your law firm or company to grow and keep its best talent, it’s time to consider more flexible schedules for all of your employees.

To Temp or Not to Temp

Changes in the Economy and its Influence on Law Firms