Discrimination in the Workplace Today 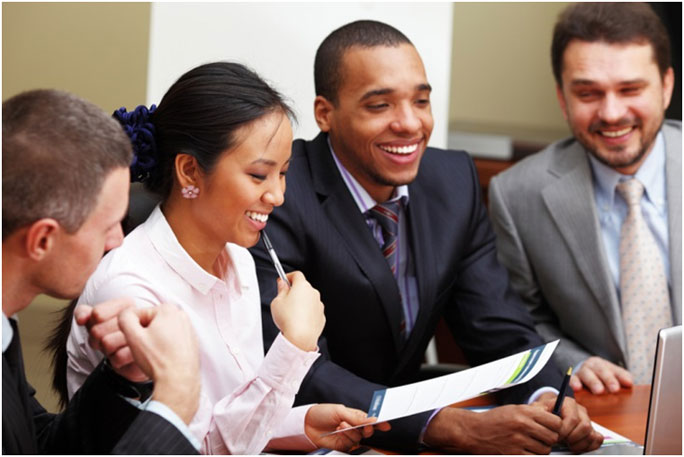 We examine six cases today where discrimination can affect workplace environments. The first case discusses how women are still finding it difficult to make partner in law firms. The second case talks about what MasterCard is doing to improve law firm diversity. The third case involves Texas’ economic surge in light of the state’s legislation being staunchly anti-LGBT. The fourth details how job applications that do not have a criminal check box can lead to further discrimination, especially against black job applicants. The fifth examines a Massachusetts woman who was wrongly terminated by her employer for using medical marijuana even as Massachusetts has a state law that mandates employers to accommodate medical marijuana users. The sixth case touches upon how age is unwelcomed in today’s tech sector to the point that anyone in their 30s or older are disregarded as viable employees.

Women Find It Difficult to Rise at Law Firms

While an increasing number of women successfully graduate from law school, then pass the BAR exam and join law firms, these women find that carving out a successful career at a law firm remains an uphill endeavor. Progress for women is, at best, static, according to a 2017 Law360 Glass Ceiling Report. In fact, as women represent 50.3 percent of current law school graduates, they still make up less than 35 percent of lawyers at law firms. As important, if not more, is their share of equity partnerships where the highest compensation and leadership positions remains at 20 percent and has not changed in recent years.

Recognizing that the legal services profession remains one of the least diverse professions in the U.S., MasterCard has become a signatory to the American Bar Association’s initiative to include more women and minorities in the legal profession. The ABA action, which began in September 2016, seeks to improve diversity at law firms through Fortune 1000 companies, which also happen to be major consumers of legal services. To date, general counsel from more than 70 large companies have pledged their support.

Go here to read the full article.
Texas’s Economy Thrives despite It Not Being an Inclusive State

Texas never ceases to marvel economists. As of June of this year, Texas led the nation in growth, adding 40,200 jobs to the state’s economy. This also means that Texas’ unemployment fell, bottoming out at 4.6 percent, which is only .02 percent above the nation’s unemployment rate of 4.4 percent. It is cited that the reason for this rise stems from an increase in people moving to Texas as well as expansions in sectors such as energy, service and production. However, all is not bright with the Lone Star state, mostly because of Texas’ continued legislation against the growing LGBT community, and its thwarted efforts toward equal treatment. This refusal by Texas has in some cases caused a backlash with younger people moving to a state which holds values opposite to their own. For the most part, though, the state continues its upward swing as the LGBT cause remains off the radar of many business leaders and workers seeking solid employment.

Most employers are concerned with getting as much information as possible about their job candidates. However, with the advent of “ban the box” throughout the U.S. job hiring culture, employers have very little idea as to who they interview for a posted job, especially if that person has a criminal record. Ban the box is a policy in which a job applicant no longer has to check the box on a job application that asks if the applicant has a criminal record. As a consequence, employers don’t know who their applicants are, and for that reason, judge their job candidacy on a racial basis. For instance, understanding that black men are five times as likely to have a criminal record as white men, employers will invariably choose the white applicant more often than the black applicant. This, in fact, according to the article, defeats the entire ban the box policy, and instead causes employers to rely on much broader, yet less proven racial stereotypes and societal generalizations.

In this day and age of opioid addiction, and the growing proof that medical marijuana can perform just as well as prescription drugs, Massachusetts has stepped up to the defense of workers who use medical marijuana as a less dangerous remedy to manage their ailments. In 2012, Massachusetts voters approved a law titled “An Act for the Humanitarian Medical Use of Marijuana.” As a result, Massachusetts is one of many states that permits limited possession and use of cannabis in the workplace for qualified patients. This act was put to the test when a plaintiff sued her employer for wrongful termination after she informed the employer that she takes marijuana to offset the effects of Crohn’s disease. Even with this admission, and after failing a drug test the plaintiff said she would fail in the first place, her employer fired her, the HR representative stating, “We follow federal law, not state law.” Having lost her suit, which also listed violation of Massachusetts anti-discrimination law as one of the infractions, the plaintiff’s case went before the Massachusetts Supreme Court, where the previous judgment was overturned. The reasons for the overturn were:

There are deadlines in every job. However, in the technology industry, it seems as if the most pressing deadline of any company is the age of their employees. With tech, after a person turns 50, they’ll more than likely find themselves struggling for job security and respect. In fact, according to Mark Zuckerberg, in current-day technology, people in their 20's are worshiped. "Young people are just smarter," says the Facebook creator. Meanwhile, thirty-year-olds are merely tolerated. As for tech employees in their 40s and 50s, they are under continual stress to hold onto their jobs in lieu of much younger talent, and anyone in their 60s is virtually nonexistent.


Related Articles
Practicing Law Post Padilla
Everything Law Students Need to Know about the Bar Exam Character and Fitness Requirement
Regulation of Commerce Clause as per 10th Amendment
The courts decision on use of Marijuana as per State Medical Use of Marijuana Act
U.S. District Judge Dennis Saylor Permits Civil Suits in Meningitis Outbreak to Continue
Nothing about you can be kept hidden from your employers
How women as partners make a difference in a legal firm
Law Job Interviews for Women and Employment Barriers They Face
Jennifer Oltarsh is One of New York’s Best Immigration and Civil Rights Attorneys
Medical Marijuana Case Highlights Tension Between Federal and States' Rights