Eliminate Lock-Step Model and Reward Performance, Not Time Served Beginning at the end of 1999, law firms began accelerating the rate at which they increased associate compensation. This trend literally moved at “Internet speed:” within three months, associates nationwide were deemed to be worth substantially more than they had been when hired, sometimes only a few months earlier. 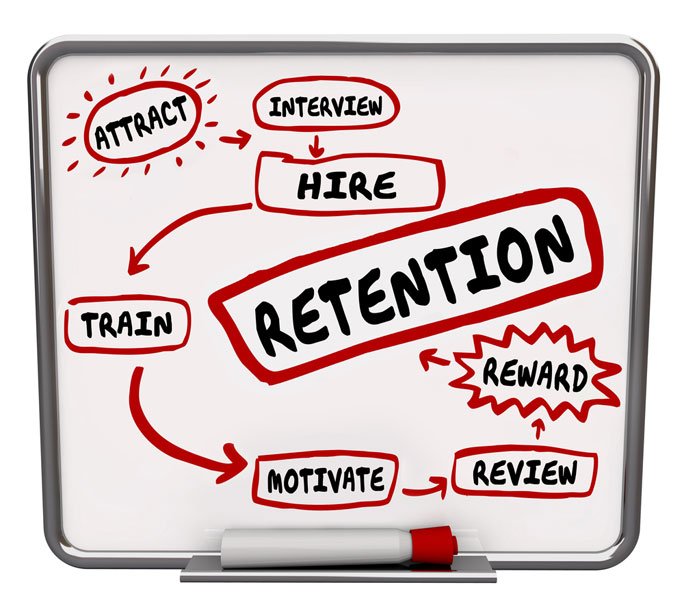 All of this began, of course, when one firm in California declared war in the ongoing salary derby by taking the bold move of increasing first-year associate base pay to $125,000, with a commitment to a substantial bonus beyond the base. Not to be left behind, other California firms quickly followed suit. These increases, which easily topped 20 percent of compensation, were viewed as necessary evils to keep associates from quitting the law firm to pursue dreams of dot-com wealth in new roles at start-up companies or investment banks. A few firms also noted that the increases seemed appropriate since associates were helping increase firm profitability at a time when the industry was booming.

Within a short period of time, firms around the country reacted to the increases in California. Firms in New York City pushed their first-year associate salaries to $125,000 almost overnight. Out-of-state firms with offices in New York did the same. Within weeks, leading firms in just about every large city in the country implemented significant salary increases. Firms in secondary and smaller cities also joined the fray, though it took a little longer for them to move. All the while, associates sat back and watched as their salaries increased 20 percent to 40 percent.

Not surprisingly, since most firms increased associate compensation reactively, they had little time to thoughtfully consider the financial ramifications, which ran into the millions of dollars. Consider a hypothetical 400-lawyer firm with three non-partner lawyers per partner (3:1 leverage). A $25,000 across-the-board increase in associate compensation adds $7.5 million to the firm’s expense structure—or $75,000 per partner.

In the end, some clients paid the higher rates and associates worked harder. The added expense did not lower these firms’ profitability. Other firms either did not feel the clients would bear the higher costs and therefore never tried to pass them along in full, or they tried and met client resistance. Many of these had neither the business base nor the culture to sustain substantially higher work levels. Needless to say, profitability for these firms suffered.

Regardless of the impact on firm profitability, the spikes in associate compensation caused everyone to lose: clients are asked to pay more for the same work, hard-working associates are pushed to work harder than they ever have before, and, in firms where clients balked at higher rates and associates refused to work longer workdays, partner profits dropped. And, to make matters worse, there is some evidence that these increases in compensation and the associated increased billing demands actually decreased loyalty by decreasing the intangible ties between the lawyers and the firm.

Where Are We Now?

So far, since 2008, law firms have not raised associate salaries across the board. This may be prudent, particularly in light of the apparent softening in workloads at some firms. After all, if we are entering a period of little (or negative) growth in the industry, the firms with massive expense structures may find their profitability pinched even without increasing associate compensation. In addition, the potential for a $10,000 increase in pay may not be enough to encourage a lawyer to jump from one firm to another.

By raising associate compensation in the past, law firms believed that they were in a better position to attract and retain associates, at least in the short term. For some firms, the short term was important since they had more work than they could handle and could not afford to lose qualified associates at any price.

Of course, when associate turnover is directly related to dissatisfaction with compensation, it makes sense to increase compensation. Unfortunately, most firms failed to recognize that, in survey after survey, associates who left their firms rarely did so due to unhappiness about compensation. (This is so at least in part because most firms of comparable market levels pay their associate lawyers basically the same thing, negating compensation as a competitive factor. This condition continued after the pay increases, with everyone paying at the same, but higher, levels.)

So, here we are now …workloads are lightening up a bit, the backlog of work is shrinking, firms are saddled with high employee costs, and associates are still leaving their firms in droves. When firms first started increasing associate compensation, they did so in an attempt to reduce attrition. As it turns out, firms now have much higher expenses, but are still losing associates they would like to keep. There has to be a better way to manage associate compensation. Across-the-board pay increases do not work.

In any organization, it is important to have a compensation system that motivates people and is consistent with the organization’s values and goals. In law firms, this is typically true of partner compensation systems. Unfortunately, few firms have taken any steps to ensure that the associate compensation system serves a similar purpose. In fact, associates may be the law firm employees whose pay is least tied to merit. Even mailroom clerks generally see raises based at least in part on how well they perform. But associates, like some government employees, still derive most compensation increases in significant part from time-in-grade.

The firms that jumped to increase associate compensation in early 2000, and again in 2001, chose to throw money at people in an attempt to make them stay with the firm. But the reality is that compensation is not the problem; they are often unhappy with the challenge of their work, poor or non-existent mentoring, the way they are treated by partners, the lack of timely positive and negative feedback, and their inability to play an important role in the firm.

What makes the across-the-board salary increases even worse is that studies on motivation show that money by itself may actually increase attrition, not reduce it. After all, if you are a top-notch performer and receive a $15,000 increase in compensation, would you feel better knowing you were singled out, or just another recipient of the increase that all top-notch through bottom-rung performers received? Most of us would probably prefer to be singled out.

For years, law firms have relied on the lock-step, class-based associate compensation system. Under that system, associate compensation is tied to class year. So, two associates who may be making significantly different contributions to the firm are paid exactly the same amount, or close to it. Historically, the primary way firms differentiated between associates of the same class year was through modest bonus distributions. While this may remove some of the inequities of the lock-step system, it is still remarkable that the structure has lasted for as long as it has. Not surprisingly, bonus ranges are increasing as well.

By using class year as the main criterion for both economic and status advancement, firms have expected associates to accept a seven- to 10-year mandatory period of subordination before achieving any level of status within the firm. Law firms need to move toward a system that encourages high-level performance, improves morale, and economically benefits the firm and its associates.

There is a welcome movement afoot to eliminate the lock-step, class-year model and reward performance, rather than time served. A number of firms have either changed the way they compensate associates or are re-thinking what they have done in the past.

The firms that have thrown out the lock-step system have replaced it with a more performance-based system that eliminates the biggest problem—treatment of all associates in a given class-year as though they are alike and make the same contribution to the firm. In a performance-based system, associates do not automatically move up in rank and pay every year. Instead, their careers and compensation progress as they meet higher performance goals and take on increasing levels of responsibility.

By eliminating the lock-step structure, firms can also stop setting associate billing rates based on class year. Instead, rates can be tied to the experience and capability of the lawyer, the type of work being done and client sensitivity to rates. For some work, clients have high rate sensitivity and the only way for associates to generate profits for the firm is by working more hours. For other work, clients are less rate sensitive and associates can still be profitable at lower hours levels. By matching billing rates to work done rather than class year, firms can improve their overall profitability while reducing client fee sensitivity.

When implementing a performance-based system, firms must define specific performance levels and slot existing associates into the levels based on their contribution, rather than time with the firm. Key factors to be considered include the associate’s technical and professional competence, ability to develop and strengthen client relationships, professional relations, personal development, and profitability. Associates work their way through the levels without regard to class year. At each level, the performance bar is higher than it was before. Leaps from one level to another have to be meaningful—a sense of accomplishment tied to performance.

The rate at which an associate moves from one level to another is determined by the rate of development of that person. This way, the firm offers potential superstars the opportunity to progress more quickly up the ladder and into the partnership rank and does not automatically and overly reward average or below-average performers. This system considers each associate as an individual contributor, rather than a member of a class of associates.

Because it is a significant departure from the existing system, firms should adopt and implement written guidelines and educate partners and associates regarding the performance-based system before trying to implement it. During the slotting process, if an associate’s current compensation is higher than their performance level slot would indicate, he should be given the opportunity to improve his performance over a six to 12-month period. If he fails to do so, he should move back a performance level. Conversely, an associate who is outperforming his performance level should be moved up to the appropriate level and his compensation should also increase.

In most corporations, employees are valued based on their contribution to the institution, regardless of status or tenure. Any other system is considered demoralizing. Law firms that use associate compensation systems to motivate associates and maximize their talents will be the ones that successfully attract and retain associates. After all, wasn’t that what firms were trying to do when they started the associate salary war?

Related Articles
The War for Talent and Business Downturns
Law Firms with Different Entry Policies & Your Reaction
Tips on How to Survive a Bad Performance Appraisal, Part 2
Know Your Position on the Corporate Law Department
Mitch Feldman, Executive Director and Senior Executive Recruiter for Response Companies Places Professionals Nationally
The 'dark Side' Of Going In House
How to recognize the signs of being laid off
Law Firm Performance Reviews: Positive and Negative
Dot-coms have speculators and lawyers seeing dollar signs—again
Fed Up with Feedback? Why Feedback Can Save Your Legal Career