Rise of the Middle-class in the Law Firm Market: Is it the end of the Big Firm Era?

After analyzing from all angles, it seems that mid-tier law firms are destined to experience greater growth and stability than their big law counterparts in both the current economy and the near future. The shift, of course, is not sudden, but definitely global in nature. At the end of last month, the legal market in Australia reported that mid-tier law firms were definitely edging ahead of big law firms. The Q2, 2012 Peer Monitor Index released by the Hildebrandt Institute this 27th July affirms the same is also true for the U.S. legal market. 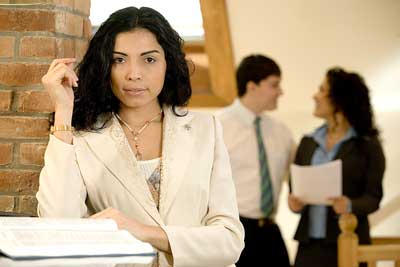 The situation was described well by the Australian when describing the legal market in that country: “The engine of growth for legal employment has shifted decisively away from top-tier law firms, as the middle tier grabs senior lawyers and clients.”

In the US, the PMI published on 27th of July shows, quoting from the Executive Summary of the Peer Monitor Index:


“Am Law 100 was the weakest market segment in the second quarter with demand dropping 0.8% ‐‐ the only market segment to show a decline. For the second consecutive quarter, Am Law 100 firms showed the biggest drop in productivity despite having the lowest headcount growth. (our emphasis)

Am Law 200 demand was barely up, climbing 1.0%. Having the highest headcount growth among the market segments contributed to a productivity decline nearly as steep as that of Am Law 100.

Midsize firms had the best relative performance of any market segment. (our emphasis) Demand was up 1.9%. That helped hold the decline in productivity for the quarter to a relatively modest 0.8%.”


In other words, the overall legal market is still declining were it not for the growth experienced by mid-tier law firms.

And this growth is a direct result of the market restructuring itself and showing preference for optimized performance and cost benefits. The equation matches that of mid-tier law firms and is out of sync with the structure of big law. Others have already observed the growth of small and mid-tier law firms in recent times.

The drastic drop in salaries for new law graduates despite the apparent claims of the economic recession being over stressed to the point that the Big Firms are dying in the law firm market. “Salaries for new graduates from the class of 2011 fell 5% from those of 2010 and about 17% since 2009” reported the Wall Street Journal this month (Sam Favate, Survey: Median Starting Salaries Plunge for New Law Grads, Wall Street Journal, July 12, 2012). The relationship of dropping salaries to the growth of mid-tier law firms or plunge of big law is explained by James Leipold, the Executive Director of NALP: “This drop in starting salaries, while expected, is surprising in its scope … Nearly all of the drop can be attributed to the continued erosion of private practice opportunities at the largest law firms.”

So, there you are again.

The PMI puts it in a palatable manner: “we are also seeing pockets of firms that are not only defying the overall market but are thriving amidst the current conditions. In fact, we are seeing the disparity in firm performance increasing rather than decreasing over the past few years.” Though the PMI does not clearly state that the growth is being exhibited by pockets of small and mid-tier firms, the relation is obvious. It is made more obvious by the title of the special feature “The Haves and Have-Nots?” Their warning seems targeted directly at big law, “Traditional avenues of growth, such as steadily rising fees and opening new offices to expand geographic footprint, are either unavailable or more challenging than previously.”

Talking on the future the PMI observes that clients are becoming more conscious than ever about ROI and managing company expenses. This is a direct result of the recession, but once the patterns of the work environment experience such a hard jolt, the market rarely returns to patterns of old. This is what the PMI states in its Q2 issue. As they mention in the feature “The Haves and Have-Nots?” it is difficult to identify any single factor that determines success or failure. In general, to remain competitive, law firms need to strategize all facets of their operations including client relationships, performance, rates, costs, development of core competencies, and investments.

This is not advice that mid-tier law firms need to learn because these firms already embody these practices. Contributing factors for mid-tier law firm growth include leaner and flatter organizations, greater flexibility in accommodating alternative fee arrangements urged by businesses, and smaller operational costs. They maintain closer client relationships, provide more personal care, and thus have better growth and a more secure business future. The economic recession compelled all business organizations to restructure themselves, and it seems middle-tier law firms are faring better because these mid-tier firms needed little by the way of restructuring.


Related Articles
How to find out where the associate job openings are
January 7 2008 Legal Blog Roundup
Finding New Law Associate Positions
The Virtual Paralegal Allows Paralegals to Work at Home or Offsite
Earnings of a Practicing Attorney – A Point to Consider
Attorney Budget Items: How to Correctly Calculate the Marketing Costs
Mitch Feldman, Executive Director and Senior Executive Recruiter for Response Companies Places Professionals Nationally
Recession Fears Have Attorneys Asking, ''Am I Next?'': Attorney Layoffs in the Midst of Recession Fears and the Attorney Jobs Outlook for 2008
Summer Law School Hiring 2011
The Impact Law Firm Economics Can Have on Your Legal Career