Focusing on the Right Clients for Legal Success 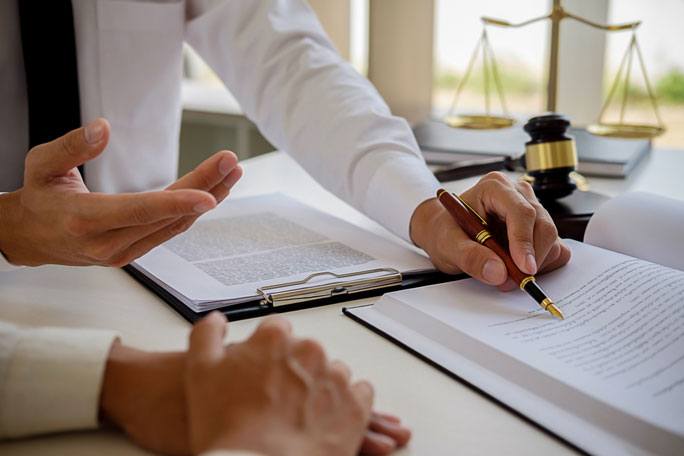 Successful legal services marketing, as achieved through the client focus, is not a broad-based program but an individualized effort. It is one attorney’s decision to recognize the power of client relationships. The client focus is based on two important facts: Many attorneys have no sense of direction to their practice. An extension of this is that they also do not have a sense of the value of their clients. Successful attorneys are those who follow a clear practice development plan, focusing on the client, to achieve what they want, be it wealth or satisfaction with their professional expertise. Highly successful attorneys are those who focus on the client and/or practice area they enjoy and, not incidentally, their income is at a level they desire. As a lawyer friend remarked, "It is unlikely anyone would go into the private practice of law with life-style in mind. Income opportunity is probably the most significant reason."

Once the attorney commits to providing solutions to clients' problems and emphasizing personal relationships, the marketing process can begin. There is a sound intellectual basis for this approach to marketing. Many professionals, particularly attorneys, do not like to think of themselves as businesspeople. The matters of marketing and business development, for them, equate with "sales" and detract from the joy of unadulterated professional work. But the glut of lawyers in the marketplace has tremendously increased the competition for clients. According to trend analysts, the situation is becoming more serious. This means Darwin's survival of the fittest theory is a propos in the law arena. Only those attorneys with marketing and business development savvy will survive the tests of competition for client recruitment and retention.

Attorneys who have come to this realization are broadening their scopes. Not only are they sharpening their professional skills, but they are also working toward becoming better businesspeople. They are developing "macrovision." For these attorneys, macrovision means understanding the world in which a legal practice operates. It includes knowledge of the risks involved in any practice development effort as well as the mechanisms and processes involved in delivering services to clients. To establish and build a successful legal practice, the actual operation of that practice must be fully understood by the individual attorney. The practice is affected not only by the attorney's legal knowledge and expertise, but by many other outside mitigating factors.

Joef’s professional time was out of control; at least he felt he had little control. Clients and prospective clients he was not interested in were frequently calling him. It seemed to Joel that they were always asking for free legal advice or to prepare a comment with an immediate deadline. The more he thought about it, the more Joel realized that his time was not his own to work for the clients he preferred. He was spending virtually all of his time reacting to someone else's pressures. Joel decided to do something to correct his situation.

He decided that his problems primarily stemmed from the fact that he did not have a clear idea who his clients should be. He only vaguely knew who he did not want them to be, which was not granting him much control. Joel knew from a research report he had read that many small business people were extremely reluctant to use an attorney for preventative matters. To them, lawyers equated with trouble rather than precaution.

First, Joel developed a profile of his ideal client and made precise statements regarding whom he was seeking. He knew he wanted clients to be close to his age and have many interests in common with his, so that he could form close relationships. He preferred his clients to be relatively sophisticated in legal matters. Even though they might understand some aspects of law and might not need an attorney as much as other potential clients, the favorable trade-off would be that Joel would not have to spend so much time and frustration educating them about legal processes. He had never found the client education process to be very rewarding, and it was something he would just as soon avoid.

Second, Joel began to plan his activities around his interests and those of his ideal client. He had noticed several potential clients at his athletic club. From conversations and casual comments, it was apparent that they were reasonably sophisticated users of legal services. He noticed that they did not exhibit an attitude of mistrust and anxiety about attorneys.

Third, Joel made a few discreet inquiries about some of the people he had seen at the club and was able to engage some of them in casual conversation about the nature of their business. He was careful not to imply that he was interested in providing them legal services, since his jurisdiction's bar had ruled against personal solicitation.

The next step was slow, but Joel found it rewarding to know that at last, he was developing a strategy to get control of his time. With the information he had developed about his fellow club members, he sat down and assigned priorities, in the form of letters, "A," "B," "C," and "D." "A" represented what Joel felt would be an excellent potential for quality and volume of work, "B" represented a somewhat lesser quality and volume, "C" an average or moderate potential, and "D" represented little to no potential.

After Joel completed his cursory evaluation of the potential clients, he felt he had a target at which to aim. The only problem was that the process did not eliminate the telephone calls from people whose needs were not in an area of law in which he wanted to spend any appreciable time.

Taking the final step was the most difficult, but he reasoned that most successful lawyers at some time must also take it: learning to refer to another attorney prospective clients that Joel had the skills but not the desire to serve. At first, Joel was almost afraid to see work go out the door, but he exercised enough self discipline to begin gradually to refer potential clients, even though he was not fully booked.

Joel began to experience a great deal of satisfaction for a relatively simple reason: he was now devoting more of his time to doing the work he enjoyed. In the process, he began to realize what he had heard was true. He was working fewer billable hours but doing a better job and enjoying the work more. He knew this would eventually lead to better revenues, either through higher hourly billing rates or value billing.

Many attorneys feel they don't have complete control of their time. Clients and prospective clients require contacts which do not always result in business. Many ask for free legal advice or want a proposal within a short deadline. Much of time spent within a law office can be lost reacting to someone else's pressures. Achieving practice objectives by becoming proactive rather than reactive in regard to marketing requires some decision making on the attorney's part.

The first conclusion must be a clearer understanding of the ideal client, which means identifying whom the attorney really wants to serve. The second decision is how the attorney's time will be geared toward increased contact with potential ideal clients. The final choice, often the most difficult, involves when an attorney should turn away business because the potential client does not meet the established "ideal" criteria.

Identifying desired clients begins with the development of a profile. A number of elements can factor into this model, for instance: age, professional and social interests, and level of sophistication with respect to legal matters. This profile should be followed by an investigation of how to find these clients in the marketplace. For example, this could be the result of a club membership or professional association. This investigation includes a ranking of actual potential in terms of business development—which activities and potential clients appear to be most promising for quality and volume of work.

Turning away potential business is always tough, particularly for the marketing-conscious individual or the attorney who needs to increase billable hours. Yet many times it is the only way to eliminate calls and visits from people whose needs do not match the attorney's practice objectives.

Ultimately, referring work to other attorneys results in greater professional satisfaction as well as development in a market niche. Proactive marketing for attorneys might just as well be called proactive practice development. It is an attitude as much as a method. The desire and commitment to take control is as important as the actual means to achieve that end.

Personal Involvement of the Attorney in External Marketing

What are Freelance Paralegals and Contract Paralegals?

How to Move Past Promotion for Your Law Firm