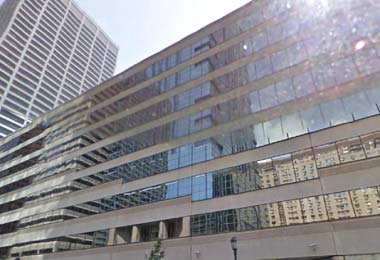 Pros: Strong leadership, the right balance of teamwork and autonomy, very encouraging as to growth and development and a great work environment.

Advice to law firm management: The firm should seek to develop a more consistent culture between branches so that people are equally willing to transfer elsewhere - otherwise, they will not be motivated to work at the ones that are somewhat lacking in reputation. Make sure brand new physical office spaces have technology that's just as new, and that rising leaders are properly trained - make sure fundamentals are in place before big changes are made, basically.

Pros: Nice, pleasant physical space with good office perks. Benefits are decent. Some job tracks offer quite a bit of room for growth or to demonstrate leadership or autonomy.

Cons: Firm culture can really depend on your branch location - not necessarily a pro or a con, it just implies inconsistency. Lots of turnover in certain areas. Some technology seemed out of date. Training sometimes felt inadequate.

Ranked among the top law firms in the country, Cozen O’Connor has 575 attorneys in 22 cities on two continents. We are a full-service firm with nationally recognized practices in litigation, business law, and government relations, and our attorneys have experience operating in all sectors of the economy. Our diverse client list includes global Fortune 500 companies, middle-market firms poised for growth, ambitious startups, and high-profile individuals. In an industry built on talk, Cozen O’Connor has made its name by doing. We have built our firm one case, one victory at a time. Our attorneys have impeccable academic credentials and are able to combine intellectual rigor with practicality and efficiency. We provide sophisticated, business-minded advice aimed at one simple goal: getting the right result for our clients. No matter how complex, contentious, or critical the undertaking, we persevere until the job is done.

Cozen O'Connor practices law in the following areas and works with its clients to provide the best possible legal solutions.

Cozen O'Connor follows the set of hiring criteria outlined below.

Pro bono legal and community service is an integral part of Cozen O'Connor's past, present and future. As attorneys who play an active role in the legal and justice systems, we recognize both that there is a tremendous, unmet need for legal services for those who cannot afford them and that it is our obligation to help provide those services. The term pro bono is shorthand for the Latin phrase pro bono publico - "For the public good. " It is a responsibility we take very seriously.

Cozen O'Connor has historically provided a level of pro bono legal service worthy of its national reputation. We emphasize one-to-one attorney-client pro bono relationships in which attorneys provide legal assistance to people and institutions of limited means. We are a signatory to the Law Firm Pro Bono Challenge of the Pro Bono Institute at Georgetown University Law Center.

August, 2013: Cozen O'Connor Named Number One in Philadelphia and Number Seven in the Nation in The American Lawyer Mid-Level Associates Survey

May, 2013: Cozen O'Connor's Intellectual Property Team Ranked in the Top 25 Trademark Firms in the U.S. for Trademark Filings in 2012

May, 2013: Cozen O'Connor's Charitable Foundation Recognized by the Philadelphia Business Journal for its Charitable Contributions

January, 2013: Cozen O'Connor Ranks in Top Five for Women in Leadership Positions by The American Lawyer

September, 2012: Cozen O'Connor Ranked Ninth in the country in Law Firm Technology by The American Lawyer.

2012: Cozen O'Connor is currently ranked seventh in the country in the Intellectual Property Today survey of top trademark firms.

2012: For the second year in a row, Reactions Magazine has ranked Cozen O'Connor among the top three firms for Reinsurance, Litigation, Insurance-linked Securities and Overall Quality.

June, 2012: Sarah Kelly (Philadelphia) and A. Martin Wickliff (Houston) Named to the International Bar Association's Who's Who of Management Labor & Employment Lawyers.

March, 2012: Cozen O'Connor Member, Elena Park, has been named one of 12 members of the Nationalities Service Center Board of Trustees.

September, 2011: Cozen O'Connor Named One of the Best Places to Work in Pennsylvania.

Cozen O'Connor is proud of its efforts to foster diversity and inclusion in the bar and takes its responsibility to do so seriously. Recognizing the organizational effectiveness that can come from valuing and promoting differences, Cozen O'Connor prides itself on its commitment to diversity and inclusion and its tradition of employing people with diverse backgrounds and experiences. The firm values the breadth of perspectives and the richness of experience made possible by having a diverse complement of lawyers and staff and we believe that this diversity of experience is strength to our firm and the clients we serve.

are split summers allowed? No

Cozen O'Connor is an AmLaw 100 firm with 22 offices throughout the US, Canada, and the United Kingdom. The firm, which specializes in business law and litigati...