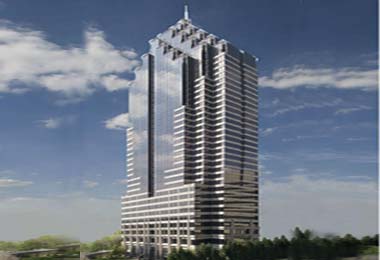 Advice to law firm management: Use this firm for its generous resources. They have great things to offer that small firms cannot so this would be a great stepping stone for your career.

Pros: This firm has so much to offer its partners and wants to help them to succeed. They make sure that they keep up to date and relevant so that the firm doesn't fall behind like some mid-sized firms tend to do. They really want to offer great benefits but you won't get lost in the shuffle.

Cons: This is a mid-size firm so it has to charge more than some larger firms which can cause you to miss out on some types of work. They have to charge more in order to keep the firm going.

Smith, Gambrell & Russell, LLP practices law in the following areas and works with its clients to provide the best possible legal solutions.

Smith Gambrell seeks to hire students in the top 25% of their class, "with law review or moot court experience and a strong work history and good people skills." On-campus interviews are usually conducted by two attorneys, frequently 1 partner and an associate who work in different practice groups. The firm has a somewhat unique callback interview, which is conducted on one of two designated weekends. The interview process begins with a cocktail party on a Friday evening, at which "almost all the firm shows up" to meet the candidates. Following the party, each applicant is taken out to dinner by two partners or a partner and an associate. The interviews take place the following day. One applicant complained that because it is a weekend day, "you don't get a sense of the firm." Another noted, however, that "the attorneys are not bustling around with work. They are there for you." The interviews are generally "informal and low key," and although there may be some substantive legal questions, the firm generally attempts to see if the candidate is outgoing and personable during the interviews. "The firm looks for people who can work well with other lawyers and can interact well with clients," we were told. One source advised candidates to "be friendly and outgoing, show your personality and don't be arrogant.'' Another insider recommended: "Be interesting and engaging in the interview. Ask about when the interviewer last had client contact and when the interviewer last took a vacation. Those are good examples of the type of firm in which the interviewer works."

Legal Jobs in Atlanta and Near Locations


Smith Gambrell has six female partners, two of whom are equity partners. Lisa Ballentine, who works in employment, is the chair of the pro bono committee and is highly regarded at the firm. Women are treated "professionally" and receive the same opportunities as their male counterparts. However, one insider reported that some sections lack a significant number of female attorneys and thus resemble a "good old boy society." Flex-time and part-time programs are "rarefy implemented" at Smith Gambrell, we were told. One contact remarked that the firm seems "very reluctant to be a leader in this area," while a second person noted that Smith Gambrell is "far behind other Atlanta firms" in these matters. Robert Preston Brown is a "well respected" African-American partner in the construction litigation group. Minority attorneys at Smith Gambrell "feel comfortable," and the firm actively participates in the Minority Clerkship Program which recruits from the four Georgia law schools.


Summer associates at Smith Gambrell rotate through the firm's departments. Unless they express an interest in a particular area, their assignments are usually forty percent corporate, forty percent litigation, and twenty percent real estate. An associate or a partner in each department is responsible for assigning work to summer associates during their rotations. Beginning associates at the firm are assigned to work in a particular section, usually according to their preference. Each practice area has a section head who filters assignments to associates and monitors associate case loads. First-year associates may expect to draft motions, memos and briefs, take depositions, perform research and have some limited trial involvement. One of our contacts remarked that "it is a very good mix of time in the library and time doing real world things including motions, depositions, and interviewing clients. Younger associates, however, must be realistic. If there is research to do, it is more efficient for a younger attorney to do it. Therefore, they will inevitably have more grunt work." Junior associates typically work very closely with partners and senior associates. Attorneys take an "active role" in training young associates and encourage early client contact. Most training is on-the-job: "the best way to learn is to be given a good amount of responsibility early on," one insider instructed us. The amount of informal feedback that an associate receives at Smith Gambrell depends significantly on the particular partners with whom the associate works and the nature of the relationships formed with those attorneys. Some associates receive feedback on a regular basis, while others only "hear about their work if something is wrong." Summer associates receive three formal evaluations, and permanent associates have one formal evaluation per year. Associates are asked to do a self-evaluation covering their strengths and weaknesses, as well as to provide the names of partners for whom they have worked. These partners then submit written and oral evaluations, after which a conference is held with the associate and the section head to discuss major points in the evaluations. The process was described as "fairly thorough and fair." Partnership prospects are not discussed until the fourth or fifth year. Prospects for making partner are "good" and "better than in many firms of similar size," we were told.


Attorneys at Smith Gambrell are friendly with each other, but are not "by and large drinking buddies." There is, however, "a core group of about eight associates who regularly gather up to 20 people for Friday night happy hours at local haunts," we were told The firm has begun to "get wise to this firm bonding" and has started to pay for some of the events as well as to organize happy hours in the attorney dining room. Smith Gambrell has a softball and a basketball team for its athletically-inclined attorneys. Intra-firm dating is not frowned upon, and in the partnership ranks there are two married couples. Smith Gambrell sponsors an annual attorney retreat each spring, a firm-wide summer picnic, and a firm-wide Christmas party. Occasionally, the firm has thrown a formal dinner dance known as "the Prom" and some associates have asked that it be made into an annual event. Smith Gambrell's summer program has the "right number and mixture of events," we were told. Associates are not pressured to attend all the summer social functions, as happens at some other firms. The firm's goal, rather, is to "make sure that the associate gets the feeling of what it is really like to work here. The priority is not to wine and dine," according to one insider. Activities for summer associates include white water rafting, a beach outing, a trip to Six Hags, a golf/tennis day, plays, concerts, Braves games, and a variety of parties. Smith Gambrell's five-member executive committee runs a "tight but flexible ship." The committee is headed by a managing partner who rotates on a two-year basis. Partners with "substantial influence" in the firm's affairs include Jay Schwartz, Steve Forte and Bill Meyer. Associates serve on the marketing, summer, and recruiting committees. Associates chosen to be on these committees "receive a lot of exposure to partners with whom they would not normally work, which tends to give them an advantage when they come up for partnership," we were told. "It is great if you are picked to be on a committee but it is not so great if you aren't. You can still make partner if you aren't one of the designated stars, but it is harder," remarked one contact. The firm is "very open" about sharing information with associates, and every year at the firm retreat associates are given full financial information about the status of the firm. According to our contacts, Smith Gambrell's salary structure had been competitive with other top Atlanta firms "until the most recent increase," when most firms in the city gave their associates a $3,000 raise, but Smith Gambrell did not. The firm, moreover, has not been competitive in its associate bonuses, which are given only to those who have billed more than 2100 hours. Very few associates make the 2100 hour cut-off, we were told, and many of our sources indicated that the bonus is not large enough to justify the additional time needed to bill such hours. Smith Gambrell has a "reasonable" benefits package, "but it could use improvement." Associates may participate in the firm's 40IK plan, but there are no matching funds. The health care plan is "acceptable" and includes modest dental coverage.

In past months rumors have spread about major airlines Delta and Northwest merging. And while a decision has yet to be reached, many have expressed a similar c...

The Home Depot was founded in 1978 by Bernie Marcus and Arthur Blank. Along with investment banker Ken Langone and merchandising guru Pat Farrah, the founders’ vision of one-stop shopping for the do-it-yourselfer came to fruition when they opened the first two Home Depot stores on June 22, 1979, in Atlanta, Georgia. The first stores, at around 60,000 square feet each, were cavernous warehouses that dwarfed the competition and stocked 25,000 SKUs, much more than the average hardware store at th...

We have over 200 lawyers in 23 offices across the country, including three of counsel affiliate offices. Adhering to the principles of the FH Promise, our attorneys strive to provide clients with sound legal advice, practical counseling and excellent client service FordHarrison attorneys understand that organizations must operate in a highly regulated, litigious business climate. We help employers minimize the legal risks involved in making employment decisions without compromising business nee...