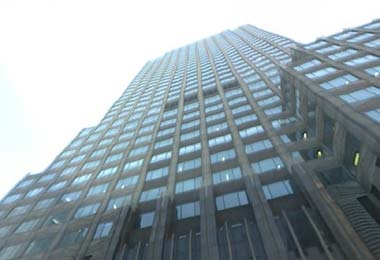 Advice to law firm management: Have the senior firm leadership set a better example on how they treat the rest of the staff. They could be much more encouraging instead of demanding.

Pros: There is a very large and diverse set of cases on which to work and learn. You get to work very closely with top level lawyers and see how they operate.

Cons: Some of the upper level lawyers don't really see you as a person, but more of tool sometimes. They expect very long hours that cut into your personal life.

Advice to law firm management: Plenty of opportunities to grow your career as desired. They allow you to take risks and empower you to always do the right thing. In short, great place to start & establish and grow you attorney career.

Pros: Hughes Hubbard & Reed LLP is a good place to work. They value their employees and really give back to the community. The workplace culture is good, everyone is respectable and get along nicely. Almost every day, the decisions of attorneys at this firm remind me that work can be both ethical and successful at the same time.

Cons: Management is good for most part except for the fact that they have lot of reorganizations happening now and then. Because of the changes that keep taking place, it sometimes gets hard to adjust to the transitions.

In 1884, Charles Evans Hughes entered the firm of Chamberlain, Carter & Hornblower upon graduation from Columbia Law School. Four years later, he was made a name partner and the firm's name was changed to Carter, Hughes & Cravath. Increasingly, Hughes was known as a "lawyer's lawyer." Judges took special note of his work and sent him hotly-contested or highly-entangled cases. His independence and unquestioned integrity, in addition to his ability as a fact finder, singled him out, and he was chosen to direct successive investigations of the utility and insurance industries. With successful investigations, particularly the Armstrong investigation of the insurance industry in 1905, Hughes gained a political reputation and was elected Governor of New York in 1906. After two terms as Governor, he was appointed to the Supreme Court of the United States by President Taft in 1910. He resigned from the Court in 1916 to run for President against Woodrow Wilson. After a narrow defeat for the Presidency, Hughes rejoined his old partners and, except for the period from 1921 to 1925, when he was Secretary of State under Presidents Harding and Coolidge, he remained a partner of the firm until his appointment as Chief Justice of the United States in 1930. Hughes’ son, Charles Evans Hughes, Jr., was also a partner in the firm but resigned in May 1929 to become Solicitor General of the United States. A year later he resigned from that position immediately upon his father’s confirmation as Chief Justice and rejoined the firm as a partner. Learned Hand, one of the great judges of the 20th century, is said to have once observed that the greatest lawyer he had ever known was Charles Evans Hughes, except that Hughes’ son was even greater. Allen Hubbard, a law school classmate of Hughes Jr., joined the firm in 1917 and apprenticed under Hughes Sr. He would lead the firm as Senior Partner three decades later. Francis Reed, who joined the Firm in 1928, was a renowned corporate lawyer who also took his early paces under Hughes Sr.. He served as Senior Partner from 1959-1974.

Hughes Hubbard & Reed LLP. practices law in the following areas and works with its clients to provide the best possible legal solutions.

Decisions are made based on a number of factors that include: grades, law review/journal involvement, law school activities, prior work experience, undergraduate record, character and interpersonal skills.

Hughes Hubbard does not report any information regarding its pro bono activities.

Legal Jobs in New York City and Near Locations


Diversity Co-Chair Beatrice A. Hamze Bassey (lower left, above) was recently profiled in a cover article on "Attorneys at the Top"


The summer provides an excellent opportunity for the law student to get to know the firm and for the firm to assess the ability of the law student to handle the kinds of problems presented in the firm's practice. To these ends, the summer program is designed to treat a summer associate to the greatest extent possible in the same manner as a permanent associate. Summer associates work on real problems, not "make-work," and those problems often involve far more than library research. In recent years, for example, summer associates have assisted at depositions, court proceedings and closings. Summer associates participate in a wide variety of client meetings, witness interviews, negotiation sessions and fact-gathering projects and, on some occasions, they have traveled to other offices. A Trial Advocacy Workshop and a Corporate Negotiations Workshop are included in our summer program to provide summer associates the opportunity to test and develop their litigation techniques and negotiation skills.

Is Virtual Arbitration Here to Stay?

In an attempt to reduce legal costs, GE Oil & Gas has been testing a virtual arbitration process, as regards commercial disputes. The question is, does this sig...

Carter Ledyard & Milburn LLP is a general practice law firm headquartered on Wall Street. We have a ratio of partners to associates of about one to one, and provide personal, partner-level attention to all clients and matters, large and small. This forms part of our Partners for Your Business® commitment, together with the focus we place on providing counseling to help advance the business interests of our clients. We offer sophisticated legal advice within a culture that encourages innovati...

Anderson Kill was founded in 1969 on the principles of integrity, excellence in the practice of law, and straightforward solutions to complex legal issues. The firm's attorneys approach engagements aggressively, and have earned a reputation for combining corporate polish with pugnacity. Based in New York City, the firm also has offices in Ventura, CA, Philadelphia, PA, Stamford, CT, Washington, DC, Newark, NJ and Dallas, TX, but the attorneys travel around the country and around the world to ha...

Curtis, Mallet-Prevost, Colt & Mosle LLP, founded in 1830, is one of the first U.S. law firms to develop a truly international practice. Dedicated to counseling clients involved with some of the most challenging transnational transactions and complex multijurisdictional disputes, Curtis represents multinational companies, international financial institutions, governments and state-owned entities, family and other privately held businesses, entrepreneurs, and high-net-worth individuals. With 17 o...