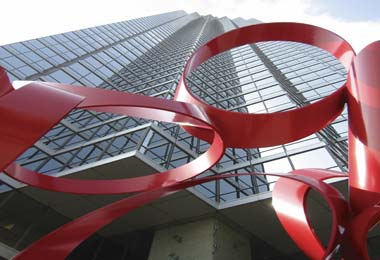 Jackson is a confirmed STOOGE and a "BLATANT RACIST". piss poor personality for a piss poor pooooossssyyy. Nicholas Tu, James G and I are going to come to jacksons house and give him a good old spanking ive had enough of these STOOGES taking the MICKEY out of people like me. (ME AND THE MANDEM WILL HAVE OUR WAY"

i get to abuse jackson

Jackson is a confirmed STOOGE and a "BLATANT RACIST". piss poor personality for a piss poor pooooossssyyy. Nicholas Tu, James G and I are going to come to jacksons house and give him a good old spanking ive had enough of these STOOGES taking the MICKEY out of people like me. (ME AND THE MANDEM WILL HAVE OUR WAY"

i get to abuse jackson

Jackson Walker LLP practices law in the following areas and works with its clients to provide the best possible legal solutions.

Jackson Walker does not report any information regarding its pro bono activities.

At Jackson Walker, we believe that diversity makes us better. By actively recruiting, retaining, and advancing a diverse workforce, we are better equipped to serve our sophisticated, global clients and to contribute to making our communities better places.

We foster diversity by promoting a culture in which all individuals are afforded the opportunity to excel. Our Diversity Committee (whose membership is made up of both lawyers and staff) develops and administers our goals, and provides advice and recommendations in order to improve our diverse workplace.

Jackson Walker is proud of the diversity we have achieved in our firm. As a result of our targeted efforts:

Nearly 50 percent of the firm's associates are women, and more than 25 percent are members of ethnic minorities.

For the past 5 years, at least 50 percent of the firm's new partners have been women. In 2014, Jackson Walker promoted more women to partnership than any other Texas firm.

More than 75 percent of the attorneys hired by the firm in 2013 were women and minorities.

At Jackson Walker we offer a first-half summer program, which typically starts in mid-May and runs for six weeks.

The firm will reimburse your one-way travel expenses if you do not live in the city in which you will work. We can also provide you with reputable sources to assist in finding summer accommodations.

Each summer associate is assigned two or three Responsible Attorneys, a team of partners and associates who will contact you a month or two before you start to welcome you and answer any questions you may have before you arrive. They will also take you to lunch on your first day, keep in touch with you throughout the program to help integrate you into the firm, and take you out for your farewell dinner at the conclusion of the program.

You will go through a one and a half day comprehensive training and orientation session when you start, and our librarians will schedule Westlaw and Lexis training for you within a few days of your start date. Workshops and other opportunities for additional training are frequently made available throughout the summer.

Well known Dallas law firm Jackson Walker LLP has announced that they are moving their office from the Bank of America Plaza to the KPMG Plaza in the Dallas Art...

Clients judge Thompson Coe by the work we do and the successes we've had. We understand the ability to deliver consistent, effective results means knowing our clients, identifying value and performing beyond expectation. Our clients choose Thompson Coe because we do more than solve their problems. We get results. Since 1951, Thompson Coe has been the litigation firm of choice for one of the most sophisticated buyers of legal services in American business–the insurance industry. Built on a s...

Enter your email below to follow Jackson Walker LLP