Aggression in the Legal Industry 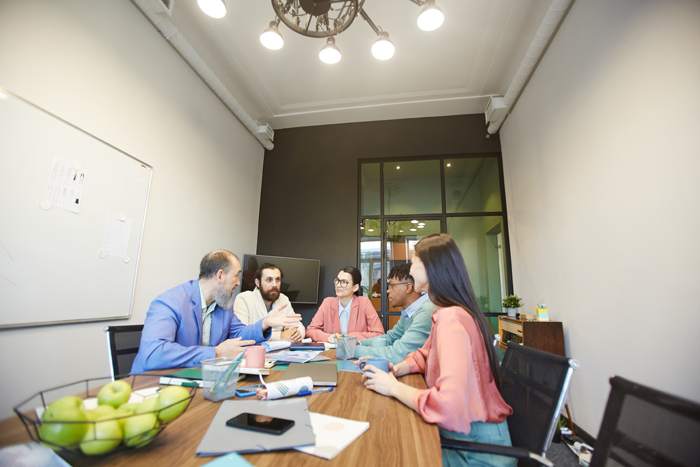 Thankfully, this is something that is not common in the legal office today. However, this does not mean that abuse does not exist. We are talking about passive-aggressive behavior that can have the same effect. Let's explore that theme and why it is causing a problem in the legal industry.

What is Passive-Aggressive Behavior?

Those that show passive-aggressive behavior towards others usually want to share their negative feelings. Instead of shouting or being directly mean to someone else, they will use another language to communicate they are unhappy or angry about something. In particular, this includes hostile language and sayings with a double meaning. They do not want to speak openly but instead want the other person to know they are not happy. Therefore, passive-aggressive behavior is acting in an indirectly aggressive way towards another person. This is often displayed in workplaces, and the legal industry is no different.

Stories from the Legal Workplace

There is no doubt that there are more mental health initiatives today than ever before. This can help people deal with stress and anxiety in the workplace. However, we notice that not many of those initiatives are helping people in management positions learn how to treat their employees better. Indeed, this could lower the stress levels of others and those that experience passive-aggressive behavior toward them.

For example, there are stories of associates having to leave the office in an ambulance. They had not been physically abused. Instead, they had been pushed for years by a passive-aggressive partner to do better. Eventually, this got too much for them to handle. Unfortunately, the group tried to deny this story's truth and connected it with mental health instead.

There was another story about a legal secretary that also deserves attention. In this situation, she was verbally abused and demeaned by partners to the point where she hated her job. In fact, there was so much abuse that they committed sex discrimination under the fair employment law in California. No longer will this type of humiliation be accepted in the workplace, and thankfully, the law was able to help this secretary. This was probably due to the behavior being so prevalent and direct.

There will be some abuse in the workplace that is targeted towards women because of their gender. However, this is not the only bad behavior we see. Indeed, passive-aggressive behavior is prevalent, and this can affect anyone at any time.

Ways to Prevent Passive-Aggressive Behavior in the Workplace

If someone is displaying passive-aggressive behavior toward you, it can be easy to copy and mirror their actions. While it can be tempting to act in the same way towards them, it is best to avoid this. All this will do is increase the amount of passive-aggressive behavior in the office, which is not going to be good for everyone. Indeed, you do not want to start acting this way towards other colleagues and making the problems worse. The best thing you can do is ignore it if you do not have the confidence to confront it.

Some situations can encourage passive-aggressive behavior to exist. This means you want to avoid this as much as possible. In other words, you need to make your expectations apparent. For example, set clear deadlines and distribute workloads fairly and openly. This can help to lower the risk of someone displaying passive-aggressive behavior that affects the whole group. When everyone knows what is expected of them and what they are doing, this can help lower the chances of them acting out in a way that is not helpful for the rest of the group.

Allow the Opportunity for Dissent

Sometimes passive-aggressive behavior can result because someone does not feel like they can openly express how they feel. Therefore, if you can, give everyone in the office the opportunity to speak and say what their thoughts are on a situation. This allows everyone to have their moment and not result in underhand tactics to say what they mean. While there is often a hierarchy in the workplace, everyone should freely share their opinion, which can help avoid matters.

Call Out the Behavior

This next tip is not easy. But it can be an important step in getting rid of passive-aggressive behavior in the workplace. If someone is acting this way towards you, call out the behavior. Let the other person know that you have seen what they are doing and that it is not appreciated or be productive in any way. This does not mean that you should be confrontational and start an argument. But you can let them know that you have seen their eye-rolling or heard the muttering under their breath. Instead, you can ask them, 'how are you feeling about this discussion?' You will have to deal with the fact that it can seem aggressive at first. But if you remain calm and respectful, you can make sure that the ending is good. In some instances, the person might be so shocked that you confronted them on their behavior that they never do it again.

The 21st-century problem is that it is easier to send an email to someone rather than talk to them. But the issue with sending emails is that it is easy to say things you do not mean and even misinterpret what someone is trying to say. To avoid this becoming a problem for the workplace, it is best to promote direct communication. Allow employees the time to speak directly to each other. Hopefully, this can stop passive-aggressive behavior starting via email.

Sometimes, it can be beneficial to provide associates and other legal professionals training to help with communication. This is a good way to make everyone aware of the consequences of passive-aggressive behavior and ensure that there are more effective ways to communicate with each other. There is a lot of training available, which can help people be more direct and assertive with their colleagues. They can take what they have learned in training back into the workplace and open communication lines.

Do not forget that there are also team bonding exercises that can be arranged. The result of passive-aggressive behavior can be disconnect and mistrust in the workplace. If this has already happened, it is going to take some work to repair. But it can be done by team bonding exercises. Take people away from the stresses, deadlines, and workloads in the office and have some fun. This can allow people to bond and get to know each other better. Hopefully, this can help to improve relationships and the environment in the legal office.

Unfortunately, there are no workplaces that are safe from passive-aggressive behavior. But there are things that we can do to lower the risk of it affecting the working environment, productivity, and office relationships. This includes opening up the lines of communication and calling out the behavior when we see it. In the long term, training and team bonding exercises will help stamp out this type of abusive behavior that can have negative consequences. We can all commit to being more mindful of our behavior and how it can affect others. This way, we can make sure that everyone enjoys where they work and does not affect clients or the overall legal industry.

Alcoholism in the Arena of Biglaw

Gender Pay Gap
Choosing a Career as an Employment Attorney