How Has COVID-19 Affected Mergers and Acquisitions? 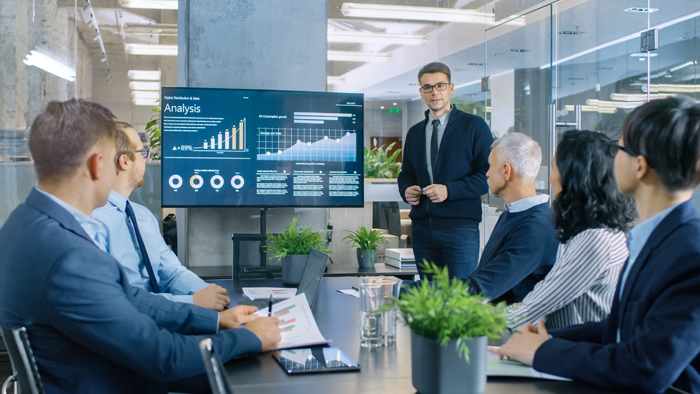 Businesses have also had to cut back on operations due to a dive in consumer spending. Many supply chains have been broken, and demand worldwide has gone up and down for certain materials. While some businesses are able to survive, and some even thriving, others are struggling to make ends meet.

Just like many other aspects of business, the coronavirus has caused havoc when it comes to mergers and acquisitions deal activity. In fact, the U.S. experienced around a 50 percent decrease in deals in the first quarter, and at the end of March 2020, almost no deals were happening. Around this time, there were a lot of problems concerning what the virus was and how the best way to deal with it was. Indeed, many countries have gone their own way, and it is not until the end of 2020 that we are able to start to navigate what the best moves are for the future.

Instead of focusing on what growth could be made, executives have had to turn their attention to their companies' health and how they could keep them afloat during COVID-19. No longer are they buyers, with long-term goals, but instead, they have been steading the ship to ensure their business survived during this difficult time. Also, anyone that has a portfolio of companies has been concentrating on keeping them strong as opposed to getting involved with new deal activity.

Unfortunately, those that were working on mergers and acquisitions transactions at the start of the coronavirus pandemic were forced to abandon them. Meetings had to be postponed, and deals dropped to make sure businesses could adjust to COVID-19 and the new demands that arose. Until the world stabilizes, big deals will have to be put to one side. There is likely to be a growth in deals during 2021. But we are not talking about the same scale that existed before the pandemic.

There have been some industries that have been affected more than others. In particular, travel companies have lost millions as nobody is going on vacation or planning a trip anytime soon. A lot of borders are closed, and no one is prepared to take any risks that are not necessary. Transportation is down as people are staying at home to stop the spread, and most people are working from home if they can. Even oil and gas companies are suffering as material demands have plummeted. Therefore, there is generally less deal activity going around right now as coronavirus is still unpredictable in the business world.

On the other hand, it might not all be negative with it comes to deal activity. There are still going to be some companies that have money to play with. This could mean that buyers seek out bargains if a company is struggling, increasing mergers and acquisitions deal activity. In other words, there could be more rescue deals, and others will look at restructuring.

Deal Timelines Will be Longer

While deals during COVID-19 have plummeted, there is still some mergers and acquisitions activity happening. However, the way they are carried out has changed and likely to continue for some time. In other words, deals will take a lot longer to complete, and there will have to be a lot of work when it comes to communication. A lot of dealings are now going to be done remotely, which will take more co-ordinating between buyer and seller, as well as their teams. This includes almost every stage of the transaction, from preliminary discussions to negotiations. Parties are unlikely to be able to meet face-to-face. They will have to rely on other types of communication, which will cause delays and even complications.

For example, negotiations often require everyone to be in the same room to discuss a deal. But everyone may be in different locations. Third-party consent will be harder to obtain, too, and patience will be necessary. The Department of Justice has already required mergers and acquisitions companies to include a further 30 days to deal with agreement timelines. Indeed, buyers and sellers are going to be cautious about new deals during this time and will need longer to think about them. Therefore, expect any deal timelines to be lengthened. However, it will still be possible to complete the deal during the coronavirus pandemic.

Due Diligence Before Letters of Intent

Letters of intent are a traditional part of mergers and acquisitions and how deals are completed. But the coronavirus has created a lot of damage, which will affect not only the number of deals and how long they take to complete. But this pandemic is also going to affect letters of intent and how they normally work. For instance, buyers will have to complete due diligence and evaluate how the coronavirus has affected the seller's business. For example, they will want to know the effects on suppliers and customers, as well as what the business operations are like and the prospects for the future.

Then the next stage is going to be the letters of intent. Of course, this is an important stage, and it demonstrates the intent to enter into a transaction. Buyers should also be aware that sellers are likely to approach this stage slightly differently during the pandemic. Indeed, they will believe that they have bargaining leverage during this difficult time. They will want to minimize risks as much as possible. For example, there might be provisions included that are not normally part of letters of intent. This can include pre-closing convents, and there can even be drop-dead dates.

But this is not to say that buyers will not benefit at all during COVID-19. In fact, it is likely that they will benefit from longer exclusivity periods. While 30 to 45 days is the normal amount of time for this stage, it is likely that buyers will be allowed around 60 to 75 days. Indeed, when there are talks with the seller, this could be extended. This is particularly true if there are aspects of the pandemic that delay their part of the deal.

A mergers and acquisitions deal can often involve financing through debt. However, while this is not normally a problem, it is being made very difficult during the coronavirus pandemic. Indeed, the same levels of debt financing will not be available, which means that some mergers and acquisition deals will not go ahead. Some lenders will demand stricter terms and conditions as they look to protect themselves during a difficult time if they do. They might even increase their pricing in order to deal with the risks that have been presented to them by the pandemic, as well as lowering the available debt.

There is a huge amount of economic uncertainty existing across the globe right now due to COVID-19. In particular, the world of mergers and acquisitions is feeling it. While leverage used to be in the hands of sellers, it is now being passed to buyers. They are in a position where they can take their time and have a little more money to play around with. They are in the ideal position to wait for the right deal to come along, which has the right price for them. Unfortunately, sellers do not have this privilege during economic uncertainty.

It is easy to see that COVID-19 has had a real effect on mergers and acquisitions. If you are involved in this type of business, you will see a decrease in deals coming your way. People are very concerned about making sure their company survives this global pandemic. This means that they have less money to play with. While there will be some new deal activity coming from buyers that have profited, it is likely the process will be largely different from what you are used to. We are talking about having longer timelines for everything from preliminary discussions to negotiations. It is also likely that stricter conditions will be sought, and buyers will have more leverage than ever before. On the other hand, sellers may struggle to find the deal they had in mind, and things like debt financing might be in jeopardy.

The Diverse Skillset of the Bankruptcy Lawyer