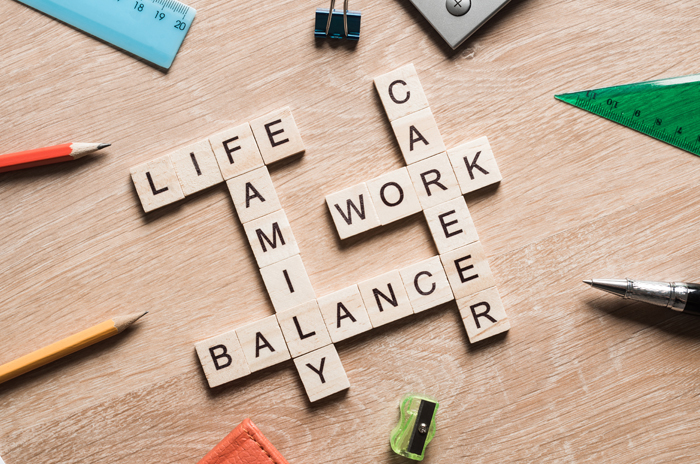 There is no other profession more likely to suffer from depression than being an attorney. According to the American Psychological Institute, attorneys are 3.6 times more likely to suffer from severe depression than their non-attorney peers. However, it has long been treated like a dirty little secret in the legal world. Attorneys avoid seeking treatment, or attempt to do so in secret, for fear of being stigmatized for the rest of their careers.

In the age of destigmatizing mental health issues in the same manner we treat medical issues, the firm of Reed Smith launched a campaign titled #stopthestigma. The goal is to help lawyers seek the help they need without fear of repercussions on their careers. Educational resources, access to counselors, and evaluations are part of the #stopthestigma campaign.

Morgan Lewis is another firm that is busting the stigma around mental health for its employees. They launched the ML Well program, with a mission to support the "intellectual, physical, emotional, and occupational health" of its employees. The firm provided educational information and hired a new executive to focus strictly on employee wellness initiatives.

Why are attorneys prone to mental health issues?

The primary driver of mental health issues among attorneys is a lack of proper work-life balance and high-stress levels. The stress on mental health seems to start as early as law school, and numerous prestigious law schools have recently implemented mental wellness initiatives. They have long waiting lists of students seeking services as the struggle to balance the demands of law school.

Unrelenting levels of high stress are a significant risk factor for mental health disorders such as depression, and attorneys have high-stress jobs. Daily stressors faced by many in the legal profession include: To further complicate access to mental health services, each state bar has substantial subjective decision making power regarding whether mental health issues are a barrier to an attorney's ability to practice law. The power of the state bar to do significant damage to their career places pressure on attorneys to keep their struggles with mental health private. Suffering in silence leads to a sense of isolation and posing a significant barrier to receiving adequate treatment.

In the practice of law, adversarial relationships are the norm. There are two sides to each legal case, meaning there is almost always someone else in the same profession doing battle with you. This level of adversity is made to look glamorous in books and on TV shows, but the reality is far different. The stress of having to always be on guard takes a significant toll on mental well-being.

Attorneys are twice as likely as the general public to have substance abuse or dependency problems. Alcohol is the most abused substance, especially in males over the age of 50. Substance abuse, combined with comorbid mental health issues such as depression or anxiety, dramatically increases the risks of a suicide attempt. Attorneys are at an increased risk of suicide when compared to peers of similar demographics.

As difficult as it might be for an attorney to admit they are struggling with a mental health disorder, it is almost impossible to seek treatment for substance abuse. The stigma, along with the genuine threat to their careers, poses a significant barrier to treatment. The problem is prevalent but deeply hidden in the legal industry.

A comprehensive study of substance abuse among attorneys was conducted by the Hazeldon Betty Ford Foundation and the American Bar Association and released in 2016. The results showed that twenty-one percent of practicing attorneys qualify as problem drinkers. Over seventy-five percent of the attorneys skipped over the section related to drug use. It is not difficult to imagine why.

Of those that did answer the questions about drug use, over five percent admitted to using cocaine, crack, or stimulants. Five percent admitted to abusing opioids, and ten percent used marijuana. Of those that admitted drug use in the past year, over sixty percent expressed moderate concern over their use of drugs. Imagine the stress of knowing you have a substance abuse problem, but being unable to seek because doing so poses a significant threat to your career.

How firms can help

In addition to providing access to mental health resources, the other problems that lead to mental health issues must be addressed in firm culture. Addressing risk factors for mental health issues is problematic when those issues are deeply embedded in the culture of the law firm. Long work hours, stress, and the thought that work must come before anything else is deeply ingrained into the culture of many law firms. Attorneys unwilling to sacrifice their personal lives for the sake of the job are seen as weak, and won't get far in many of the most prestigious firms.

Mental health programs are a step in the right direction, as are attorneys bravely speaking out about their battles with mental health issues. Still, it will take a profound dedication to change for firms to fully realize that encouraging a healthy work-life balance is not only good for attorneys but good for the overall health of the firm. The higher an attorney rises toward success in the firm, the greater the stressors become.

Unfortunately, as things stand, most firms only address mental health or substance abuse issues when it starts to affect the performance of an attorney. Early intervention is crucial to a successful outcome, and that isn't happening for attorneys. The mental wellness programs being offered by top law schools and law firms are a step toward breaking the stigma and silence surrounding these problems. Hopefully, one day soon, firms will step up to address the root causes of why attorneys are more prone to mental health issues.