The Saviors of Today's Law Firms May Be Millennials

Summary: Law firms from now and on into the future will have to learn how to deal with the upcoming crop of millennial lawyers. 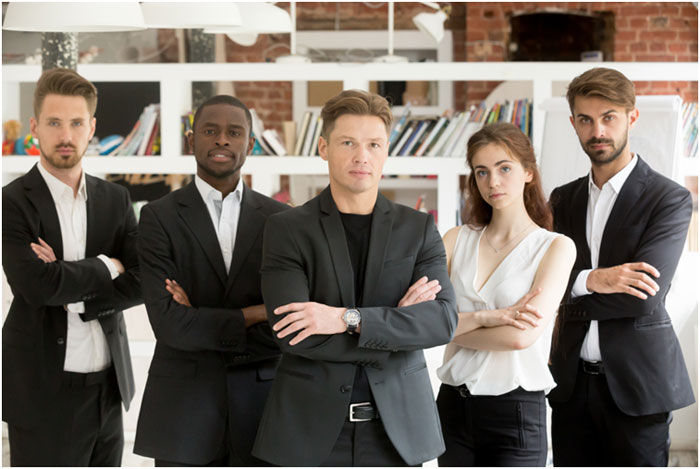 According to the stereotype, Millennials are the kids from say…2002 ‘til about 2014 or so who seemed to think the world revolved around them. They were jaded, leery, skeptical. But most of all these kids, called millennials, were decided.

You couldn’t convince them of anything. They had their minds made up about school, relationships, and the establishment of a stable life. In fact, it was that word, establishment that always seemed to rattle their cage. As far as establishment went, millennials wanted no part of it. They lacked a positive attitude to work and wanted to live their own lives up to their own expectations, and no one else’s.

Where did the millennial attitude come from?

However, realistically who could blame millennials for their attitude? After watching elders such as their parents lose their minds over the 2008 recession, it made sense that they wouldn’t crave stability like the generations before them.

Dad and Mom worked tirelessly for everything they owned and invested in to go up in smoke. Meanwhile, Grandpa and Grandma have to move in because they lost their shirts too. Now the house is cramped and the collective attitude is sour if not worrisome.

With all they’ve witnessed, it’s no wonder the millennial has emerged as such a difficult age group to deal with:

Millennials then were a problem group and a workplace poison. Just the very mention of the word had the normally poker-faced HR representative rolling their eyes and clicking their tongue. This, of course, was because millennials were our next workforce. Yes, in all aspects of the job market, they are the ones to replace the Baby Boomers and Gen Xers once they fade out into retirement.

Of course, this notion that they were next left many HR people within many established businesses face-palming themselves. Yet there were other more enlightened HR individuals, businesses and law firms that realized not just the value of millennials, but the fact that millennials were all anyone had to continue an establishment. With the current workforce getting on in years, the only option was to work with millennials to continue in business. So, they decided to take it easier on millennials and appeal to millennial needs.

What did millennials want?

Contrary to popular belief, millennials don’t just want reduced hours and a chilled out lifestyle. As a Forbes article at the time discovered, millennials wanted:

And what did the millennials give in return to these businesses desperate for new blood: A promise to not quit.

Not necessarily, but sometimes. There can be many reasons why law firms and millennial mindsets don’t mesh. Law firms can be stodgy older establishments run by aged attorneys who beyond themselves care little about the world around them.

As for millennials, they soon would be disheartened to know that the main concern most of these older lawyers have involves billable hours and how much money they can get out of a client.

Then, of course, there is the work-life balance which everyone understands is nonexistent in the 60-hour workweek of today’s (or any day’s) law firm. And as far as affecting social change, well that continues to not even exist as an afterthought in many established law firms.

In short, everything about law firms as well as the entire legal universe, cut against the millennial grain. This resulted in law coming in nowhere close to a top favorite career choice for this age group, which like many businesses at the time, consequently put the law firm’s future in peril, leaving the firm lawyer-less and with that, penniless.

At present, 84% of millennials experience burnout from work. So, although they have demanded flexibility and a work life balance in the past, it’s uncertain as to whether this has been achieved. In many ways, the millennial seems to have been unsuccessful in their pursuit of a better life.

Millennials seem to be in a bit of trouble. Much of their income goes to housing, career paths are jumbled up secondary roads that eventually lead to depressingly inconsequential career jobs. They drink, smoke pot, eat crappy food and play videogames day and night. This lifestyle is the exact opposite to what they originally desired.

As Hannah Ewens of Vice says, if you are a millennial, you don’t want to become this type of millennial:

A single 43-year-old burdened with mental-health issues, living in a shoebox apartment that costs $2,500 a month, scrolling obsessively through Tinder, and tweeting about the latest Palace drop to an audience of desperately lonely peers.

Fortunately for some, there are great workers within the millennial generations, and those subsets can mean that there is a place for millennials in law.

Sure, many of these good millennials may still have the ideals of what the entire generation is about; which in lieu of our currently fractured society is a very good thing.

Great Qualities that Millennials Bring To The Workplace

In short, not all millennials are alike. Some are actually beneficial to a business, so don’t rule out millennials at your law firm too quickly. They could be the change that the legal profession needs.

How Millennials Can Be Valuable In The Legal Profession

So you’ve concluded you do need them. After all, they’re the first crop of graduates to come out of law school just when retirement is sniffing up your older attorneys. Either way, you really don’t have a choice; you have to hire these youngish 20 to 30-year-old-lawyers who supposedly are nightmares to deal with in any professional situation.

In Millennials Won’t Destroy Your Law Firm. Can They Save It? author Lizzy McLellan states that of late, law firms have been wringing their hands in wonderment about how to deal with the millennial lawyer. Some firms even ask why they should deal with this generation in the first place. The answer is simple: If a law firm still clings to traditional models for training associates and running the partnership, then that law firm has already fallen behind.

McLellan states doubtful law firms need to wake up to the fact that the millennials are here, they’re climbing the ranks, and they’ve already begun to transform the industry.

But she also stresses that in all actuality, this is good news. A decade after the Great Recession highlighted the legal industry’s weaknesses many law firms now recognize the need for new strategies. And for those that get this generation right, the changes they embrace may be key to success in a new era of legal services.

As the article cites, millennials, with all their generational quirks, are actively working their way up in the legal industry at the same time that many law firms face critical decisions about how to stay relevant in a greater more diverse economy and society.

Additionally, millennial lawyers know and understand other millennial business leaders in sectors such as the tech industry; hence businesses that could one day be new clients. With this in mind, it’s no surprise law firm leaders are now paying greater attention to this generation.

For example many firms have implemented remote working programs, which is a large part of the work-life relationship millennials desire in their careers. Other firms are redecorating – literally. They have remodeled or completely overhauled their physical workplaces with millennials in mind, favoring common areas, for example, over large corner offices. In other cases, law firms have moved to newer areas to appease the millennials’ desire for hipper work atmospheres.

As far as the business of law is concerned, firms have begun to actively involve younger lawyers in strategic planning and pitching business ideas. Some firms have even added millennial partners to their management committees.

McLellan’s article suggests that in the long run, the influence millennials will have within law firms could be a very good thing.

For instance, law firms are slow-moving entities. They stick to tradition almost to a fault as some law firms feel they do not need to advance themselves in the way other businesses have.

This is particularly true after the 2008 recession: While other companies streamlined as well as adjusted how and from where they gain their profits, law firms continued their process of billing clients at high margins without giving consideration to their clients’ post-recession financial situation.

At the same time, these firms’ clients began to cut back on their legal spending which further put law firms in a financial bind. In other words, large law firms simply did not keep pace with the economy, which many attorneys cite is due to years of complacency.

McLellan’s article suggests that a law firm’s billable hours and long-standing partner compensation schemes have been the hallmarks of traditional law firm business models. Yet at the same time, those same practices have made law firms inefficient in today’s business market.

Millennials, on the other hand, are less concerned with billable hours or partner compensation. They are more willing to collaborate with other attorneys instead of taking the entirety of a client’s needs and consequentially, what those needs will pay in return.

Yes, it’s a new way of thinking, but it’s a way of thinking that goes far beyond today’s legal practice to infiltrate nearly every aspect of today’s lifestyle of tomorrow’s leaders.

Related Articles
How Law Firms Can Get More Legal Business With a More Compelling About Us Page
How Will the Legalization of Marijuana Effect the Legal Industry?
The Top Attributes of Law Firms Leaders: Characteristics of the Most Effective and Loved Law Firm Leaders
What Millenial Lawyers Want, Need, Demand and Cry About: How Law Firms Can Cope With Babies
How to Be a Parent and an Attorney: The Challenges of Being a Lawyer and Parent
The New Generation of Lawyers, and How They Will Topple the Old Legal Guard
How to Fix Unequal Pay in your Business
Top 5 Ways Law Firms Can Be Successful Businesses
How Law Firms Can Attract Better Attorneys
The Future Lawyer