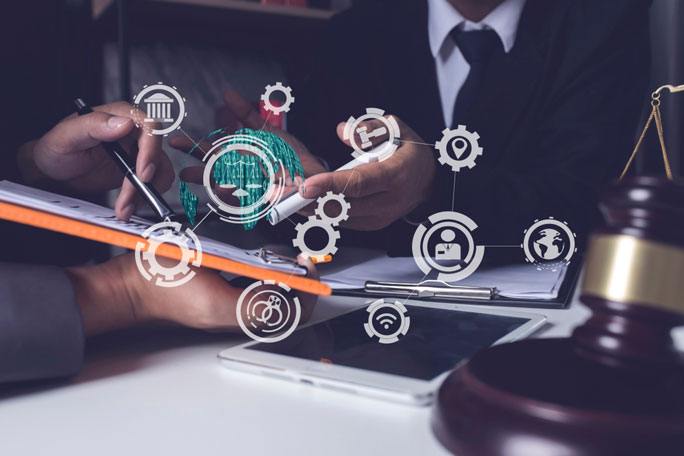 Attorney Jones did not understand why his practice was not developing more quickly. He had been in practice for seven years and had been an associate with a respected firm for three years prior to branching out on his own. His academic record was excellent; he graduated in the top third of his class at a well-known law school. Jones' professional record was also good. He, more often than not, provided the results his clients wanted. Some of Jones' clients had developed relationships with other attorneys and had discontinued their work with him. Jones felt that to some degree this would continue to happen and that this was not always within his ability to control. The number of potential clients referred to him had decreased over the past year. He was not sure what had caused this.

Jones had always felt that by providing competent legal services, his record and reputation would attract clients. But Jones was watching his income decline and was concerned about the future. He decided to talk with two former clients with whom he felt most comfortable and ask why they no longer used his services. He knew that the work products were complete and delivered on schedule. He wanted to hear firsthand from the clients why that had not been enough. Although this might not be "scientific," at least he could get some idea of what was wrong.

He was surprised by what the first client told him. The client said that Jones' work was more than satisfactory and his billing rate was very fair, but he did not like the way Jones' staff treated him. Although he felt that they may perform their tasks well, he did not feel that the receptionist or support staff appreciated him. As a result, the client believed that Jones did not appreciate him.

After talking with the second former client, Jones began to realize what the problem might be. The second client had told him that he did not think he was being billed fairly. He did not understand why the professional rates on Jones' bills fluctuated. The client believed that Jones was charging what he needed to receive in order to match an income expectation for his practice.

Jones realized that he had based his analysis of his practice on his own perceptions. Without asking his clients' opinions, he planned and adjusted his practice according to what he thought would be areas of need for improvement. He altered his schedule for the next two weeks and took time to call his existing clients and many former clients asking their general opinions, in addition to calling several referral sources. He asked for their specific recommendations:

What would they do, if they were Jones, to improve his practice?

None of the clients or referral sources seemed to mind the interruption in their schedules, and several actually seemed to enjoy sharing their opinions. In fact, a few former clients mentioned the possibility of future work with Jones. In this case, the facts were what the clients believed them to be.

Everyone seems to "know" when they receive good service, whether in auto repair or restaurant or legal services. Yet defining service quality seems to elude easy explanation. To deliver good service consistently, it is imperative to understand what constitutes good service.

Defining the abstract concept may not be as difficult as imagined.

Christian Gronroos presented these simple concepts to the American Marketing Association. Service delivery can be simply diagrammed, he said. Total quality is a composite of technical or the "what" of the service and functional quality or "how" the service is delivered.

Technical. This element is often the only one the service provider considers when determining performance. In simple terms, the technical quality deals with whether the results are good—specifically, if the will or contract review gives the client peace of mind and satisfaction.

Functional. This element is easy to control in theory, but in practice may take more conscious continual effort, since the facilities' ambience and staff impact how service is delivered. In fact, they may have more than one-third weight toward service/quality perception in the clients' minds.

All those elements together describe the service experience.

In straightforward terms, the interaction of these service elements determines the perception of the service quality delivered.

Total service quality is the difference between expected service and perceived service received. Often a client will retain an attorney with clear expectations about the results (technical quality) or the manner of delivery (functional quality) of legal services. However the attorney delivers somewhat different results and in a different manner from what the client had in mind.

As a result, the client is very disappointed and upset, even though the attorney did all that was possible under the legal circumstances. People have similar feelings toward an airline when a connection is missed due to traffic or even weather. Most tend to blame the airline because they did not receive the result (destination) in the manner (schedule) as expected. Learning client expectations becomes crucial to building a perception of quality legal services (later chapters further discuss client engagement techniques).

Role of a Legal Marketing Professional