Learn About Law Where Laws are Launched: Georgetown University Law Center, Washington, DC
< Back To All Articles

Share
Tweet
Linkedin
1916 Views
( 192 votes, average: 4.2 out of 5)
What do you think about this article? Rate it using the stars above and let us know what you think in the comments below.
Growing Trend In Large Law Firms Bearing Fruit As Public Interest Attorneys Make Partner    While there are large law firms out there that run highly effective pro bono programs headed up by non-attorney professionals, in the last ten years there has been ''an enormous upswing'' of efforts led by attorneys, says Esther Lardent, President of the Pro Bono Institute, which is affiliated with Georgetown University Law Center, Washington D.C. 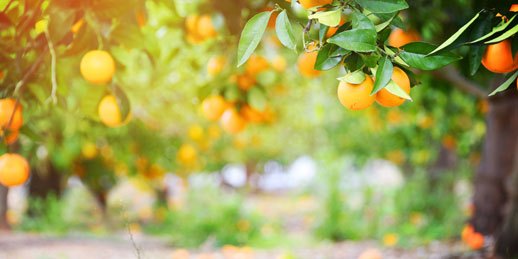 Moving to having an attorney run the pro bono program has been "a very significant sea change," says Lardent, but it's not the only answer. "There's nothing magic about it, but it can be enormously helpful" to have an attorney at the helm, says Lardent. And, with the pioneers in these positions reaching their five or ten year mark on the job, there is now a "micro-trend" of public interest partners, says Lardent.

Plus, while Lardent is seeing this trend all around the country, Washington, D.C. law firms are "close to saturation point" in making the switch over to attorney pro bono coordinators.

Susan Hoffman was an attorney with Hogan & Hartson in Washington, D.C. when she found out that Crowell & Moring (also in Washington) was looking for an attorney to head up its pro bono program. It was 1988, and Crowell's program was being coordinated by its public service committee. The firm decided to make a change, and create the position of Public Service Counsel. For an attorney pro bono coordinator, it was the "first time a full-time permanent position was envisioned," says Hoffman. She got the job, and was made partner five years ago.

For example, there are a large number of equal employment cases currently in the pro bono mix. While many of the cases involve true discrimination, to make the case, it has to be provable. As an attorney, Hoffman says, she can do a quick scan to see if the necessary documentation exists for the case to be viable, and worth the firm's time.

Like many other attorneys running pro bono programs, Hoffman is not involved in any commercial litigation. As a result, she has the time to establish and maintain relationships with nonprofits in Washington, and can work with them to find cases for Crowell attorneys. Groups in the city have told Hoffman that "they love having a coordinator," and are more likely to call with a dedicated attorney there at the firm, Hoffman says.

On Mary Price's first day on the job as General Counsel for Families Against Mandatory Minimums (FAMM) in Washington, D.C., she found a memo on her desk from Susan Hoffman, asking if the group had any cases for Crowell attorneys. FAMM "works to make sure that the punishment fits the crime," says Price, and advocates for "guided discretion" for judges so they are allowed to differentiate between defendants and circumstances in their sentencing decisions.

Later that same day, Price says, her boss called her into her office and announced an initiative to win pardons from President Clinton for 400 prisoners. Price called Hoffman.

From the very start "Crowell stepped right up and they continue to do so," says Price. President Clinton had not done many commutations during his time in office, and only granted 19 of the 400 petitions. While Crowell attorneys did not handle all of the petitions, "they did a great job" with the ones they took on, says Price.

Hoffman remains in touch with Price, and Crowell attorneys work on clemency petitions, research projects, appellate litigation and habeas corpus petitions for FAMM, which does similar work with about ten large firms. Price notes that firms with an attorney dedicated to running the pro bono programs do more outreach with groups like hers - but otherwise sees no difference in the quality of work provided.

Crowell attorneys work on a wide range of cases, with changing trends in the more popular topics among the firm's 250 attorneys, says Hoffman. For example, pro bono immigration work is highly popular now, as are local housing issues. The recent completion of a subway stop in an underprivileged D.C. neighborhood has led to gentrification. The owner of a neighborhood building comprised of low-income housing wanted to evict the tenants and convert the building to condos. Crowell attorneys negotiated an 18-month wait on the evictions and they are working on getting low-income financing for the tenants to buy the building.

On the other side of the spectrum, Crowell attorneys are working to keep a Nigerian man from being deported and to reopen his asylum case. When he was charged with fraud for having a fake visa, he agreed to a plea bargain in which he agreed not to pursue asylum in exchange for probation. But then he was imprisoned awaiting deportation as an illegal immigrant. It is a "fascinating case," says Hoffman, "it was so compelling — we had to do it."

There is no limit to the need for pro bono legal services, and so the caseloads of firms who do this work literally span the globe.

DLA Piper's Chicago office has teamed up with Northwestern University School of Law's Bloom Legal Clinic to work on juvenile justice issues. In the past nine months, DLA Piper attorneys have represented kids in 50 cases at delinquency hearings. The firm is also working on a study project, looking at what causes delinquency, and how to get kids back into school.

On a broader scope, DLA Piper has created a nonprofit organization, New Perimeter, with its own staff attorneys, to take on international pro bono issues. Currently, New Perimeter attorneys are working on several projects, says Dewey, not the least of which is helping to write the new laws of Kosovo in concert with the United Nations and local people.

Public interest partners love their work. "It's incredibly rewarding," says Dewey, "to help people at one of the lowest parts of their lives."

Hoffman agrees. In addition to helping people by taking cases, Hoffman also enjoys the impact she has at her law firm, helping to "create a culture where people want to do pro bono, and where it's encouraged."

Hogan & Hartson has had a long history of encouraging pro bono work, holding the distinction of being the first large firm to have a partner solely dedicated to heading up its pro bono work. The firm established its Community Services Department (CSD) in 1970 as a practice group in the firm. Hogan is the only firm we found that requires a partner to be in charge of pro bono work at the firm. The job, however, is not permanent. The head of the CSD rotates, with an interested partner from another practice group to its CSD for a three-to-five year stint, and then returning to his or her previous position in the firm.

Patricia Brannan is the current partner in charge of the firm's CSD, moving over in April 2004 from her position as the practice group director for Hogan's Education Department. "I really think of myself as a litigator," says Brannan, who has been with the firm for 25 years.

There are many connections between education law and pro bono practice, says Brannan, since much of her education work was civil rights-related. While with the education department, for example, she represented urban school districts in desegregation and school finance cases. While doing that work she "had the privilege of getting to know several people in the civil rights community" Brannan says.

Now, Brannan heads a team of four full-time associates and some legal assistants at Hogan who work to match the firm's 1,000 lawyers with good pro bono opportunities, making sure that lawyers are doing work they like, and that nonprofit groups and pro bono clients are getting the aid they need. Hogan's CSD also serves as "baseline staff for high-impact matters," says Brannan, which enables the firm to take more complex pro bono cases. If Hogan attorneys working on a complex case start to get very busy on the commercial client side as well, then "they can get backup from us," she says.
Doing pro bono work, and coordinating it within a large law firm with all its resources, is a highly desirable career. "They are wonderful jobs," says Lardent, "people really want them." Those who hold these positions come to them from four paths, says Lardent. Possibly the most effective way to reach one of these coveted positions is to work up within the firm, says Lardent. Both Dewey and Lisa Strong, of Howrey LLP, advanced within their firms' Washington-D.C. offices to take charge of the firm-wide pro bono programs. In fact, both Strong and Dewey suggested that the pro bono coordinator be an attorney — and both law firms agreed and hired them for the jobs.

"It's been amazing," says Strong, who was an associate with Howrey for five years before moving up to coordinate the pro bono program at the firm as Special Counsel six years ago. In January 2005 she was made a partner — to her surprise. Strong had not known she was still on the partner track when she got a call "out of the blue" from the firm's managing partner with the news.

Other ways in, which have happened at various firms, says Lardent, include a lateral hire from another law firm (as was the case with Susan Hoffman), bringing in a public interest attorney from a nonprofit or public defender's office, or bringing in a lawyer from academia, who might do both trainings in the firm and handle its pro bono program.

"These jobs don't come along very often," notes Dewey, so there is little groundwork or planning that a law student could do that would lead right to one of these jobs. For law students, participating in clinics and other pro bono efforts, and getting as much training as possible, is a good start, she says.

What all of these pro bono coordinating attorneys — associates and partners alike - have in common is "a deep commitment to public service and serving poor people," says Dewey; "that has to be the starting point."

I got a job using LawCrossing! Thanks for your help!
Robert C.

LawCrossing Fact #82: Users of LawCrossing find jobs more easily because its staff is diligent and determined to find jobs.