Lowest Paid Legal Jobs: Why Should You Consider Them

Shaira Escuzar
( 5 votes, average: 5 out of 5)
What do you think about this article? Rate it using the stars above and let us know what you think in the comments below.
For graduates fresh out of law school, you must know what paying positions exist before committing yourself to a specialization. Know more about the perks and financial gains of an immigration and public law practice. 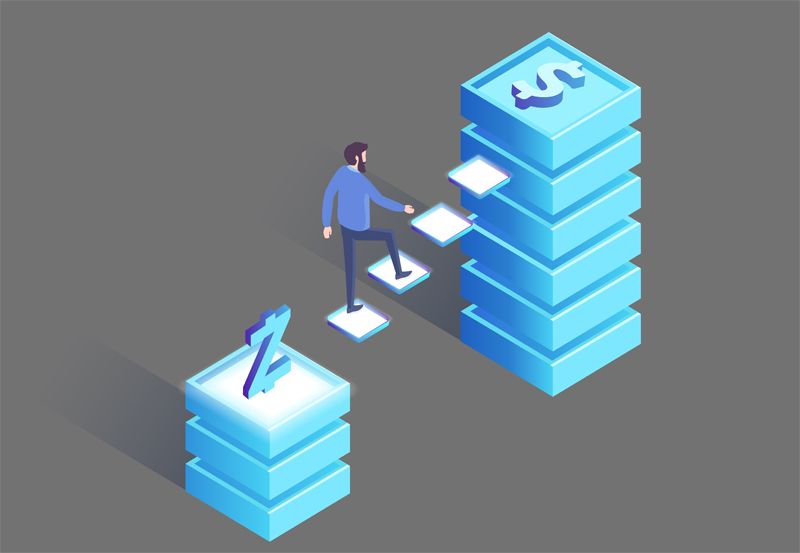 The legal profession can be a lucrative career path, but not all lawyers are paid the same. Lawyers in different fields get paid differently, with some earning less than others.

Lawyers in the same law firm can also be paid differently. Some lawyers earn more than others, depending on their experience and practice area. Still, many law firms offer many opportunities for their associates to move up the ladder and earn a higher salary.

The lowest-paid legal jobs are typically those in the public sector, such as district attorneys or public defenders. Lawyers in these positions often make just above minimum wage. However, many of these lawyers choose this career path because they want to help people and make opportunities for those willing to work hard, take on extra responsibilities and allow clients to make the most money.

For graduates fresh out of law school, you must know what paying positions exist before committing yourself to a specialization. However, this should not deter you from pursuing these legal careers, but you need to be aware that they will not bring in the same money as a Biglaw job. So what are some of these positions identified with lower salaries?

This article will discuss some of the lowest-paid positions for lawyers and what you need to know about them.

Any discussion on lawyer salaries, whether on highest-paid lawyers, the lowest paid, or the highest paying states, should start with the numbers.

According to the BLS, the American Bar Association (ABA) notes that the average annual salary of lawyers in 2020 was $148,910. Over the past 20 years, the average lawyer's salary has grown faster than inflation. Lawyers, particularly those in a small law firm, government, and solo practice, can earn lower salaries than this average.

Even though there are lawyer positions with lower salaries, legal jobs are still high. According to BLS data from May 2020, there are around 804,200 lawyers employed in the United States. The employment of lawyers is projected to grow 9 percent from 2020 to 2030, about as fast as the total of other occupations.

These lawyer salary numbers were collected before many Biglaw firms raised starting salaries to $200,000. However, the employment rate decreased for the class of 2020, both for jobs that require bar passage and for all law jobs for which employment status is unknown. On the positive side, among the many barred law graduates competing, 56.8% of the class of 2020 graduates obtained a job in private practice—a 1.6 percentage points increase over the previous year and the highest since 2003.

Biglaw firms contributed to this increase, adding more than 2,200 jobs over the past nine years. While the employment profile is somewhat weaker than that of the previous class, the weak profile is attributed to the pandemic and is not likely to mark the beginning of a downward trend.

Lowest Paid Attorneys across the US

Below are five of the lowest-paid legal jobs in the country for reference. Keep in mind that these salaries vary depending on location and experience.

An immigration attorney helps people immigrate to the United States or require immigration assistance. They advise clients and guide individuals in processing their immigration paperwork. They are also involved in the process of helping undocumented immigrants get legal status and learn more about their rights.

A public defender is a lawyer who represents people who cannot afford to hire an attorney. The government typically pays them, and the salary can vary depending on the state or municipality in which they work. In some cases, public defenders may only be paid a minimum hourly wage, while others may receive a yearly salary.

Lawyers working in public interest jobs have a median salary of $63,638, according to information supplied by public defender offices in larger cities throughout the US. However, some states, such as Louisville and Kentucky, have an average starting pay of $45,000. California Cities of San Francisco, San Jose, and Sacramento were at the high end paying $131,000, $121,430, and $115,257, respectively.

But the National Legal Aid and Defender Association noted that public defenders may be paid even less than the figures reflected, especially in appointment systems that pay flat fees for cases. Even the same association acknowledged that some of these legal jobs in the public service sector are so low that they cannot attract most lawyers to take the position. Many law school graduates are discouraged by the low pay and decide against working as public defenders. These concerns are legitimate as most students who attend law schools on student loans anticipate to pay the loan the soonest, and the same is challenging at $66,000 or less.

While salaries in the public sector have generally not kept pace with those in the private sector, government jobs remain a stable and important source of legal work. Many government attorneys start at the lower end of the pay scale, but they can often earn more as they gain experience.

Prosecutors and public defenders are two examples of government attorneys who may start with a relatively low salary but may eventually make more than $100,000. A government attorney begins with an average salary of $64,000 and will earn more when he opts to serve in the federal government. The median annual pay for attorneys at the federal level is about $82,500 as per Payscale.

Many law students believe that they will pursue a job in the public interest after graduation from law school. However, the average lawyer salary in this legal field deters many graduates from accepting these jobs.

A paralegal is a legal assistant who performs tasks under the supervision of a lawyer. Also known as legal secretaries, they help prepare cases, conduct research, and draft documents. Paralegals are typically paid an hourly wage or salary, depending on their experience and the size of the law firm they work for.

Paralegal jobs have a median starting salary of $49,820. In some cases, paralegals can be promoted to a legal assistant or another higher position within the firm after training and gaining hands-on experience working in a law firm. However, these opportunities are limited as many lawyers prefer hiring more experienced candidates for positions with greater responsibilities.

Legal aid attorneys provide free or low-cost legal services to people who cannot afford a lawyer. They may work for private firms, non-profit organizations, or the government.

Legal aid attorneys may be paid by the hour or a yearly salary, depending on the organization they work for. The median annual salary for legal aid attorneys is $42,000 but can increase to around $63,000 in certain states and after many years of experience.

Legal services attorney also falls into this category with a median salary of $64,000. Many fresh grads choose to work as legal aid attorneys because they want to help people who cannot afford legal representation. However, the low pay can be discouraging for some lawyers who may have student loans to pay off.

With the above rundown of some of the lowest-paid legal jobs, a glimpse of some high-stakes legal jobs would be interesting to take a look at. It is important to note that the salaries lawyers make are dependent on various factors such as location, experience, and specialization. In New York, for example, starting salary for a young lawyer is around $135,000, and this does not include bonuses and other benefits such as retirement or health care plans.

As per statistics, there are almost 500,000 legal firms in the United States with at least 650,000 lawyers employed. Large law firms report a total income of at least $111 billion in 2020. With this, practicing law remains a popular and rewarding career choice.

Corporate lawyers mainly serve corporation entities and represent clients who earn an average salary of $90,000 to $280,000 per year. Partners in these firms can make at least millions of dollars per year. Intellectual property lawyers, especially patent attorneys, earn within the range of $91,000 to $172,500 per year. Experienced attorneys focusing on specialized design services, including intellectual property, generally make more than the average salary for IP lawyers.

Medical lawyers whose responsibilities involve advising hospitals, physicians, and health care professionals on federal health care laws compliance earn at least $80,000 to $199,000 per year. In-house lawyers are earning at least $93,500 to $172,500 per year are also getting more in demand, with most businesses having to reduce costs and finding in-house counsels more economical.

Will the buck stop here?

Legal proceedings and the processing of legal documents have become more complex, leading to an increase in the demand for legal services. Law firms have been facing competition from online legal service providers. However, they are still experiencing a boom period as the demand for lawyers has increased despite economic downturns and other challenges over time. Consequently, this results in lawyers making more money than they did in the past.

Professional firms earn over billions of dollars in revenue annually and employ more than half a million lawyers; these statistics are expected to rise with the growing demand for legal services worldwide. The economic outlook is positive, meaning higher salaries for many lawyers. However, more than the average salary the lawyers make, a vast majority still consider career satisfaction the most important factor when choosing a job.

In New York alone, an average lawyer earns at least $141,000. Lawyer salaries typically start from $65,799 and go up to $424,403. With these amounts lawyers make, it is evident that law is still a lucrative career choice, and the lowest-paid legal jobs are not always what they seem to be.

With so many low-paying jobs just waiting to be filled by legal professionals, it can also mean that there would be more competition in these areas of law practice and hence even lower salaries than what they are now. Some lawyers hope to land themselves at one of the highest paying lawyer jobs while achieving the work-life balance they so desire. Lawyer salaries are not the end-all, be-all, as a lot of lawyers are now more open to prospects other than earning big money.

How To Negotiate Your Way To A Better Salary

A Guide For Attorney Salary Negotiation: How To Negotiate Your Salary Like A Pro

Answering Questions About Salary During A Law Firm Interview