Which Law School Graduates Have the Highest Salaries?Completion of Legal Practice CourseDiversity in Law May Start With Getting Rid of the LSATWomen Quitting the Legal Profession
< Back To All Articles

Share
Tweet
Linkedin
659 Views
( 87 votes, average: 4.9 out of 5)
What do you think about this article? Rate it using the stars above and let us know what you think in the comments below. 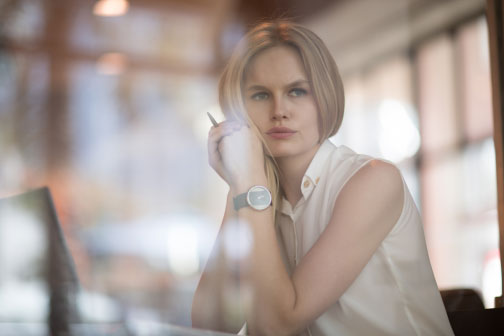 Imagine this: You’re a recent graduate from law school. You’ve just taken the bar. You’ve  scored remarkably well in both, and now look forward to netting a well-paying job within a top law firm. Problem is, there are no law firms. They’ve all packed up and closed shop.

Bizarre situation, isn’t it? It’s like an episode of The Twilight Zone, right?


Well, not really; this is more like an episode of As the Law Firm Turns – a fictional soap opera depicting a very real future for lawyers and law firms.

So yes, it’s all fine and good that you studied tirelessly late into the night and interned every summer for the last three years while friends of yours sun themselves on the beach.

Yet to go through all that only to find that law school never prepared you to step into a world in which law firms have ceased to exist would seem like a really bad prank if it weren’t a very serious reality facing many traditional law firms.

The thing is while law and the practice of law has remained constant, the notion of the law firm and what it represents has and continues to go through radical changes that can result in many firms simply shutting down.

What’s happening to law firms and why are they closing down?

Many experts in the legal field have cited that the traditional law firm model is long overdue for a makeover.  The history of attorneys who present tens of thousands of dollars in billable hours are no longer appreciated by clients who seek legal help and representation.

And internally, the fight and kill style of lawyers eager to make partner, then the feeding off of overworked associates that partners engage in, will certainly do most law firms in.

To that end, many blame PPP, which we will discuss in the next section of this article.

Recently, Forbes published an article titled “How Are Firms Becoming Obsolete When They Still Have Majority Market Share?” The article outlines the usual difficulties law firms have in this changed society, which more or less is the fact that as society’s changed, law firms have not.

Much of that resistance or in some cases, inability for law firms to change revolves around the firms’ profit-per-partner arrangement (PPP).

Mark A. Cohen, who wrote the Forbes’ article, states that while profit-per-partner (PPP) and revenue remain high within many law firms, law firms are nonetheless on their way out due to this very system. This is because within any law firm and how it manages its PPP arrangement, one constant emerges across the board of any firm within any practice area: Client dissatisfaction.

Bolstering this notion is the solid fact that for many firms, PPP tops the list as the most important aspect of their existence, to the point that PPP even exceeds client care and interaction.

Due to PPP: Decidedly so, this is an unfair system. To some it reminds them of the way a lion’s den works in that the females go out, hunt, kill, bring home the prey only for the dominant male lions to eat first and leave only scraps for the females who provide for the pride in the first place.

Law firms, however, aren’t prides. Law firms are just full of pride, with much of that concentrated among the senior partners who expect their share before anyone else.

To be honest, if this doesn’t get a majority of lawyers kicked out of law firms, the notion of PPP could most certainly drive them out on their own ideals of what is and what is not fair about a law firm’s pay arrangement.

Much of PPP also has to do with cost containment. A Georgetown Report cites that numerous legal industry studies conclude that internal cost-cutting has gone about as far as it can to maintain robust PPP figures.

Evidence of that is the rapid growth of in-house departments and elite legal service providers. As the Forbes’ article points out, this migration from firms has created a growing delta between increased demand for legal services and a flat demand for law firms. Excepting 20 or so elite, brand-differentiated firms that handle high-value, price-insensitive matters, law firms are confronting two systemic issues: (1) delivery; and (2) structure.

1) Dissatisfaction and failure to address it.

2) Insufficient knowledge of the client’s business.

4) Inefficiency and an economic model that ‘applies brute force’ as in lots of high-priced lawyers billing loads of hours, accompanied by a failure to assess appropriate value to task/cases from the client perspective.

6) An absence of process and project management.

7) A transactional approach to client matters rather than one that provides enterprise solutions.

8) Poor customer service. The technology and process deficiencies are particularly problematic, because legal delivery is now the business of delivering legal services, not simply the practice of law.

But at the same time, the article highlights that the traditional partnership model within law firms was designed specifically for the practice of law, not the delivery of legal services.

Meanwhile as technology, globalization, and the financial crisis of 2008 in particular have changed the buy/sell dynamic in numerous industries—law is nonetheless among the laggards, though that seems to be changing within some law firms, particularly through disaggregation.

While disaggregation has its initial roots in the handing off of laborious non-law related tasks to departments who specialize in those tasks, disaggregation of late has morphed into a labor/technology/process triad. To this end, the idea that all legal functions must be performed by lawyers working in a law firm has been debunked, allowing for a better delivery of legal services.

However, as the Forbes’ article points out, while law remains the main concentration for many traditional law firms – as it should – the delivery system of law through technology and process has lagged, especially as IT and operations professionals are accorded second-class status within these firms.

In contrast, in-house legal departments and legal service providers are not only melding legal, IT, and process expertise, but they are also becoming enmeshed in their clients’ (customers’) business in ways that law firms do not. This goes to the heart of why law firms are becoming extinct: they have failed to become integrated components in solving clients’ business challenges.

Change or face the consequences
Law firms may be slow to change, but eventually they do change. They have to if they want to remain relevant and functional. Of course, who and what affects these changes can depend on a variety of influencers.

Some believe a new socio-economic type of client will be the impetus behind a law firm’s evolution into the real world. Others believe technology will be key to how law firms perform now and in the future.

Diversity can never be counted out, nor can the increasing demands of clients that law firms charge flat fees for their services as opposed to billing exorbitantly pricy hours in which a fifteen minute phone conversation can literally cost $500.

The Forbes’ article states that the internal challenges related to a law firm’s structure will also need alteration. For instance, partnerships need to decentralize.

And increasing the size of a law firm no longer adds prestige with a “more is more” attitude behind it. Doing this
has had the opposite effect on clients who may have once been impressed that their legal affairs were being handled by a big, prestigious law firm. These days, an increasing number of clients have been found to shy away from so-called prestigious firms with hundreds of employees. These clients feel their needs are: In the eventual, increased size does the opposite to resolve a firm’s structural and client challenges. Common cohesion and culture are lost due to increased size.

Finally, there is the generational divide between partners that often undermines firm sustainability. Older partners within sight of retirement are either hesitant or completely dismissing of the notion that they and other partners should invest in a firm’s future.

And yet, this is understandable as these partners have no vested economic interest once they turn in their final timesheet. The Forbes’ article states that for these partners, it’s a ‘future is now’ mentality that militates against re-investment, succession planning, and other characteristics of a successful corporate enterprise.

The world revolves around these partners, and as far as the existence of the firm after they retire, they couldn’t be bothered by that. Little do these self-concerned partners know that to do this – to not care about the law firm’s survival is a death sentence to the law firm itself. This attitude might also tarnish these same partners’ reputations. In other words, if there is an absence of equity and reinvestment into a law firm, as the law firm fails, so fails the attorney whose departure may have caused the firm’s failure in the first place.

So as a young attorney should you avoid practicing within law firms?
After reading this, graduating attorneys should by no means avoid law firms. As was stated, many law firms have awakened to the need to modernize themselves within the parameters of a changed society. If you take that and add it to the fact much of today’s legal work still funnels through law firms, it becomes evident that looking for legal work within large established practices is still the no brainer it has been for many years.

Law has not changed. What will change about law, however, is the atmosphere in which it is practiced. Sure, there are boutique firms as well as in-house legal staffs. Just remember, that while large firms can be frowned upon for having antiquated methods of operation, billing, and ethics, large firms are still the destinations where newer as well as laterally moving lawyers will find the greatest variety of practice areas and eventually a home for their legal talents.

Boutique firms…yes they’re small and quaint, but they’re also limited as far as clients and concentrations. And in-house legal staffs often represent just one client, which more often than not is the company that hired the in-house staff to begin with. To that end, the scope of legal work will more likely be extremely limited to any attorney.

Other than a lawyer starting their own practice, what remains as a harbor from which a lawyer can practice are the law firms. Yes, they may be old with crotchety partners, slow to change, and have a few clients here and there who suffer dissatisfaction, but they these same law firms still remain the most likely place lawyers will find a home for their talents. And having a home for one’s talents, particularly if they are legal talents, trumps any negatives held over today’s law firm culture.

The volume of job postings is good.
Minjung