Talk Straight if You Want to Handle Stress in Law Firm OfficesGail Phillips, Solo Practitioner (Attorney)
< Back To All Articles

Share
Tweet
Linkedin
4 Views
( 2 votes, average: 4.3 out of 5)
What do you think about this article? Rate it using the stars above and let us know what you think in the comments below.
Summary: Learn why telecommuters are often more productive than those who go into an office every day in this article. 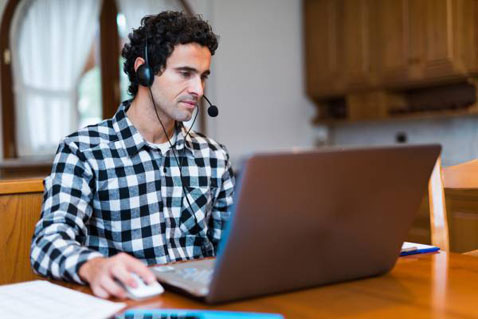 When people think of the telecommuters in their office, they probably picture people who are wearing sweatpants, playing video games and are, essentially, messy and lazy. Part of that stems from never having worked from home themselves and the other from simply wishing, on a subconscious level perhaps, that they could be working from home that day too.


However, with technology becoming more and more advanced, working from home has become easier and more efficient. Millennials are much more accepting of telecommuting and many consider it to be a great way to create a balance between your work and personal goals since you’re taking away the need to be in one place at a certain time every single day. The opportunity to work while traveling is especially appealing to younger generations.

But at the end of the day, do telecommuters get less done when they aren’t surrounded by coworkers at the office? This statement is actually false on a general basis. Most telecommuters, those who work responsibly, are actually more productive, whether they telecommute one to three days a week or months at a time.

You might be asking, “How is that possible?” Well, here are five reasons that telecommuters are just as or more productive than their in-office coworkers: