Related Articles
Home is No Longer a Protected Castle: Employers Regulating Employees Private Lives
< Back To All Articles

The New Generation of Lawyers, and How They Will Topple the Old Legal Guard

Share
Tweet
Linkedin
472 Views
( 62 votes, average: 4.9 out of 5)
What do you think about this article? Rate it using the stars above and let us know what you think in the comments below. 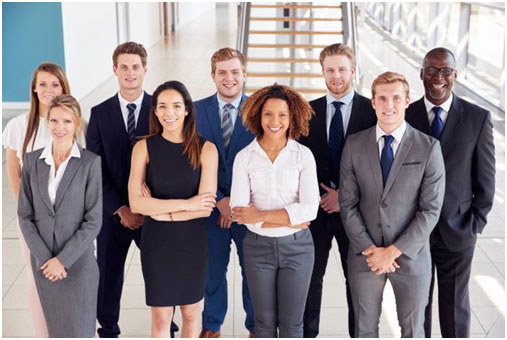 For quite some time, there have been calls from within the legal profession for lawyers and law firms to advance their archaic manners of business. And yet, regardless of any positive outcomes that have come from a law firm adapting to more modern times, there remains a majority of legal establishments that simply poo-poo any sort of advancement in how they operate.


Truth is, this “revolt” as some within the legal world have chosen to describe it, cannot be stopped, leaving senior partners and established law firms in a quandary as to what will become of their future.

Well, the future is set, and it is now.

The future has spurred an increasing number of young attorneys (as well as young clients) to put pressure on the old men and women of law whose luddite attitude toward change has been met with slow, doubting shakes of their graying heads. These people are referred to as dinosaurs.

At the same time within other law firms – particularly younger law firms, there is strong resistance among these similar dinosaurs that effectively wards off any sort of wholesale changes to their law firm.

After all, in many cases, these older lawyers have been around for many years, and change or advancement simply does not appear in their playbook.

Well, these older lawyers couldn’t be more wrong, and their law firms, more in peril of permanently shutting down.

What are the implications of law firms not changing?

Law firms that remain hesitant to change from who they are traditionally to a legal service that represents a changing demographic may soon find themselves losing clients as well as market share. As to new clients, forget about it; there can be no chance these archaic firms will pick up the new type of client, any of whom could be:

This, to say the least, can be lost business to the legal outfit that refuses to modernize itself.

What’s worse, this can represent the death of a legal outfit as the modern-day human attributes listed above will soon be the way the world is made up.

The iGen generation will only make it worse for those old partners.

Generations, of course rarely slow down or stay the course longer than their 20-year-lifespan. So, just as you may think you as a semi-hip or at least somewhat socially aware attorney believe you understand one generation, along comes another.

Whereas it was once the millennials, now the iGen generation (also known as Generation Z), are beginning to go to college, and in some cases, consider a career in law.

The iGen generation had its beginning in 1996, and is still having an impact on the world they surround. Identified as cloud-based kids rather than digitally based, as is stated in The National Law Review, many within the iGen generation have little to no memory of 9/11.

As the National Law Review states, there are currently more than 23 million iGens in the United States and within the next five years, they will become the fastest-growing generation in both the workplace and the marketplace. Those in the millennial generation should prepare to take a back seat to the younger up and coming iGens; no longer are they the “big deal” they touted themselves as.

The big deal now is the iGen generation, most of that being because the iGens are tremendously more diverse than any other recognized generation.

They do not always define themselves by a specific race, ethnicity, sexual orientation or cultural imperative. Many of iGens’ parents did not define themselves via socially approved parameters so, they, unknowingly, created a much-more-diverse American culture.

The iGens diversity will have a profound impact on employers in the coming years. Imagine a fully diversified law firm that may be your law firm in the next couple of decades.
A sad yet perfect future law firm model that speaks to our time.

To show the old partner dinosaurs of yesterday’s law firm model just how the lawyer and law firm’s model has changed within the last two to three generations, one only has to look at the International Refugee Assistant Project (IRAP).

According to the IRAP website, the group organizes law students and lawyers to develop and enforce a set of legal and human rights for refugees and displaced persons.

The site goes on to explain IRAP mobilizes direct legal aid, litigation, and systemic advocacy, to the world’s most persecuted individuals and empowers the next generation of human rights leaders.

IRAP has offered life-saving visas and legal protections to close to 150,000 displaced individuals.

Firms like this are slated to become more prominent in the legal community simply because human rights will increasingly become a valued commodity in a world dominated by war, regime change and human rights violations.

Explain that to the aged partner whose only previous rights violations experience focused on the fairness of a patriarch’s last will and testament to leave behind equal amounts of property to his heirs.

While laws in and of themselves are for the most part static, an increasing amount of lawyers and law firms find they themselves need to be less static. They need to diversify. They need to change.

With each passing generation, today’s attorneys seem to practice less and less within one area of law. Maybe it’s social media or loud boisterous news anchors that have sparked an interest within this new type of attorney who imagines something more satisfying in representing human rights.

No, law is nothing other than static. It’s the lawyer and the law firm that need to be fluid. They must be the adjustable portions of this profession (and puzzle) in order to provide assistance to virtually anyone who needs legal representation.

I feel LawCrossing is simply great and very useful, too. It is definitely worth exploring when one is looking for a change.
Raul