David Dorion
What do you think about this article? Rate it using the stars above and let us know what you think in the comments below.
Summary: There are advantages to practicing law in two or more states, but they aren’t as apparent as making more money or having a larger book of clients. Real work and effort needs to be put into this. 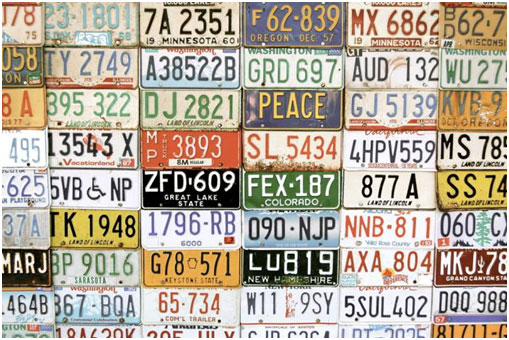 And yet, there are drawbacks to passing the bar and practicing in multiple states.

According to an article published on the Federal Bar Association website, as law students approach graduation and consider how to start their careers as practicing lawyers, one question they answer concerns where to seek admission to the bar.

In important ways, this question involves considerations about how lawyers should market their services. Like any other business professional, lawyers seek to expand the market in which they can offer their services.

The article goes on to explain that one obvious way to expand the size of a market is to do so geographically. For many lawyers, especially those who might reside or base their practice near a state border, this can mean practicing in more than one state.
For others, particularly those who work in highly specialized substantive law areas, this can mean building a practice that serves a region rather than a single state.

The drawbacks of passing the bar and practicing in multiple states is of course initially, the cost of doing so.

For example, taking the bar in California can cost upwards of $1,000. Add in other states like Arizona, Oregon, Nevada, or if you’re an east coaster, New York, Virginia and Georgia, and  you soon become aware of the time and expense to not just take the bar exam, but to also maintain those bar memberships.

What does all of this mean in practice? We asked attorneys to share their thoughts.  Here are the first-hand experiences of three attorneys who took, passed and now are licensed to practice in more than one state:

It was taking a long time to sell our house so I had to continue taking new cases in Florida.  I wasn't able to effectively wind it up so I figured that I would work as "of counsel" with a friend and just keep my Florida practice going while starting my North Carolina practice.  I kept this going until about 2009 when I closed up shop in Florida so I could practice strictly in North Carolina.

I didn't have many positive experiences practicing law in both states at the same time.  The pro, singular, was money.  I had an established practice in Florida that was doing very well.  All I needed to do in order to keep the Florida money coming was pay for my share of the expenses in the Florida firm where I remained "of counsel."  The North Carolina practice started making a profit pretty quickly.  I was making pretty decent money.

Cons: It might make a difference if you live near the border of North Carolina and South Carolina or Florida and Georgia.  However, I had offices in Fort Lauderdale, FL and Raleigh, NC.  So I had to travel quite a bit.  Fortunately, JetBlue and Southwest had direct flights.  I didn't have to travel for small hearings.  The Florida firm where I was "of counsel" could cover those.  However, I would usually travel for any type of evidentiary hearing.  So I was flying back and forth about twice a month on the average.

Michael Dye
The Law Offices of Michael A. Dye, PA

I am an attorney in Washington, DC and I am admitted to three bars – DC, Maryland and Virginia.  Here are my thoughts in response to your query:

Being admitted to several bars, by itself, is not that difficult.  The administrative disadvantages are that you have to pay dues to three bar associations and also comply with each state’s continuing legal education requirements, which can differ.  For example, Maryland and the District of Columbia do not have any requirements for continuing legal education, but Virginia does.   So, even if your office is in Maryland and don’t practice in Virginia; if you are admitted there, you must earn 12 credit hours of continuing education each year.  Also, you have to comply with the ethical rules of all three jurisdictions. So, if one jurisdiction in which you are admitted has a limitation or requirement regarding advertising, for example, you may have to comply with that in all of your advertising, even ads placed in other jurisdictions.

The bigger challenges are actually practicing in three jurisdictions.  You have to be knowledgeable of the law of three jurisdictions.  For example, unlike attorneys who practice in only one state, I practice in a city surrounded by two states.  Therefore, I have to be knowledgeable about the law of DC, Maryland and Virginia because I have cases in all three jurisdictions.  Those laws differ significantly and not being sufficiently knowledgeable of the law applicable to your case can result in malpractice.  Likewise, for trial lawyers, each state has its own set of courts, both trial and appellate, each of which has their own set of rules.  That is far more complicated than litigating primarily in the same court or state.

I am licensed to practice law in both Minnesota and Wisconsin. I took the bar exam in Wisconsin and was admitted in September 2017. I then waived into the Minnesota bar in February 2018.

Three pros of being a multi-state practitioner include:

(1) Having access to a wider clientele base. I practice along the Minnesota/Wisconsin border, so frequently, many of my clients live in one state and work in the other. Thus, they tend to have legal issues that arise in either of the states, and sometimes both states.

Three cons of being a multi-state practitioner include:

(1) Having to pay multiple bar dues. Bar dues aren’t cheap and if you want to keep your license active in all the states you’re admitted to, then you need to pay the bar dues of those states’ respective bars.

(2) Having to keep up on CLE requirements for multiple bars. Similar to the issue above, if you want to keep your license active in multiple states, you must meet the CLE (continuing legal education) requirements of those respective states. Some advice for multi-state practitioners would be to look for CLEs that are accepted by all the states you practice in. Then you can kill two birds with one stone. However, some CLEs are state specific and thus wouldn’t transfer to the CLE requirements of another state.

(3) Traveling. Some people don’t like traveling long distances to meet clients; I personally don’t mind it. However, if you plan to actively practice in multiple states, then you need to be comfortable traveling to meet your clients and appear in courts across state lines.

So is the effort worth it to study for, take and practice the bar in two or more states? Is the commute worth it from one state to the other (or more)? And are you garnering enough business to justify keeping up on and paying fees to reinstate your states’ licenses if you rarely practice in a state other than what you call your home state?

If you live near a border between two states, your luck may be better as to practicing law in two or more states. At least with border living, the commute won’t be so difficult, and if you have a legitimate amount of business in all the states in which you are licensed, then you’re not only living in the best of both worlds; you’re actually practicing in the best of both worlds.

Overhead Ratios of a Law Firm

Overhead Ratios of a Law Firm