5 Important Traits You Should Look for in a Life Partner

So you have been invited

Self-Defense for Bullied Employees
< Back To All Articles

Improve Your Relationship By Fighting Better

Share
Tweet
Linkedin
1 Views
( 1 vote, average: 2.5 out of 5)
What do you think about this article? Rate it using the stars above and let us know what you think in the comments below.
One of the greatest difficulties in any relationship is communication. Many people struggle to realize many things about communication, such as the fact that everyone was raised in different families with different communication styles or the simple fact that no, the other person cannot just read your mind and know how you must be feeling. 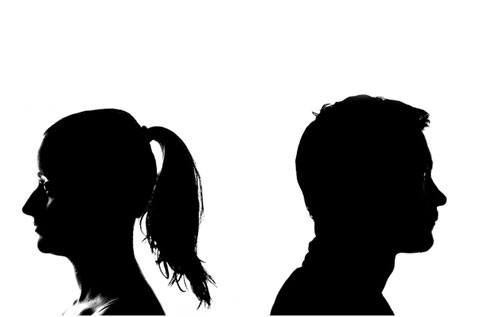 Along the same lines, some people are used to yelling and arguing as a way to communicate with their loved ones while others never bring up what they’re upset about to avoid confrontation altogether. Fighting doesn’t mean that your relationship is ending and never fighting doesn’t mean that you have a good relationship. The key is to figure out how to argue in a way that ends up being productive and helping both of you move forward feeling more satisfied.


Here are four ways to can improve your relationship by fighting better:


It’s so easy for us to criticize the people around us rather than deal with our own flaws and imperfections and the person who is right there all the time is our partner. If you find yourself poking at your partner more often than normal, or doing so over things that are honestly quite small, take a step back and look at yourself. Are you really upset with yourself about something? Are you taking out your frustrations from somewhere else in life out on your partner? Think about what’s really going on in the situation.

Sometimes criticism can be a good thing, which is what we call constructive criticism. Maybe your suggestions will really improve something about you or your partner’s daily life. The problem with hearing criticism from those closest to us is that the comments feel very personal rather than objectively constructive. Try bringing up things they’ve done well first and then use the word “I” when talking, such as “I love when we keep the keys on this tray by the door, it makes my morning less hectic,” or “I feel frustrated when there’s laundry all over the floor.”


When you keep the things that bother you inside, they tend to snowball into bigger and bigger problems and then explode the next time you get into a fight. The biggest issue with harboring contempt is you spend a lot of time being upset over something and your significant other has no chance to explain themselves or work it out because you haven’t told them you’re feeling this way. Not only that, but when you start to create these deep rooted negative thoughts, they spill over into your entire vision of your partner and not that one aspect.

If you’re dealing with negative emotions, especially about your significant other, you have to let them out. Even if it feels awkward to start the conversation, just do it and you’ll be so glad that you did. Try keeping your tone light and including humor if it’s a small frustration that you don’t know want to make a huge deal about.


If you’re the kind of person that tries to avoid conflict at all costs, you’re not doing yourself or your partner any favors. It can feel very easy to try to give someone the silent treatment, ignore their texts and phone calls, or walk away whenever an argument begins, but you’re just pushing off the inevitable and potentially making your significant other feel like you don’t care what they have to say or how they feel.

Rather than ignore your partner or the situation altogether, tell him or her that you’re not ready quite yet and that you need some time to calm down or think through what you’re dealing with. This strategy does mean you’ll have to deal with the issue, but this way will allow you to think through how you want to express yourself and what you want to say rather than feeling overwhelmed right in the moment.


When you do have an argument or discussion with your significant other, it can be very easy to go on the defensive. Even when we know that we’re wrong, we’re innately protective of ourselves and have a hard time admitting that we have a flaw or we messed up in some way. You’ll never get anywhere if you can’t take a good look at yourself and recognize that you’ve messed up or there’s something about yourself that you can change. No one is perfect and realize that your relationship won’t move forward if you both aren’t willing to change and compromise. When in a discussion where you’re feeling defensive, take a deep breath and think rather than immediately defending yourself.

The sheer volume of LawCrossing takes one by surprise and most importantly, it's regularly updated. A great service!
Timothy