6 Effective Ways To Know When Someone Is Lying

Share
Tweet
Linkedin
1 Views
( 1 vote, average: 2.1 out of 5)
What do you think about this article? Rate it using the stars above and let us know what you think in the comments below.
Lying has been a part of human nature since, well, the beginning of humans. The choice to lie was more often a survival technique to protect oneself in whatever way possible. Being a part of a social group was essential to survival, which means lying may have saved someone from being killed or left behind. Although it may not be morally right, it’s still our human instinct to save ourselves. 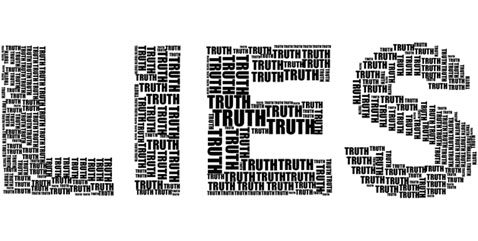 Nowadays, with less of a life threat on the line, our lies are more often associated with self-gain, social status, or even to make someone else happy with what we call a “white lie.” Even if you’d like to think you’re an honest person, you’ve still probably made up an excuse to get out of something or skimmed over the truth to avoid a fight.


Because we know we’ve lied before or we’ve been through difficult situations in which we discover someone else has lied to us, many people can become paranoid when wondering if someone is lying to them. More often than not, we’re picking up on clues that we subconsciously noticed, following intuition rather than facts. We can’t prove anything thus driving ourselves crazy with fear but trying not to be overly suspicious. If you’re feeling paranoid about whether someone is lying to you but can’t pinpoint why, here are six effective ways to know when someone is lying:

I will be eternally grateful to LawCrossing to enable me to take my first steps into the legal profession. Many thanks!
Jaclyn

LawCrossing Fact #214: We are constantly looking to improve our site and welcome suggestions from visitors who have ideas about how we can make their experiences even better.