The Best Law Schools for Dog Lovers: Should You Bring Your Dog to Law School?

Teresa Lo
( 159 votes, average: 4.5 out of 5)
What do you think about this article? Rate it using the stars above and let us know what you think in the comments below.
Summary: When it comes to choosing a law school, most people forget one aspect that could be more crucial than they thought—whether or not the school is dog-friendly. 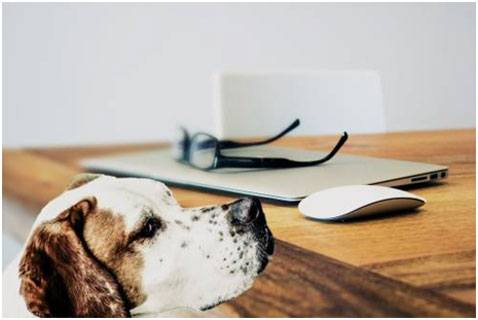 There are many decisions that will change the course of your life, such as the career you’ll want, who you’ll marry, where you’ll go to law school; all of these important decisions require a great deal of thought. But when it comes to choosing a law school, most people forget one aspect that could be more crucial than they thought—whether or not the school is dog-friendly.


Now I know that sounds ridiculous on the surface. Especially, if you’re a non-animal lover. After all, when picking law schools, most people focus on costs, alumni networks, location, etc.; but thinking about dog-friendliness? Have we lost our doggone minds?

But before you send me to the pound, let’s talk about the environment of law school. For three years, you’re put in a competitive, high-stakes environment with mostly type-A personalities, and you’re going to need some emotional support. While you can drown your sorrows in beer nights with your fellow classmates, you may also need a truly loyal and warm-hearted companion—your dog.

While we all know that dogs are fluffy and loveable, we also know that not all environments are healthy and comfortable for them. Plus, in some cases, dogs aren’t allowed on campus or in student housing at all (unless you register them as service or emotional support animals.) Now you could always forgo pet ownership for three years, but if that isn’t an option, what law schools are the best bet for dog owners?

We’ve examined several factors to help you make the right choice, and we’ve listed some schools where dog-owners can play with Fido in peace. While the school recommendations are not comprehensive, we hope you’ll use the information as a guide to finding the right law school for you and your pooch.

What are the most pet-friendly cities in the United States? To the almost 85 million pet owners in the country, this answer is imperative because they want to live in a place where they can head to clean dog parks, find good pet stores, get the best pet care, etc.; all with convenience and at a decent price.

WalletHub created a ranking of the best pet-friendly cities, and potential law students can rejoice that most of these animal-loving metropolises also have quality law schools. The website analyzed 100 American metropolises and compared their pet-friendliness with three factors—how much it costs to have a pet in that location, pet health and wellness, and outdoor pet friendliness. With that in mind, they came up with rankings of the most pet-friendly cities such as Scottsdale, Arizona and the least, the non-surprising, New York City.

Scottsdale was named the most pet-friendly city, and it is only a short drive to Phoenix, which was listed as second place and is home to Arizona State University. ASU’s law school Sandra Day O'Connor College of Law is frequently named one of the top 25 law schools by U.S. News and World Report, and it is also well-known for its affordable in-state tuition. The area is perfect for a dog-owner because there is plenty of backyard space and access to inexpensive vet services.

Fourth-place city San Diego is home to the University of California-San Diego, which ranked 77 on U.S. News and World Report’s overall Best Law Schools list in 2017 and 14th Best for its part-time program. Dog-owners can enjoy walks on the beach that would beat any Tinder date, and there’s plenty of dog parks around where you and Snoopy can enjoy the Southern California weather.

Austin, Texas placed seventh on the most pet-friendly city list, and it is known for its affordability, hip vibe, and friendly people. The area is home to the University of Texas-Austin, which is one of the top-ranked schools in the country.

The eighth best city for pets listed was Cincinnati, Ohio, which is the location for the University of Cincinnati College of Law. U.S. News and World Report ranked the school as the #72 Best Law School in 2017, and students can enjoy the low rents and plenty of space that the Midwest is known for.

In ninth-place, Atlanta, Georgia sat on WalletHub’s list, and it had three quality law schools for dog-lovers to choose from. These include Emory Law, Georgia State University College of Law, and University of Georgia School of Law.

Sin City itself was named the tenth best city for dog lovers, and Las Vegas has the 62nd best law school in the country, according to U.S. News and World Report. The University of Nevada-Las Vegas is also a top-ranked school for its part-time program.

The ten least-friendly cities for pet owners also have some of the best law schools in the country such as New York University, Boston University, and the University of Pennsylvania. These cities may have made this list because of the high cost of pet insurance, lack of areas for pets to play, the health of pets in the city, or other reasons.

Some law students desire to fight the Michael Vicks and Cesar Millans of the world, and to do this, they’ll need to study animal law, which is not offered at all law schools. Luckily, the Animal Legal Defense Fund has compiled a list of all of the law schools in the United States that offer animal law courses. There are approximately 170 schools on the nonprofit’s list, and there are over 200 schools that have an ALDF chapter on campus. The list comprises of heavy hitters such as Duke Law School, Cornell Law School, and Harvard Law School; and there are also schools that have less stringent admission standards but serve their local community.

For those curious as to what animal law entails, ALDF said that animal law is “a combination of statutory and case law in which the nature – legal, social or biological – of nonhuman animals is an important factor. It encompasses companion animals, wildlife, and animals used in entertainment, researcher, and raised for food.” An animal law course “intersects many traditional areas of the law such as torts, constitutional law, criminal law, wills and trusts, contract law, and family law.” Examples of an animal law case include veterinary malpractice, animal cruelty, and animal custody in divorce.

Because animal law is interdisciplinary, a student does not necessarily need to take a course called “animal law” to learn about the subject. But as ALDF has pointed out, the field is growing and most law schools without programs or ALDF chapters are open to creation if a student requests it. If an education in animal law is important to you, however, Kaplan has listed the following as the best animal law programs in the country:

In 2011, Yale Law School made headlines thanks to their new addition—Monty the dog! Yale Law’s library offered students windows of time that they could “check out” the pooch, meaning they could hang out with the therapy animal on site, and spending time with Monty had students barking for joy. Monty has since retired, and Yale Law has hired additional therapy animals to help its Ivy League students cope with the stress of school.

Yale Law said in a newsletter that the therapy dogs create a “warm, happy, convivial environment our students so love to visit” and anyone who has dealt with the pressures of law school can attest that happiness is a feeling that is desperately lacking during those three years.

Dog-therapy programs are based upon the concept that hanging out and hugging a pooch can relieve stress and increase happiness. At participating law schools, they’re mostly offered during finals weeks for stressed-out students who need love instead of hourly doses of anxiety.

Yale was not the first law school to bring in a dog to help its students, but it is known as the first one to have an animal permanently on staff for students to rent. Before Yale brought on Monty, the therapy dog of one of its librarians, Tufts University, New York University, and Oberlin had also brought therapy dogs to campus but on a short-term basis.

“[Finals are] actually a hundred percent of our grade so it’s kind of sink or swim and a high-pressure situation and very stressful,” Amy Gregory said during her first year in law school. The Widener Law student took advantage of the school’s dog therapy program, and she described playing with Hayley the golden retriever as “heaven.”

For anyone who loves pets but cannot have their own, a dog-therapy program is a great alternative to ownership.

Should you get a dog in law school?

As mentioned above, dogs provide joy to their owners, but if you don’t already own a pooch, you may be worried that you don’t have the time commitment to own one. Unlike cats, dogs need to be taken outside on a regular basis, and they also need lots of attention. With that in mind, should you get a dog while in law school?

Like every major life decision you will make, the answer is personal, and you should consider several factors before making the leap into pet ownership. These considerations include:

If you decide that it is not the right time to bring home a new dog, then you can always get your animal fix by participating in a dog therapy program, volunteering at an animal shelter, or hanging out with your friends’ pets.

Animal ownership is a big responsibility and so is completing law school. Knowing an institution can accommodate your dog is an important factor in choosing where to attend law school, and if you have any questions, feel free to contact the admissions office or current students or alumni about their pet policies.