Become a Corporate ParalegalSecurities and Exchange Commission
< Back To All Articles

Share
Tweet
Linkedin
898 Views
( 117 votes, average: 4.7 out of 5)
What do you think about this article? Rate it using the stars above and let us know what you think in the comments below.
Summary: When drafting agreements, there are some big mistakes that attorneys need to avoid making; here are 10 of the most common. 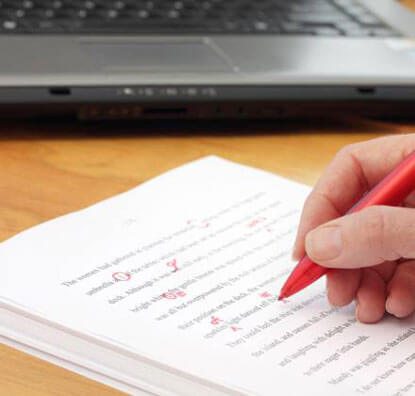 Good business lawyers have to be great drafters of agreements, and there are multitudes of ways to make mistakes when negotiating and drafting one. In this article, I caution against ten top agreement-drafting mistakes.


Always volunteer to create the first draft of a contract. Being first can give you a tremendous advantage in the negotiations. You can structure the deal initially on your own wish list with terms most beneficial to your client.

From a legal cost perspective, creating the first draft often is more cost effective than responding to the other lawyer's one-sided draft.

A good sample form can be an enormous head start for drafting purposes, but be careful to determine the orientation of the sample agreement. If it's an Employment Agreement, is it pro-employer or pro-employee? If it's a license agreement, was it one drafted by the licensor and thus more favorable to the licensor? It is extremely important to start out with the right form, with an orientation aligned with the agreement you want to draft.

Where can you get good forms and agreements? There are many resources, from legal treatises, to CLE course materials, to Web sites. Some of my favorites include:

Almost everyone understands that payment terms are an essential part of an agreement and should not be omitted or left to be decided until after the agreement is signed.

Good drafting requires that the payment terms be clearly laid out in the agreement. Avoid ambiguity about the amount owed, or provide a clear formula for determining it. Include terms that explicitly state how much is owed and when it must be paid, and also state the repercussions if the other party doesn't pay or pays late. And, make sure to determine who pays any taxes involved.

All "deal terms" should be included in the agreement. This means that you should not only include all legal boilerplates, but also the key items upon which the client relied when it entered into the agreement.

If you are unclear on any portion of the agreement, get an explanation. Conversely, if it appears that the other party is unclear on something you are talking about, explain it and spell it out in the agreement.

Boilerplate terms are an essential part of any agreement and affect the rights under the agreement as much as any other terms. These terms can be negotiated in the same manner as all other terms in your agreement.

Some portions of the agreement will be more important to your client than others, but everything can be important in the event of a problem. There will be give and take in negotiating the agreement-it is important to you to decide in advance which things you can't live without and which things you can live with. Negotiating everything means that you discuss, argue, deliberate, and ultimately agree upon all terms of the agreement. Not only are you allowed to do this, but also you are typically expected to do it.

In much the same way as it is important to negotiate everything (see above), it is also important to know when it is time to stop negotiating and just get the agreement signed. If you go one inch beyond enough, there is the possibility that the negotiations will fall apart and you will be left without an agreement.

In the termination clause, you establish the terms under which a party can end the relationship, the opportunity for a cure period, and the consequences of termination.

Don't neglect to negotiate where any disputes relating to the agreement will take place. This is critical, particularly when parties to an agreement reside in or do business in two different states, different countries, or, in the case of large states like Texas or California, two different counties.

The typical choices for hearing disputes are where the client resides or does business, or where the other party resides or does business. Try to have the other party agree to come where the client is -if there is a dispute, you don't want to be hauled into court or into an arbitrator's office 3,000, or even 300 miles away. This clause is particularly important if you are dealing with companies in foreign countries.

You also need to think about whether binding arbitration in the event of a dispute might be in your client's best interest.

The option of uploading the resume and cover letter is very good!!
Stephen

LawCrossing Fact #128: Online job boards are notorious for their one-size-fits-all approach. We don’t dump everything on you and then force you to find your way. We tailor our content to your needs.