What Effect Will Trump Have on U.S. and International Law Firms?

Amanda Griffin
( 82 votes, average: 4.5 out of 5)
What do you think about this article? Rate it using the stars above and let us know what you think in the comments below. 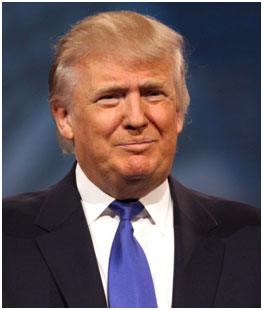 There is very little doubt that Donald Trump’s presidency will greatly affect several industries. He has vowed to help miners, assembly-line workers, and bakers get back the jobs they so desperately need. The areas of defense, energy, and transportation will likely see boosts in their business.

But how will law firms be affected? Trump is proposing restrictions on US companies that invest their taxes outside the country. He wants to keep American money and jobs in America. These kinds of policies will likely impact businesses that are wishing to export goods as well as those trying to import into the US.


Trump knows real estate really well. He made his millions in New York through commercial and personal real estate investments. There is a safe assumption that Trump will stick with what he knows and unleash initiatives that include building projects. Krishna Rao, an economist at StreetEasy, said, “Trump has campaigned on reducing regulation, using housing and energy as flagship sectors that are over regulated. This could mean that regulations around developers and home builders might be among the first on the chopping block, especially given the president-elect’s conversation about wanting to lift the homeownership rate.”

While the overall effect may not be as major as on US law firms, international law firms can expect to be affected as well. The proposed policies that Trump has highlighted include boosting the US economy through aggressive tax cuts and stricter trade regulations. UK law firms will be affected by this because many of their clients will experience growing resistance while trying to export goods to the US. The UK currently exports over £30bn in goods and services to the US.

A big part of what people want to see is a severe reorganization of the tax system. The Consumer Financial Protection Bureau and the Affordable Care Act will be subject to either amendments or complete repeals. A change to the business tax rules will have huge effects on companies with large overseas cash holdings. For example, Apple has around $200 billion in cash abroad.

Immigration law will be greatly affected in the United States and internationally if the policies that Trump presented during his campaign come to pass. In the near future, there will be some looking to leave the United States to relocate in Canada or other European nations. This will drive the demand for immigration lawyers right now. Should Trump be able to set in place tougher immigration laws, entering the United States will become harder and will definitely require legal assistance. The online self-help forms will likely not cut it for everyone anymore.

The oil and gas industries will see a huge boom under Trump’s presidency. He has vowed to ease up on regulations, creating a demand for lawyers and law firms that specialize in the oil and gas and energy sectors.

Photo: Wikipedia.org
( 82 votes, average: 4.5 out of 5)
What do you think about this article? Rate it using the stars above and let us know what you think in the comments below.

Working It Across the Globe: Legal Staff Opportunities in the Field of International Business Law

Working It Across the Globe: Legal Staff Opportunities in the Field of International Business Law