Amanda GriffinAmanda Griffin
( 18 votes, average: 4.1 out of 5)
What do you think about this article? Rate it using the stars above and let us know what you think in the comments below.
Summary: New York Law School Adjunct Professor Mitchell H. Rubenstein gives thoughtful reflections on legal matters in the news on his blog. 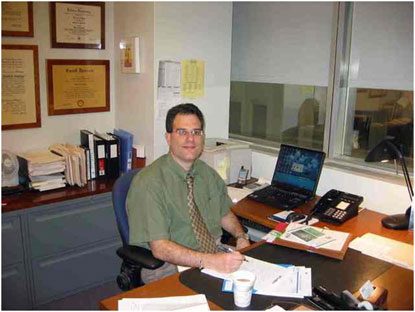 The Adjunct Law Prof Blog is a great resource to read summaries of legal stories and events. For those of us that don’t have the time to put into reading full articles but like to stay up-to-date, the editor of the blog Mitchell H. Rubenstein does a great job of giving tidbits of information.


One of the posts from the last few months from Adjunct LawProfs is about the report on the number of patent litigation cases that go through the Eastern District of Texas compared to other courts across the country. Daniel Nazer at techdirt.com does the math to explain if all the cases so far this year were split between the 94 federal district courts that each would have seen 33 cases.

Another interesting post is from an August 3rd article that appeared in the New York Times about air conditioning system. The title of Rubenstein’s post is “Is it too cold at work? Maybe its because it is a man’s world”. He explains how the article discusses the fact that air conditioners were designed for men, so women often find themselves cold.

Mitchell H. Rubenstein is an adjunct professor or labor relations law and employment law at New York Law School. He received his B.S. from Cornell University School of Industrial & Labor Relations in 1982. He then earned his J.D. from Hofstra University in 1986. He has served as a Senior Counsel for the New York State United Teachers.