Related Articles
Laurel Hajek, Assistant Dean for Career ServicesDiversity in Law May Start With Getting Rid of the LSATLoyola University Chicago School of LawNorthern Illinois University College of Law

How to Prepare for the Bar Exam
< Back To All Articles

Share
Tweet
Linkedin
4496 Views
( 450 votes, average: 5 out of 5)
What do you think about this article? Rate it using the stars above and let us know what you think in the comments below. 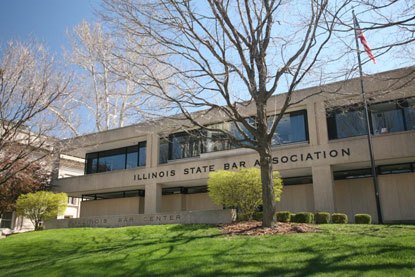 Illinois state bar exam results have been released, and, like much of the rest of the country, the state saw a decline in the percentage of students that passed the test. According to the Chicago Daily Law Bulletin, for first-time takers who took the exam in July 2014, the pass rate dropped 4.3 points from the 2013 scores to an 80.9 percent pass rate.

In fact, a decline is actually expected for the 2015 exam, since Illinois is raising the minimum score required to pass the bar exam. Many protest the increase in this threshold. Dean Harold J. Krent of IIT Chicago-Kent College of Law stated, "I've seen no compelling reasons for the state board to raise the cut score, particularly because the pass rate independently has gone down. I'm very concerned that the Illinois bar should only raise the cut score (the minimum score) if it has a compelling reason. And I have not heard that compelling reason."

The University of Chicago Law School boasted the highest pass rate at 96 percent. Northwestern University School of Law had 93.57 percent of its students pass. IIT Chicago-Kent came in third place with an overall pass rate of 86.1 percent. This reflects both first-time test takers, as well as repeat-takers.

In 2009, the bar exam pass rate was 89 percent-the 2014 test saw nearly a 10 point decline since that time. The move to make the exam harder to pass is in part due to what the examiners feel is a decrease in exam-takers writing quality. Regina Kwan Peterson, the board's director of administration, said, "The bar exam essay graders in the board had some communications three or four years back, and they discussed how the quality of writing among bar applicants had deteriorated. We did see that it was possible to pass the bar exam with very low essay scores."

Illinois awards equal credit to both its essay section and its multiple-choice section, the Multi-state Bar Examination. There's no minimum required score for either part, so long as students score a combined 264. The mean MBE score for July was 147, which meant that only a score of 117 was required on the essay section-which, according to Peterson, is an "unacceptably low writing score." For July 2015 test-takers, the minimum score required will be 272.

I found many listings on LawCrossing that could not find anywhere else.
E. Patt

LawCrossing Fact #12: LawCrossing’s job board is industry-specific so you only view jobs in your career field.