Share
Tweet
Linkedin
165 Views
( 22 votes, average: 3.9 out of 5)
What do you think about this article? Rate it using the stars above and let us know what you think in the comments below.
Summary: Your dream attorney job may seem like a mere daydream right now, especially if you feel stuck in a nightmare job. Here's how you can turn your dream into a reality. 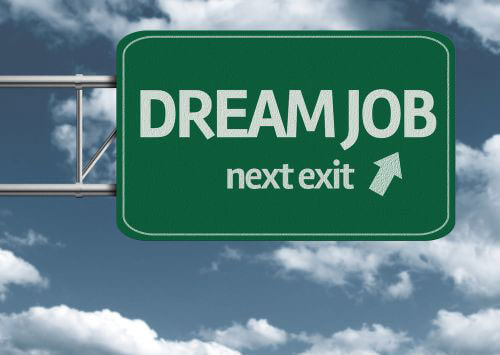 Your dream attorney job may seem like a mere daydream right now, especially if you feel stuck in a nightmare job. By taking action, you may be able to turn your dream into a reality.


To reach your goal, you may need to take time and a zigzag path consisting of several intermediate steps. Frequently, people are discouraged because they want to take a direct route. When their expectations are not met immediately or they see someone seemingly fall right into the position they are seeking, they give up and settle for their current circumstances, even though they are dissatisfied. Developing a career that suits you requires patience, adaptability and a positive outlook.

I often hear statements from attorneys that they would like to do something in an area such as business or entertainment or international or public interest. That is much too broad and vague. Within any field, there are many different types of positions. You have to ask yourself whether you are being specific enough regarding the type of work that interests you.

Research is a key element when you are trying to figure out your niche. You may not be certain about the types of positions that are available. By reading about the field and talking to people who are already in it, you can sort out your options. Even if you already have some idea of the direction in which you would like to head, you can still learn about other types of opportunities that are generally known only to insiders. As you gain more understanding, you may find that your dream attorney job changes.

On a number of occasions, I have counseled attorneys who have started out considering anywhere from five to 10 possible career paths. Since they knew very little about the work that some of those careers entailed, they conducted research. Very quickly, they eliminated half of the careers for a variety of reasons including work that involved skills they had no interest in using, limited opportunity to advance, lack of prestige, and salary way below their expectations.

By acquiring more specific information, they were able to determine positions that satisfied their interests and needs. In one instance, while he was on his way to finding a full-time position that met his criteria, an attorney held several part-time positions, each of which incorporated an aspect of his ideal job. He also networked extensively. His exploration helped him define and recognize a satisfying full-time position.

Two areas that seem to attract a great deal of interest are sports and entertainment law. To many attorneys, initially, it sounds interesting, exciting, and glamorous. They have not thoroughly examined the type of work performed by entertainment attorneys.

After it sinks in that they are more likely to be in a conference room working out contracts with other attorneys rather than gadding about town with celebrities, many attorneys change their minds and the direction of their careers.

See the following articles for more information: 2. Think about the kind of moves that will advance you closer to your dream attorney job.

This is an essential step, especially if you are trying to break into a field that has limited opportunities, such as sports or entertainment law. If you are not fortunate enough to find a position in that area right away, look for a position in which you can develop transferable skills, such as drafting and negotiating contracts. Another way to gain background and experience is through attending continuing legal education programs, participating in conferences and engaging in volunteer work.

As you acquire related skills and knowledge, be sure to include them on your resume so that they stand out. For example, I encountered an attorney who was interested in elder law and was working in a government position in an unrelated field. To make her transition, she obtained elder law training that was offered by a bar association, represented a few clients on a pro bono basis, and networked with the attorneys who were conducting the training sessions. After approximately a year, she secured a position as an entry-level elder law attorney. She was aware that she was starting over and took a significant pay cut to achieve her goal.

See the following articles for more information: 3. Be prepared to pay your dues on your way to your dream attorney job.

Generally, the further afield from the practice of law, the higher the cost. You may very well have to start at the bottom, just like the elder law attorney.

This is not the time to stand on your law degree or your expertise in your field and demand special treatment such as more money, deluxe office space, or your own support staff. You are not the star. You are just as much a beginner as anyone else who is on this career path.

Some years ago, I met an attorney who was very interested in working in television in a non-legal capacity and had been offered an entry-level position with an entry-level salary. He had no prior experience in the field. Yet he turned down this offer that would have allowed him to break into a field that is so difficult to enter. Why?

He was outraged because the position was too junior and the salary was too low; he felt that he deserved more than anyone else starting out, even though his research had indicated that he would have to begin at this level. Unlike the elder law attorney, he did not consider where the position would ultimately lead; he was not willing to pay the dues necessary to taking that first step along a zigzag career path.

See the following articles for more information: 4. Networking is crucial.

Networking is essential when you are making a transition. You may very well discover other attorneys who have gone through the same process of change. Listening to their stories can help you find your way. They can suggest ways you can apply your background and experience and avenues you can pursue to gain credentials directly related to your desired career. As always, they can also provide you with valuable additional contacts in the field.

A striking example of the power of networking is the situation of a recent law school graduate who pursued other interests for a year before embarking on a career in entertainment law. While she was in law school, she had gained experience in that area. After her one-year hiatus, she began networking in earnest, reconnecting with contacts she had previously made and building on them. She established a vast network that led her to a position in entertainment law.

There are many examples of attorneys who have successfully moved into new careers. Some of them are quite well-known, such as David E. Kelley, producer, writer and creator of "Ally McBeal" and "The Practice," and John Grisham, author of "The Firm," "The Client" and other best-selling novels. Sometimes, they have made the transition purposefully, and at other times, through a series of fortuitous circumstances. Some have succeeded with ease, and others by overcoming significant obstacles.

Changing careers is one of life's greatest challenges. Prepare yourself for its ups and downs. Be ready to adjust your course as you go through the process and choose your moves wisely. Look at each zig and zag as a step that brings you closer to your goal.

Post jobs on one of the best legal job postings site.

Wow!! I found a perfect job with the help of LawCrossing's job listings. It is simply great!!
Amy