How to Be a Successful Attorney

( 324 votes, average: 4 out of 5)
What do you think about this article? Rate it using the stars above and let us know what you think in the comments below.
Summary: After nearly two decades of meeting all kinds of attorneys, I believe I have the answer to what it takes to be a successful attorney. 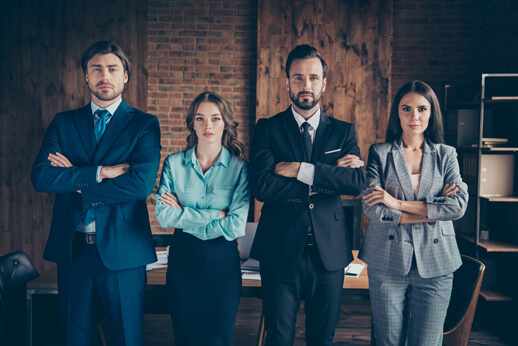 I remember during my second year of practice as an attorney standing in my office when two fellow attorneys in my law firm walked in. These attorneys were both my same class year and were nice guys. Incredibly, I had just gotten off the telephone with a legal recruiter who informed me that I had just received an offer from a competing firm where my salary would nearly double. This was before the days of the "salary wars" and major and important firms in the same city often had vastly different salaries. In this case, I had received an offer from a firm that was the highest-paying firm by far in Los Angeles.

God works in strange ways, and in this instance, the two guys almost immediately started talking about our current firm and how the attorneys in our class would all make partner if we remained. Both of these guys confirmed that was their objective. Out of the 15 people or so who were in my starting class at this law firm, these were the only two who stayed at the firm, and both are partners there to this day. I remember finding out that they had made partner and thinking to myself, "Of course they did."I am also confident that each of these guys will have solid careers at this firm, and each of them will remain at this firm throughout their careers.

I believe I am attracted to legal recruiting in large part because I love watching what makes certain people succeed. The people I have worked with benefit enormously from my study of success and failure. The difference that makes some attorneys have profound success in the law and makes others wallow is the difference between being strategic and being tactical with their careers.

A. The Tactical Attorney

When I sit in my office and interview attorneys, I often feel like I am in an alternate universe. It is common for attorneys to go to top 10 law schools and have a succession of 4 to 5 jobs with major law firms in less than 7 or 8 years. In each instance where the attorney leaves one firm and goes to another, you have to wonder, "Did this person think something was going to be different at the next firm?"You really have to wonder why they are moving around so much.

Even if an attorney is not switching firms, he may constantly be "on the defensive" with his career at his current firm, never feeling he is doing good enough, hoping someone gives him work, hoping someone leaves to make an opportunity for him and so on.

I have a lot of concerns about the way that most companies do business in America today and the way most executives approach their careers. Many companies do things simply for short-term gain. Many executives are hoping that their companies will award them stock options so they can "cash out" and retire or do something else. There is a lot of emphasis on short-term value and not long-term value in the way most people do business. This short-term emphasis is very tactical, and this tactical emphasis in a career is insane.

Until the mid-1980s in most companies in America (not to mention law firms), most employees remained with a company throughout their career. This was also a time when America was considered very strong in the manufacturing industry on the world stage (much more so than today).With the threat of massive competition coming from Japan in the middle of the 1980s, companies started becoming less loyal to employees and terminating people more readily. Employees started leaving more often as well. A bond between employees and employers was broken even though it had existed for a long, long time. While I am not idealizing this era by any means, for the most part, an employee would only be discharged by a larger company for gross incompetence or extreme dishonesty.

The tactical attorney looks to what results they are getting in the "here and now" for their efforts. For example, if their firm is not paying "quite market", they may investigate other opportunities. If they are not getting the work they want at the moment, they may also leave the firm they are at.

Let me tell you a couple of stories about attorneys I know who were quite tactical with their careers.

Most attorneys are tactical and are focused on what they can get in the here and now. This focus is extremely limiting because they do not have a long-term view of where they are going. Looking at the small things in relation to their employers is something that holds them back tremendously.

Think about the things you may do in your career that are tactical. In my case, I might still be practicing law if I had not been tactical long ago. I looked at a competing salary as an important factor in my career, for example, even though I knew in my heart that remaining where I was could have given me a long-term result that was fantastic.

B. The Strategic Attorney

Strategic attorneys typically are the most successful attorneys. When an attorney is strategic, they have a well-defined and detailed plan to achieve a long-term goal. They use tactics as a means of carrying out their strategy.

Think back to the two attorneys in my firm who knew they wanted to be partners. Compensation issues were not really meaningful to them. In addition, I am sure they never were too concerned about parking. These guys simply knew where they were going and knew they were going to get there.

Whether it is Napoleon Hill's classic, Think and Grow Rich, or a Tony Robbins seminar, most self-improvement programs you encounter will push you aggressively to set goals for yourself and know where you are going. Once you decide where you are going, your subconscious and conscious mind will figure out a way to get you there. The decisions you make in response to your goal setting will literally shape your destiny.

1. A strategic attorney knows their result

2. The strategic attorney has a purpose for desiring the result

Every attorney should commit goals to paper and write them down for one year, three years, five years, ten years and 20 years. If you do not have long term strategic objectives, your career will be like a ship without a rudder.

As I mentioned earlier in this article, my decision to leave the firm when I did may have seemed "tactical", but in reality it was not. Long, long ago, my grandfather had been friends at the University of Michigan with the founder of the second firm I worked at (the founder of this firm had once ran for President, and my grandfather was proud to have been friends in college with someone who went on to be a presidential candidate). When I was younger, I wanted to be an attorney, and my grandfather told me, "If you want to be an attorney, you should go to work for Thomas Dewey's firm."I set a goal for myself to work at Dewey Ballantine (now out of business) when I was only 18 years old. My grandfather died a year later. When I was in law school, I did not get an on-campus interview with the firm. When I began practicing, I only applied to that one firm because I had set a goal for myself to work there. I imagine I made a lot of decisions based on this strategy I had for myself.

The setting of a goal (long-term strategy) is often equivalent to its attainment. But if you do not start somewhere, you'll ultimately be nowhere. The strategic attorney is the most successful attorney. If you are strategic, your career and life will change.

Top 10 Characteristics of the Best Attorneys

What it Takes to be a Successful International Attorney

Top 10 Characteristics of the Best Attorneys

What it Takes to be a Successful International Attorney