By Google+, Follow Me on
( 15 votes, average: 4.5 out of 5)
What do you think about this article? Rate it using the stars above and let us know what you think in the comments below. 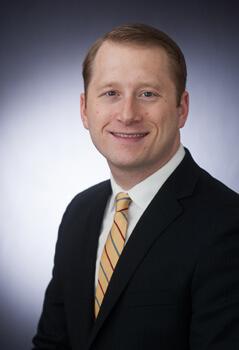 Jonathon Schlegelmilch is a third year law student at Gonzaga University School of Law and anticipates a May 2015 graduation. Although he has several areas of interest including focusing on the contract side of entertainment and sports, Jonathon plans on specializing in Intellectual property. He will graduate in the top fifteen percent of his class.

Jonathon was born in Southern California and raised in Idaho and Virginia. When asked about his upbringing, he said, "I grew up with five sisters and one brother. My parents have always been very supportive of what I choose to pursue." Jonathon continued to say that that support, as well as the support of his wife, has significantly helped him as he has worked towards his professional goals.

Jonathon earned his B.A. in Political Science from Brigham Young University-Idaho in July 2012. From 2011 to 2012, he served as a member of the Pre-Law Society. During the summer of 2012, Jonathon served as an intern for two personal injury firms. The experience confirmed that a career in law was for him, but personal injury was not.

Jonathon began attending Gonzaga University School of Law in July 2012. In his first year there, Jonathon earned first place in the 2012 Gonzaga Negotiation Competition and was runner-up in the 2013 Gonzaga Oral Advocacy Competition. He competed on Gonzaga's 2014 Saul Lefkowitz Trademark Moot Court, submitting one of the top briefs in the nation and arguing at the 9th Circuit Court of Appeals in San Francisco. Jonathon currently serves as a member of the Gonzaga Law Review, the J. Reuben Clark Law Society, the Moot Court Honors Council, and is on the Deans List.

When asked about his research experience, Jonathon explained:

"My research experience is comprised of projects at law firms. I have worked at five different law firms, researching a wide range of issues including proper procedure for obtaining written testimonial depositions in foreign countries for use in TTAB proceedings, relevancy of foreign use to fame of trademarks in U.S., limitations on damages in patent infringement cases when additional claims are added long after the initial complaint, requirements for specimens in trademark applications when goods are computer software, and others."

Did he participate in any externship program? "During the summer of 2013, I worked as an extern at the county prosecutor's office in Spokane. I observed court proceedings, assisted in charging, and helped with discovery. Additionally, for my last semester (spring 2015) I will be externing for Federal Judge David Nuffer, in the District of Utah."

What are Jonathon's hobbies and personal interests? "I am a sports fan. I follow the NBA, NFL, and MLB. I also follow college football casually. I also love music, but have not made that a priority during my free time."

Why did Jonathon go into the law? "I chose law because I like interacting with people and problem-solving. While I don't love conflict, it doesn't bother me. I spent two and a half years in sales, and wanted to take that experience and use it in a different setting."

He shared his aims and aspirations. "I want to have a large IP practice. I have interest in both the litigation side and the transactional and licensing side of intellectual property. I see myself helping a midsize to large firm grow its practice and reputation after being mentored as an associate."

What are Jonathon's key accomplishments? "I moved away from home after high school and spent two years serving communities in Northeast Texas including helping in refugee shelters after Hurricane Katrina. I ran a half marathon earlier this summer. My biggest accomplishment, and the one that gives me the most happiness, is successfully convincing my wife to marry me more than six years ago."

He discussed his key strengths and skills that he would like to use to advance his career goals. Jonathon asserted:

"One thing that I would bring to any firm is my passion for my area of law. I love the work I do in intellectual property. Additionally, I stay very organized. I manage my time effectively and take pride in that. I am also a hard worker. Growing up in a farm community, I've worked in potatoes, pumped gas, and washed toilets. I dig in and get the job done. I also have a strong interest in the business building side of law. My time in sales taught me strong communication skills and I enjoy networking, building relationships, and expanding my professional circle."

As for his weakness, Jonathon admitted, "I would like to have a better grasp on the hard sciences. I am not eligible to take the patent bar, but I would still like to understand some of those areas of law better than I currently do."

Since law school can be hectic at times, Jonathon talked about how he relieves stress. "I am good at compartmentalizing. My work stays at work. This allows me to decompress and be ready for the next day. My wife and I enjoy several T.V. shows after we put the kids to bed. This helps me relax as well. As a result, I rarely feel overly stressed."

Many readers are probably wondering how he handles new assignments. The third year law student shared his process:

"First, I write it down. I make sure I understand what the assignment is and when it is due. I want to see how much time I would need to get it done, compared to the other assignments I need to do. I want the attorney who gives me the project to have an accurate representation about when I can get it done. I let the attorney know when he/she can expect an update on the project then I go to work. When I finish the project I typically send it as an email attachment, with an explanation of what I did and how much time I spent. I also make sure to ask for feedback, so I can continually improve."

Where does Jonathon derive his confidence? "As a general statement, my relationships with God and my wife give me a lot of confidence. However, in every situation, I feel most confidence when I am prepared."

Three Wishes to Live By, Coping with Fear, Being Fortunate in Life, and Community Service

If Jonathon had three wishes, what would he wish for? "1) I would have a home designed exactly to my wife's and my preferences, completely paid for. 2) I would have sufficient savings to pay for my children's college educations. 3) I would have a small wood working shop and small recording studio in my back yard."

In regards to handling fear, he said, "I generally don't feel much fear. However, when I am feeling stressed, I handle it by increasing my work and preparation. I believe that if I go into something prepared, I have no reason to fear."

Has Jonathon faced any obstacles in his life? He acknowledged:

"I have had growing experiences, but I have been fortunate to get through them successfully. It has been challenging going to law school with a family. I am married with three children, and my family wants me to be with them. Successful families require time together. As a result, I have approached school like a job where I stay at school to do my work, then come home and focus on my family. Thankfully, my family (especially my wife) has been very patient and supportive."

Has he been involved in community service? "I spent two years after high school serving in Texas, from July 2005 to July 2007, doing service for my church. While I was there I was responsible to train and supervise twenty other individuals. I have since then participated in church service wherever my career path has taken me."

Legal Role Models, Personal Philosophy, People You Want to Surround Yourself With and Favorite Quote

Does Jonathon have legal role models? "I have worked and been mentored under Nicholas Wells. He has had a major influence on my career. Additionally, while on my moot court team, I was coached by Christopher Lynch. Both of these individuals have been very successful in their IP practices and have taught me a lot."

Jonathon's favorite quote is by Gordon B. Hinckley: "Be grateful, be smart, be clean, be true, be humble, be prayerful." This quote resonates with him because it encompasses the character traits he wants to carry with him throughout his career.