Share
Tweet
Linkedin
645 Views
( 85 votes, average: 4.2 out of 5)
What do you think about this article? Rate it using the stars above and let us know what you think in the comments below. 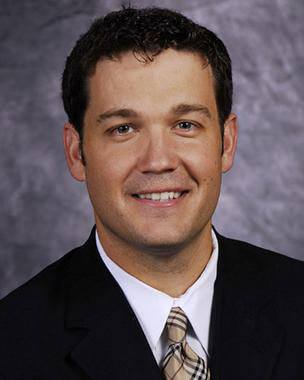 Last week I wrote about the attorney representing a University of Wisconsin-Whitewater Professor filing a defamation lawsuit against her former student. On its Internet Defamation Removal Attorneys' blog, Vorys, Sater, Seymour and Pease

along with associate Jordan Cohen stated, that although this is not the first case of this kind, "these lawsuits have not arisen frequently in the internet context to date."According to a LTN Law Technology News article dated May 28, 2014, "Professor Sues Student Over Social Media," a graduate student summarized the hardships he tolerated in his professor's (Sally Vogl-Bauer) class and he posted it on YouTube. The student also protested his grievances on professor-rating sites and other forms of social media.


I asked Mr. Gibson does he believe that there will be more of these types of lawsuits? He replied:

"While I do not anticipate a large number of these types of lawsuits, I certainly do not expect this will be the last one. Certainly, most incidents involving potentially disparaging remarks made online about a teacher, professor, or administrator will not involve litigation. Plus, I do not anticipate a 14-year-old, being sued over a nasty tweet about his or her high school English teacher, for example. However, with social media, the rise in review-based websites, and other avenues of sharing often unfiltered remarks, I foresee this type of behavior continuing to cause issues in academia. As we wrote in the article, a teacher in Australia won her case. If another teacher has a legitimate claim and is severely damaged, what is stopping the next teacher from bringing a similar claim? In this Wisconsin case, it will be interesting to see how this plays out. If Ms. Vogel-Bauer were to win the case, it could encourage others to follow in her footsteps. Additionally, the graduate student went beyond a single statement such as a tweet or a Facebook status, instead utilizing a blog, a review website and YouTube to air out his complaints. Even if his statements are determined to be defamatory and Ms. Vogel-Bauer is awarded damages, the next instance - which might involve just a single tweet or status - would not necessarily command a great deal of damages, if any."

Mr. Gibson and Mr. Cohen noted that the first line of defense for any individual in a similar situation that Vogl-Bauer faced should be to contact the site and request that the defamatory content be removed. But if the individual contacts the site and is unsuccessful in removing defamatory content, what should be their next move? Mr. Gibson stated:

"Every case is fact-specific, as each matter can differ from the next based on the unique circumstances and the jurisdiction. One strategy would be naming the defendant in a lawsuit (which is easy if the identity of the alleged attacker is already known, but often that is not the case) and attempting to obtain court orders - via agreements or judgments - that state the post in question contains false and defamatory information. If the court agrees that the content is false and causing harm, the judge may issue a court order for the author to remove the statements. When presented with such a court order, most websites will remove the offending content, although they are not required to do so. There are other strategies/techniques, but again, each varies based on the nature of the case."

Mr. Gibson is the leader of Vorys Internet defamation group. The group has worked on many Internet-related cases throughout the country. They develop exceptional solutions for businesses that are being attacked or damaged online. Mr. Gibson has experience in all aspects of this new area of law, which includes Internet defamation, traffic diversion, trademark infringement,product diversion, false reviews, copyright infringement, SEO manipulation, and public disclosure of private facts.

His career highlights include: Mr. Gibson has established a reputation as a go-to counselor for Internet Defamation. He has written a number of articles for popular media and trade including an article called "Identifying and Nailing the Online Defamer," which was featured in PR News. Mr. Gibson is frequently interviewed by the media (both broadcast and print) regarding Internet crisis matters. He is also the editor of the Internet Defamation Removal Attorneys' blog. The blog offers readers with useful information concerning Internet matters, which includes new types of attacks individuals and businesses are facing online, new risks, and strategies for removing damaging content.

Since 2009, Mr. Gibson has been recognized as a "Rising Star" by Super Lawyers every year. He has presented seminars on several topics, which includes social media, cyberbullying, and electronic discovery in complex litigation. Mr. Gibsonhas been admitted to the State Bar of Ohio.

He was born and raised in Dayton, OH. Mr. Gibson received his B.S. from Penn State University in 2000 and earned his J.D. from the University of Cincinnati College of Law in 2004, where he served as an Associate member of the Cincinnati Law Review and was awarded the prestigious Order of the Coif.

Why did he decide to become an attorney? "I liked the competition aspect, I liked that no day is the same and it is a job where you can help people."

Mr. Gibson has experience in all aspects of Internet defamation. What motivated him to specialize in this particular area of the law? "I saw businesses and individuals being attacked online by various parties such as disgruntled former employees, customers, and ex-business partners. These businesses and individuals did not know what to do, and I wanted to develop the best solutions for them."

What is the best part of his job? "Being able to help good people stand up against bad people attacking them on the Internet and getting bad information about our clients removed from the Internet."

Is there an area of practice Mr. Gibson would like to develop further into?"I would like to be more of a consultant for companies for how to manage online reputation issues."

If he were not a lawyer, what would he most probably be doing? "I would probably work in business doing business marketing."

He has presented seminars on various topics, including cyberbullying, social media and electronic discovery in complex litigation. What are parent's biggest concerns when it comes to cyberbullying? What can children do to avoid cyberbullying? Mr. Gibson said:

"While technology has changed how some kids are bullied, the concerns among parents are not really that different. Sometimes a child may not realize a peer's behavior is bullying or, alternatively, are afraid to speak up.

It is difficult to say exactly what a child can do to avoid cyberbullying, as it is difficult to control other parents' children's behavior. Bullying is not acceptable, and it is important that a parent make sure that his or her children understand that and not to allow someone to bully them on the computer or via their phone. Informed parents and informed children is important."

Where does Mr. Gibson see himself in five years' time? "Continuing to help businesses with online attacks and also directing an organization that provides best practices for businesses in handling reputation issues."

Daily updation of news, sending news-wires, and email alerts are great features of LawCrossing. Thanks!
John

LawCrossing Fact #94: Because LawCrossing does not give out, lease, or sell users’ information, users can enjoy stress-free job searches.