Share
Tweet
Linkedin
296 Views
What do you think about this article? Rate it using the stars above and let us know what you think in the comments below. 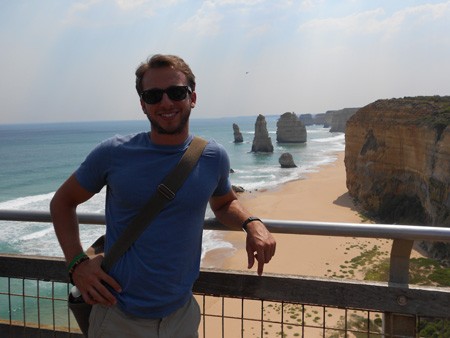 Brian E. Berger graduated from Boston University School of Law in January 2014. Although he has several areas of interest, he plans on practicing Corporate Law in Houston, TX.

At Boston University School of Law, he was a member of the American Constitution Society and he served as president of the organization in 2012. Brian was also a member of the BU Law Softball Team and he served as a Staff Member for the Review of Banking & Financial Law, which published his work: The Professional Responsibility of Lawyers and the Financial Crisis, 31 REV. BANKING & FIN. L. 3 (2011). He earned the Paul J. Liacos Scholarship, which recognizes students in the top ten percent based on their 2L Grade Point Average.

From June 2011 to August 2011, Brian served as a research assistant for law professor Frank S. Alexander who teaches at Emory University School of Law. He researched state foreclosure laws and origins of subprime mortgage crisis. Brian also edited and made significant revisions to his article, which was featured in the Review of Banking & Financial Law. In addition to working for Professor Alexander, he served as a legal intern for ACCION International, Office of General Counsel based in Boston, MA. Brian drafted international loan agreements and employment contracts. He researched and wrote memoranda on issues of tax exemption, non-profit law, and employment law. Brian also improved the company's hiring and contract review policies.

From September 2012 to December 2012, he served as a legal extern for the Massachusetts Securities Division in Boston, MA. Brian examined consumer complaints alleging securities fraud, reviewed documentary evidence, and participated in depositions. He also formulated a fraud theory based on the Massachusetts Uniform Securities Act.

From May 2012 to November 2012 and from July 2013 to December 2013, he served as a law clerk for the Federal Deposit Insurance Corporation, Legal Division based in Braintree, MA. Brian researched federal and state banking laws. He drafted advisory opinions on risk management and consumer protection matters. Brian assisted attorneys in developing legal strategies for enforcement actions and he drafted motions. He also organized depositions in preparation for litigation and investigated incidences of bank fraud.

When the University of Florida alumnus isn't studying, he enjoys music, traveling, and is into physical fitness. Brian's favorite book is Ernest Hemingway's For Whom the Bell Tolls.

Why did Brian go into the law? "I have a very deductive mind, so the study of law and legal practice suits me. The law allows me to use my mental faculties in a way that is both productive and fulfilling. In addition, I hope to contribute to society in some small way by advising the individuals and firms that are vital to our economy. Of course, I also would like to make a good living."

What are the areas of the law he hopes to practice? "I would like to practice corporate law. I hope to help companies grow and become more productive by advising them on transactions. I also like tax law because I miss math and it involves unique problems in the law."

Are there any particular achievements that he has been involved in which he would like to share with our readers? "I took a semester off from law school to travel the world, and still graduated with a 3.66 GPA."

When asked about his key accomplishments, Brian stated, "Traveling the world by myself; graduating from law school; and recovering from a lackluster 1L year."

He discussed his key strengths and skills that he would like to use to advance his career goals. Brian noted:

"I have a tremendous work ethic. I understand the value of hard work and recognize that there is no substitute. I believe in doing things right the first time-no short cuts. I also take pride in my work product. Everything I put my name on has to be of the best possible quality, as I am very protective of my reputation as a top-flight worker. I enjoy being a go-to guy. When someone gives me an assignment, they can rest assured that it will be done professionally and on time. I take pride in that."

As for his weakness, he admitted:

"I have difficulty working in groups because I like for everything to be done exactly how I like. Sometimes, it is hard for me to let go and allow other people to do things their way. I've yet to figure out exactly how much work I am capable of doing. Sometimes, I am scared to take on more assignments for fear of not being able to devote my maximum effort to each. Usually, though, I end up feeling like I could have taken on more work."

Since law school can be hectic at times, Brian pointed out how he relieves stress. "When I get overwhelmed, I make a list of everything that I need to do. Then, I methodically complete the tasks on my list, crossing them off as I go."

Many readers are probably wondering how he handles new assignments. "First, I gather all of the information necessary to complete the assignment. Next, I hone in on the exact task or tasks at hand. After that, I make a game plan for everything that has to be done. Lastly, I execute and then review to make sure that everything has been completed correctly."

Where does Brian derive his confidence? "In my life, hard work has always been followed by success. As a result, I know in my heart that so long as I put in the time and effort, I can achieve anything. This has been proven time and again. My confidence is based on experience."

What Brian Expects Out of Life, Top Priority, Most Influential Traveling Experience, Coping with Fear and Major Obstacles

What does Brian want out of life? "I want a meaningful and spiritually fulfilling life."

What is his top priority outside of work? "International travel-so far, I have traveled to Australia, Europe, Southeast Asia, and India."

Does he have a most influential traveling experience? "I have traveled all over the world. The most influencing travel experience was India, which is a total bombardment of the spirit and senses. I met incredible and amazingly generous people, swam in the holy river Ganges, and drank tea at the Taj Mahal."

In regards to handling fear, Brian said, "I confront it."

Has he faced any obstacles in his life? "After becoming accustomed to excelling in school, I did not have a very good 1L year. But I recommitted myself to my studies, and by working hard, I was able to bring my GPA up to a very respectable average."

Does Brian have any legal role models? "David Hammer, for his ability to achieve excellence in his work and balance in his life."

What is his personal philosophy? "In the end, everything tends to unfold just as it should."

The future attorney discussed what he believes holds more truth in light of his personal philosophy. Was it fate or choice? "I believe that choice and fate are compatible and that the truth lies somewhere in between. While the choices we make are genuinely free ones, the book is already written, we are only turning the pages."

His favorite quote is by Junot Diaz: "If these years have taught me anything it is this: You can never run away. Not ever. The only way out is in." Brian said the quote resonates with him because it reminds him that no matter what challenges you are facing in life, you shouldn't avoid them. Instead, you should confront your challenges.

Is there anything else you care to share professionally or personally? "After attending law school in Boston, I moved to Houston, Texas, where I hope to practice corporate law. My parents, Deborah and Gary, were integral to my personal and professional development. I am eternally grateful for their support."

If you're trying to find a law student summer job, click here.

LawCrossing Fact #189: LawCrossing increases the efficiency of your job search by filtering the results and producing listings that are related to your field only.