Share
Tweet
Linkedin
160 Views
( 21 votes, average: 5 out of 5)
What do you think about this article? Rate it using the stars above and let us know what you think in the comments below. 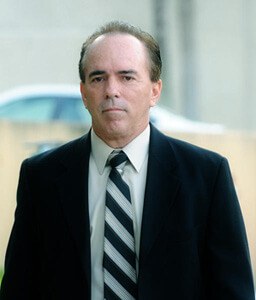 South Florida attorney Douglas Bates was sentenced to prison this week for his role in Scott Rothstein's $1.4 billion Ponzi scheme. Bates seemed taken aback when the judge ordered him sent directly to prison from court after sentencing him to five years in federal prison.

Bates had thought that he would get leniency because he cooperated with the federal prosecutors and help them file criminal charges against two Broward Sheriff's deputies who were fired for arresting Bates' ex-wife on false drug charges.

While Bates' cooperation might have been accepted with the investigators, it did not go down well with U.S. District Judge Donald Middlebrooks who expressed intense dislike for the role Bates played in having his ex-wife arrested, detained and falsely charged for drugs.

"In terms of his actions, I would [call it] evil rather than unsavory," the judge said. "Is there any other way to look at it?"

Even though Bates' defense pleaded that Bates would soon be disbarred, and be allowed to go home for a few weeks before checking into prison, Judge Middlebrooks refused to be swayed. He said that immediate punishment was the only way to set an example in the case.

The court also fined Bates $20,000 and sentenced him to two years in probation.

U.S. Marshals and courthouse staff later allowed Bates' current wife and daughter to meet him for a hug and say goodbye. His parting warning to other lawyers was "to be wary of friends and clients." He apologized to everyone and said that he blamed only himself for what happened.

"I ask myself every day how I could have allowed myself to be so stupid," he continued. "I was taken in by Rothstein [but] I don't blame him, I blame myself."

Even though prosecutors said that Bates was not aware of Rothstein's Ponzi scheme, they said Bates had been aware that what he was doing for Rothstein was meant to be used in fraud, including fraudulent legal opinion letters he drafted in 2008 and 2009 to mislead Rothstein's investors.

What I like the best about LawCrossing is the number of job postings on the site.
Trent