Share
Tweet
Linkedin
1 Views
( 1 vote, average: 2.1 out of 5)
What do you think about this article? Rate it using the stars above and let us know what you think in the comments below. 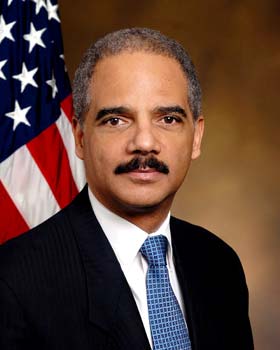 During a meeting of state attorneys general on Tuesday, U.S. Attorney General Eric Holder said that legal challenges to gay-marriage bans qualify as "exceptional circumstances" where an attorney general may decide not to defend such bans in courts of law. Effectively, Holder's comments and his lengthy explanation of his stand on the issue given in a New York Times interview gives a clear signal for attorneys general to stop defending gay marriage bans in constitutional challenges.

While speaking to the National Association of Attorneys General, Holder said, "I believe that we must be suspicious of legal classifications based solely on sexual orientation." If state attorneys general decide not to defend same-sex marriage bans then it would be easy for plaintiffs to win constitutional challenges in states that do not put marriage between heterosexual couples and marriage between same-sex couples on the same footing.

Holder's comments were severely criticized by the Republican Attorneys General Association, which issued a statement observing, "A state attorney general has a solemn duty to the state and its people to defend state laws and constitutional provisions against challenge under federal law. To refuse to do so because of personal policy preferences or political pressure erodes the rule of law on which all of our freedoms are founded."

However, if one reads between the lines, Holder's comments clearly indicate that any decision for not to defend the constitutional challenge against a law must be accompanied by careful reasoning, and should not be arbitrary.

Though it is rare for any U.S. Attorney General to suggest to state attorneys general when to defend state laws and when not, Holder said that when matters concern core constitutional issues like equal protection, an attorney general should apply the highest level of scrutiny, and "Engaging in that process and making that determination is something that's appropriate for an attorney general to do."

LawCrossing is the most helpful site to use and get your work done. I got what I was looking for. Thanks.
Peter