Understanding the thin line between Mediation and Arbitration

Share
Tweet
Linkedin
118 Views
( 17 votes, average: 4.3 out of 5)
What do you think about this article? Rate it using the stars above and let us know what you think in the comments below. 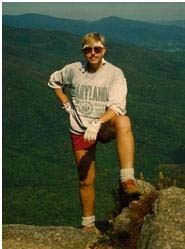 I began my career as an associate at a large Washington, DC firm, Steptoe & Johnson, which at that time had a great reputation for the quality of its written legal product and numbered among its partners two first-rate white-collar defense attorneys. Both of those factors had attracted me to Steptoe, but the opportunity to work on white-collar cases or to gain litigation experience wasn't forthcoming. So I decided to leave before I became addicted to the high pay at a national firm, and I took a salary cut to enter government service; the trade-off was the ability to gain real trial experience. I first joined the Enforcement Division of the Securities and Exchange Commission, where I took about 30 depositions in a year; and I transferred to the Criminal Section of DoJ's Tax Division when an opening occurred, and I subsequently investigated and prosecuted cases in 34 federal districts.

For me, the best part was the autonomy I had to develop cases and determine the investigative and trial strategies that I would pursue. There is nothing comparable to that freedom in private practice, where there is either a partner or a conflicts committee to worry about, and there are always the clients.

There are a number of negatives, both personal and professional. On the personal side, the salary does not match what one would make in private practice for equivalent work and responsibility (of course, that observation reflects my own experience, but attorneys who would come to the government from either a small firm or a solo practice might find the salary acceptable). The one thing I would note is that even now, with 32 years at the bar and numerous trials under my belt, I do not make what a first-year associate at my old firm makes.

On the professional side, there is inadequate support. A prosecutor might have a second chair assigned if that second chair is a new hire who is assigned so that he or she can gain trial experience: in other words, the second chair isn't much help and has to be tutored, guided, and most importantly watched and monitored. More burden than help. Frequently, the prosecutor and the case agent are on their own and do not have any support to arrange witness travel or to help to research issues that arise during trial. This is the flip side of the "autonomy" coin. I always found it amusing when defense counsel would complain to the court about having to face all the resources of the Government!!

Be sure that you will be comfortable operating with minimal supervision and guidance. The level of both vary between divisions at the DoJ, but essentially you will have to plan your cases, make decisions, and live with the consequences by yourself. If you are more comfortable receiving specific assignments and making regular progress reports, you should not become a criminal or civil trial attorney with the Government, but might be happy as an attorney at a regulatory agency.

My days were typically hectic, because I handled cases in a number of federal districts at the same time, and it made no difference if I was traveling for grand jury, hearings, or trial, if something came up in another matter I had to deal with. Even if left alone to concentrate on a single trial, there were never really enough hours in the day: to court for the day; arguing legal issues after the jury went home; back to the hotel to prep witnesses for the next day, or to the local US Attorney's office to research issues. Busy, but fulfilling - if you like being in charge.

My friends and law school classmates who went into private practice have made more money than me, but have had far fewer trials - and much less freedom to try those cases, even though they had ample support and co-counsel. On the other hand, they have had to deal with clients, which can be "trying" in its own right. Although it is subjective, I think I have had more fun as a federal prosecutor than my friends have had as litigators in private practice.

LawCrossing has jobs, career news, newswires, job alerts and many more features, not found on other general websites.
Tim

LawCrossing Fact #50: With hundreds of jobs being added daily, users are closer to finding their dream jobs than ever before.