What do you think is the Strangest American Law?

Share
Tweet
Linkedin
4 Views
( 2 votes, average: 4.8 out of 5)
What do you think about this article? Rate it using the stars above and let us know what you think in the comments below.
We asked attorneys and legal professionals throughout the U.S. what they thought was the strangest American law. Their answers will generate more debate, but we wanted to share their responses with our readers, as we found them interesting and enlightening. Here is what they had to say. 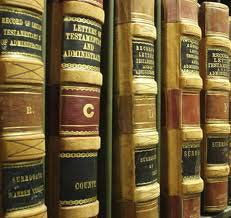 If a pregnant woman is hit by a car and loses the baby, the driver of the car who hit her is charged with vehicular manslaughter, but if the woman wants to kill the baby, then it is legal abortion. We have partial birth abortions where we deliver the baby in the breech position (feet first) the doctor then stabs the baby in the skull and suctions out its brains and delivers a dead baby. But if the baby slips all the way out of the birth canal before he does this and then does it, it is first degree murder. If you damage a bald eagle egg it is a $50,000 fine and 5 year sentence in a federal prison, but if you kill an unborn baby it is legal abortion. If we hacked up unwanted puppies the way that they do in legal abortions there is a prison sentence for cruelty to animals. The Roe v. Wade decision was a political one. The justices wrote that they could not determine when life began so they were legalizing murder. Determining when life begins is easy. All you have to do is to reverse engineer from death. Death, according to the law, is the cessation of the heartbeat and brain wave activity. Well, we can detect fetal heartbeats 18 days from conception before the woman even knows that she is pregnant. We can detect fetal brain wave activity 6 weeks from conception. Their argument falls flat on its face in the face of real science.


The strangest American Law is a law preventing women from exercising freedom relating to their bodies -- laws preventing or abridging women's rights to abortion, mammograms, or birth control.


My name is Inna Kraner and I am the Managing Editor for The Expert Institute, a New York-based company focused on custom recruiting high quality subject matter experts for law firms throughout the US.

A strange American law is that it is very hard for California domestic violence victims to drop the charges pressed against the defendant. Domestic violence is of course a very sensitive subject and it can produce significant consequences if an innocent person is accused of such a crime. There are many instances where people, because they are hurt, angry, or desperate, press fraudulent charges for DV when no violence has occurred. Yet, because the state of California treats these incidences as a crime against the state as well as the victim, it is difficult to have the (fraudulent) charges dismissed.


I think the fact that the term used by the family courts, "best interest of the children" was created by the Nazis, is the most interesting fact about law. The strangest law is that people are corporations. That divorce account numbers are changed and then placed on the stock market and sold. That the victim has no rights, but the criminals have all kinds of rights. In Michigan we have the no fault law, but you can be jailed for an accident even if you have an accident and no one was killed. Check out Maria Pena's case in the 61st District court of Michigan. Christian woman turns on a red light and hits a Christian preacher. I happen to know both people. A hundred years from now it will not matter what my bank account was, the sort of house I lived in, or the kind of car I drove . . . but the world may be different because I was important in the life of a non-custodial mother.

I experienced organized work and facilities on LawCrossing. Everything is at the right place and sequentially managed.
Abby