Share
Tweet
Linkedin
295 Views
( 39 votes, average: 4.9 out of 5)
What do you think about this article? Rate it using the stars above and let us know what you think in the comments below. 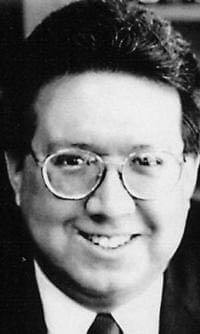 Colorado's third Judicial District Attorney Frank Ruybalid faces suspension on allegations of mishandling 16 criminal cases. He told the Denver Post that decreasing budgets and increasing caseloads were to be blamed.

Ruybalid, while admitting to the facts of the case against him, denied the rule violations as intentional citing the facts that his office has only three-full time prosecutors and one part-time prosecutor to cover four courts across an area of 6,300 square miles.

However, some allegations against Ruybalid's conduct seem to be serious, and as Ben Aisenberg, a current member of the Colorado State Bar's ethics committee and former president of the Bar told the Denver Post, some of the circumstances mentioned in the complaint against Ruybalid were extremely rare. Aisenberg said, "For someone to disobey a court order - especially in the criminal aspect - breaks down the whole administration of justice."

Ruybalid's district includes the Las Animas and Huerfano counties. According to Ruybalid, in 2012, his office handled 200 felony cases just in Animas County.

The complaint filed by the Colorado Attorney Regulations Counsel alleges that Ruybalid disobeyed court orders and intentionally violated state rules. He faces a suspension of his license or disbarment if he fails to substantiate his defense with a reasonable proof.

I found a job through LawCrossing. The site is informative, and the customer service was excellent. Thank you.
Maureen F.