You and a career as a lawyer 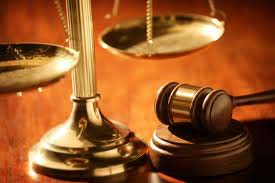 When you think of being a lawyer, you need to investigate all of the specialized fields in which you can work. Here are just a few areas:
David is the first lawyer in a family of educators. He has been in private practice for 15 years.

What first attracted you to a career in law?

I became fascinated with law in high school. One of my history teachers was interested in law and taught our class the legal aspects of many events in history. Also, while I was in high school, President Kennedy was assassinated and I read a lot about his life as a lawyer and politician and the legal issues associated with his assassination.

Did you need any special schooling or training?

After graduating from college, I attended law school at night and worked during the day to support myself. Then I had to pass the state bar examination so I could practice law in Indiana.

I work in a house that has been remodeled into an office. I also work in courthouses and other governmental offices in my home county and in neighboring counties.

Do you get to meet a lot of new people on the job?

The number of new people I meet depends on the type of case I handle. Criminal clients may refer their friends, but hopefully their first brush with the law is their last. Divorce and other family law clients are a mixture of new and former clients.

Why do you like practicing in a small firm?

As a lawyer in a small firm, I work directly with clients and avoid the bureaucracy of a larger firm, the government, or a corporation. Also, I have more control over my destiny. I don't have to be concerned that someone else's decisions will cause me to lose my job.

What advice would you give young people interested in a career in law?

Learn about anything that interests you so you know how to learn. This is essential to success in school. Learn to write well so judges will understand your written documents, and learn to express yourself very clearly so juries will know what you are talking about. Meet as many kinds of people as you can so you will know what the people on your juries are like.

I like helping people solve problems and like helping the government and citizens work together for their mutual betterment.

While attending college, I worked in various state government offices during the summer, which helped me understand the parts of the legal system that were involved in that particular office. After graduation from college, I worked in the revenue department of the state government during the day and attended law school at night. My job taught me more about courts as well as the management of people. When I finished law school, I spent two months reviewing everything that I had learned in school in order to pass the state bar examination that would let me practice law in Indiana.

Once I was successful in passing the bar, I attempted to start a law practice from my home, but too much business went to other lawyers because people who would have hired me forgot I was a lawyer since I didn't have an office. This turned out to be a poor place to start a career. So I decided to join with two more experienced lawyers who were practicing in the county seat of the county where I had lived since grade school. After working together for three-and-a-half years, one of the lawyers and I moved to our present office, where I have practiced for the past 2 years.

Jane was appointed a state judge in Illinois after 15 years of practice as a successful defense attorney.

What first attracted you to a career in law?

As a young girl, I always wanted to be a teacher. In high school, I worked as a teacher's aide during study hall. It was not until I took my first law class in college that I decided to become a lawyer.

Did you need any special schooling or training to become a lawyer?

Yes, you definitely need a bachelor's degree. You also need a bachelor of law (LL.B) or the degree of juris-doctor (J.D.). Then after graduation from law school, you need to keep informed about legal and non-legal developments that affect your practice through continuing legal education (CLE).

How do people become judges?

Judges are either elected or appointed. Most judges have practiced law for 10 or more years.

Every day brings exciting new challenges. As the date of each trial that I will preside over approaches, things can get extremely busy. During this period, I spend much of my time in the state library researching legal issues relating to the case. Judges have to be ready for each case. Once a case starts, long hours are often necessary depending on the complexity of the trial. I am able to take some of my work home, which is enjoyable for me. Overall, I am only in the courtroom 40 to 50 percent of the time. The rest is office and research time.

Do you get to meet a lot of people on the job?

Yes. Every trial brings me in touch with new people, whether it is an attorney, police officer, victim, relative of a victim, or another judge. My contact with these people is very important.

What advice would you give young people starting out in law?

Try to get an internship at a state capitol or courthouse. You need to become involved in government and learn how legal issues are handled in your state. Also, I would recommend that you take as many history classes as possible in high school and college because history is what makes up the law. Realize the importance of keeping up professionally throughout your career.

The things that I like best are:
By serving as defense attorney in many famous cases, Clarence Darrow has earned an important place in American legal history. He first gained prominence as a lawyer defending Eugene V. Debs in an 1894 labor strike case. He also defended striking miners and brought to the public's attention the horrid conditions in coal mines. After World War I, Darrow defended war protesters Richard Loeb and Nathan Loeb and saved them from a death sentence. His most famous case was the John T. Scopes case, in which he defended the right of a high school teacher to teach evolution. In his long career, he was always a legal champion of the unfortunate and oppressed as well as an attorney who brought drama to the courtroom through his eloquent oratory.