Share
Tweet
Linkedin
7 Views
( 4 votes, average: 4.4 out of 5)
What do you think about this article? Rate it using the stars above and let us know what you think in the comments below. 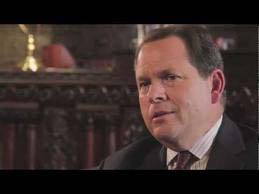 Last week, Gerald Rosen, chief judge of the U.S. District Court for Eastern Michigan expressed his concerns publicly over federal budget cuts affecting the judiciary and quality of justice. Rosen posted his concerns on the Detroit News on Friday, with his post titled "Federal courts are feeling the pain of budget cuts."

His post opened with a call for caution observing, "I write to sound an alarm about the very serious impact of federal budget cuts are having upon the quality of justice in our federal court system, both nationally and here in Michigan - and of the even more devastating effect steeper cuts now being considered by Congress will soon have."


Rosen mentioned that the federal judiciary, which is the third branch of government, has to carry out the constitutional responsibilities of fair and effective dispensation of justice, and handles some of the most significant cases, "not only in our nation, but in the world."

However, Rosen points out that the "third branch of the government" has to function with a budget "that is less than two-tenths of one percent of the entire federal budget."

Rosen observes that with such a budget, it is becoming difficult for the federal judiciary to carry out its constitutional responsibilities. While the federal judicial system is admired and respected throughout the world, it is "in grave jeopardy" of being irreparably damaged and destined to "not being able to perform its core functions."

Rosen referred to the recent reductions in the budget of Eastern District, which is one of the 10 largest in the nation, by 14 percent cut for personnel costs and 20 percent cuts in other costs, and that the district is trying to operate with $2 million less than last year.

The cuts are going to undermine the ability of the judiciary to ensure quality of justice "and the public's safety."

The chief judge of the Eastern Michigan federal court tersely observed that the "cuts are penny-wise and pound-foolish, costing taxpayers far more in the long run."

LawCrossing is a wonderful site. I can find legal jobs of my interest all over teh world!
Kelly

LawCrossing Fact #111: Read the stories of successful professionals in your field and find out how they got to the top! It can inspire you to pursue that dream job.