Share
Tweet
Linkedin
183 Views
( 25 votes, average: 5 out of 5)
What do you think about this article? Rate it using the stars above and let us know what you think in the comments below. 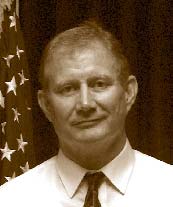 Grant Murray Snow was born in 1959 in Boulder City, NV. In 1984, he graduated with a B.A. from Brigham Young University. Snow also earned his J.D. from J. Reuben Clark Law School at BYU in 1987.


On December 11, 2007, President George W. Bush nominated Snow to a seat on the United States District Court for the District of Arizona. On June 26, 2008, the United States Senate confirmed the judge. On July 23, 2008, Snow received his commission.

According to a New York Times editorial, "Judge Finds Violations of Rights by Sheriff," on Friday, May 24th, 2013, Snow concluded that the Maricopa County Sheriff's Office (MCSO) as well as Maricopa County Sheriff Joe Arpaio violated the 1964 Civil Rights Act. The judge ruled that MCSO and Sheriff Arpaio committed acts of racial profiling against Latinos. Arpaio and his deputies had infringed the constitutional rights of Latinos after they systematically targeted the minorities through traffic stops and raids in Maricopa County.

The AP column pointed out that Snow's ruling was "the most decisive defeat" for Arpaio. The sheriff is well known for his strict approach on immigration enforcement and he has instructed his eight hundred deputies to implement his immigration enforcement agenda. However, Snow's judgment (142 pages), criticizes Arpaio's practices and policies regarding detaining Latino immigrants who were in the U.S. illegally. The judge noted that most of the immigrants faced civil violations. Snow continued to say that Arpaio relied on illegal detentions and racial profiling to cease Latino immigration. He also acknowledged that Arpaio and his deputies had targeted legal residents and American citizens.

According to the AP editorial, Snow's judgment banned MCSO from using racial profiling to help decide whether or not to pull over any vehicle that contains individuals of "Latino ancestry." The ruling also prohibits the sheriff's office from deciding whether Latinos entered the U.S. without authorization. Maricopa County deputies can no longer report Latino individuals who are stopped in their vehicles to federal immigration authorities or hold, arrest, or detain them, unless law enforcement can prove more than a "reasonable belief" that the Latinos entered the U.S. illegally. Snow's ruling stated that if deputies wanted to detain Latinos, they must also have practical doubt that these immigrants committed crimes or are breaking Arizona's employment and human-trafficking laws.

The AP column stated that Tim Casey, an attorney representing MCSO, planned on appealing Snow's ruling. However, in the meantime, Casey said MCSO would "comply with the spirit of the court's decision." The attorney explained that MCSO's position is that it "has never used race and never will use race to make any law enforcement decision." Casey emphasized that MCSO received its training from the U.S. Immigration and Customs Enforcement agency. Casey asserted, "It's obvious it received bad training from the federal government."

The AP article reports that Snow's ruling comes as a result of a 2012 federal civil trial. That class-action lawsuit charged MCSO and Arpaio for stopping, questioning, detaining and racially profiling Latinos. The lawsuit accused deputies for singling out Latinos when they carried out law enforcement operations. Although Snow was critical of Arpaio's policies against Latinos, he said "regardless of the type of enforcement" applied by Arpaio's deputies-targeted patrols in places visited by day laborers, traffic stops or workplace raids-authorities had to keep a record of the number of individuals detained as a result of state charges and federal immigration violations.

According to the AP editorial, Cecillia Wang, director of the Immigrants' Rights Project at the American Civil Liberties Union, which was one of the entities that filed against MCSO and Arpaio, stated, "Let this be a warning to anyone who hides behind a badge to wage their own private campaign against Latinos or immigrants that there is no exception in the Constitution for violating people's rights in immigration enforcement."

LawCrossing is so easy to use! No more sifting through tons of useless listings. LawCrossing does the work for you.
Kelly R.

LawCrossing Fact #157: Since we charge our users a minimal fee, they have access to many jobs available around the country!